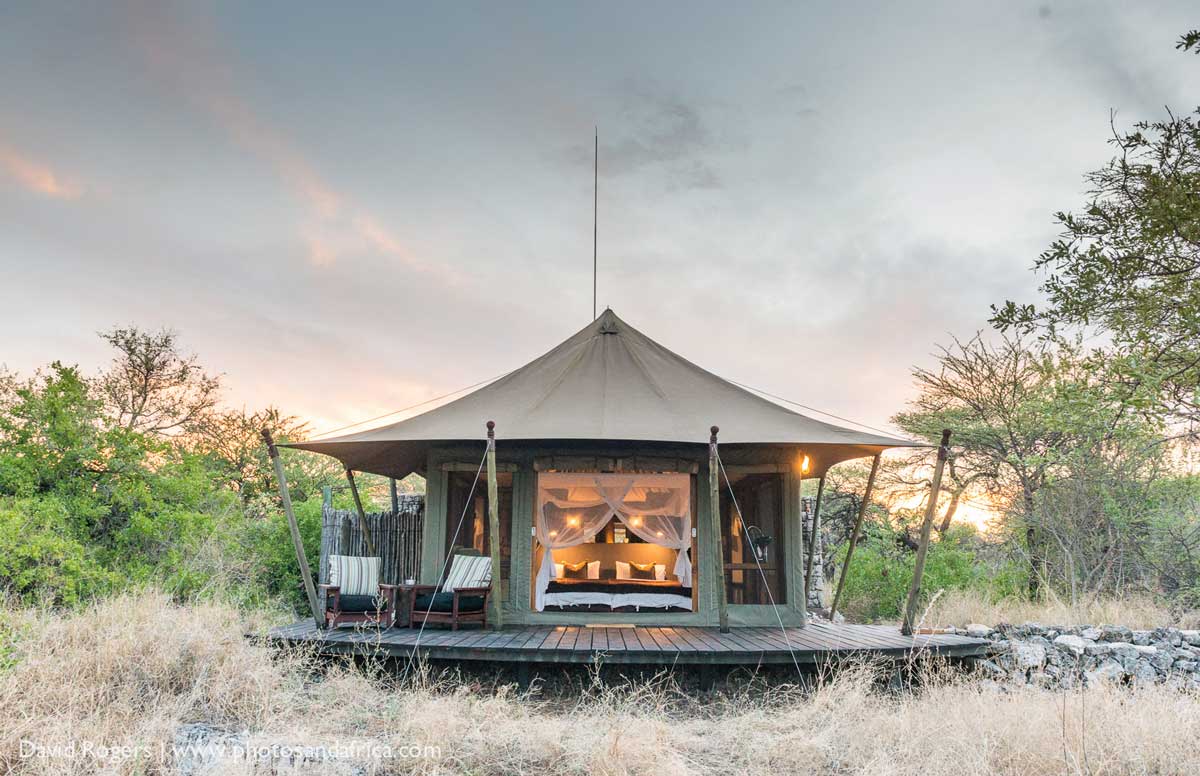 Onguma Tented Camp is the epitome of Namibian luxury

Namibia is home to superb luxury safari lodges in spectacular locations, often on private concessions in wilderness areas where part of the luxury is going on game drives without seeing other cars. Most of the luxury lodges in the country are concentrated around the most popular destinations, with excellent properties in and around Etosha National Park, in the NamibRand Nature Reserve, on private reserves near Sossusvlei, in the Waterberg Plateau area and in Twyfelfontein, while there are also intimate high-end lodges and camps in Namibia’s more remote areas such as the Skeleton Coast and Kaokoveld, some of which are only accessible by light aircraft.

If budget isn’t an issue, fly-in safaris are the ultimate way to experience Namibia. On a fly-in safari, you’ll travel Namibia in a small plane, flying between exclusive high-end safari camps in remote areas and visiting a number of parks and reserves along the way. With Namibia’s vast distances and 4x4-accessible areas, doing a fly-in safari is the best way of maximising the time on your trip. Fly-in safaris usually include everything from accommodation, meals and drinks to activities such as game drives.