On March 21, 1990, Namibia, a nation in southern Africa, declared independence from South Africa. The indigenous peoples of the nation were the San, Nama, and Damara. Later, during the Bantu expansion, Bantu immigrants arrived in the region.

Since then, the Bantu people known as the Ovambo have become the majority of Namibia’s population, and their language, Oshiwambo, has become the country’s most commonly spoken language. Which already shows the diversity in languages in Namibia.

From 1884 to 1915, Namibia was occupied by German forces and acted as a German Empire colony. The League of Nations mandated Namibia to the United Kingdom after World War I, and it was ruled by South Africa.

The country’s official languages in Namibia, during this time, were Afrikaans and English. Apartheid was also introduced in Namibia in 1948. Namibia gained full independence from South Africa in 1990, after years of unrest.

Namibia has a population of 2.1 million people and is sparsely populated due to the vast Namib Desert, which covers most of the region. Despite its limited population, Namibia has a complex linguistic environment, with languages in Namibia ranging from the Indo-European, Khoisan, and Bantu families spoken. 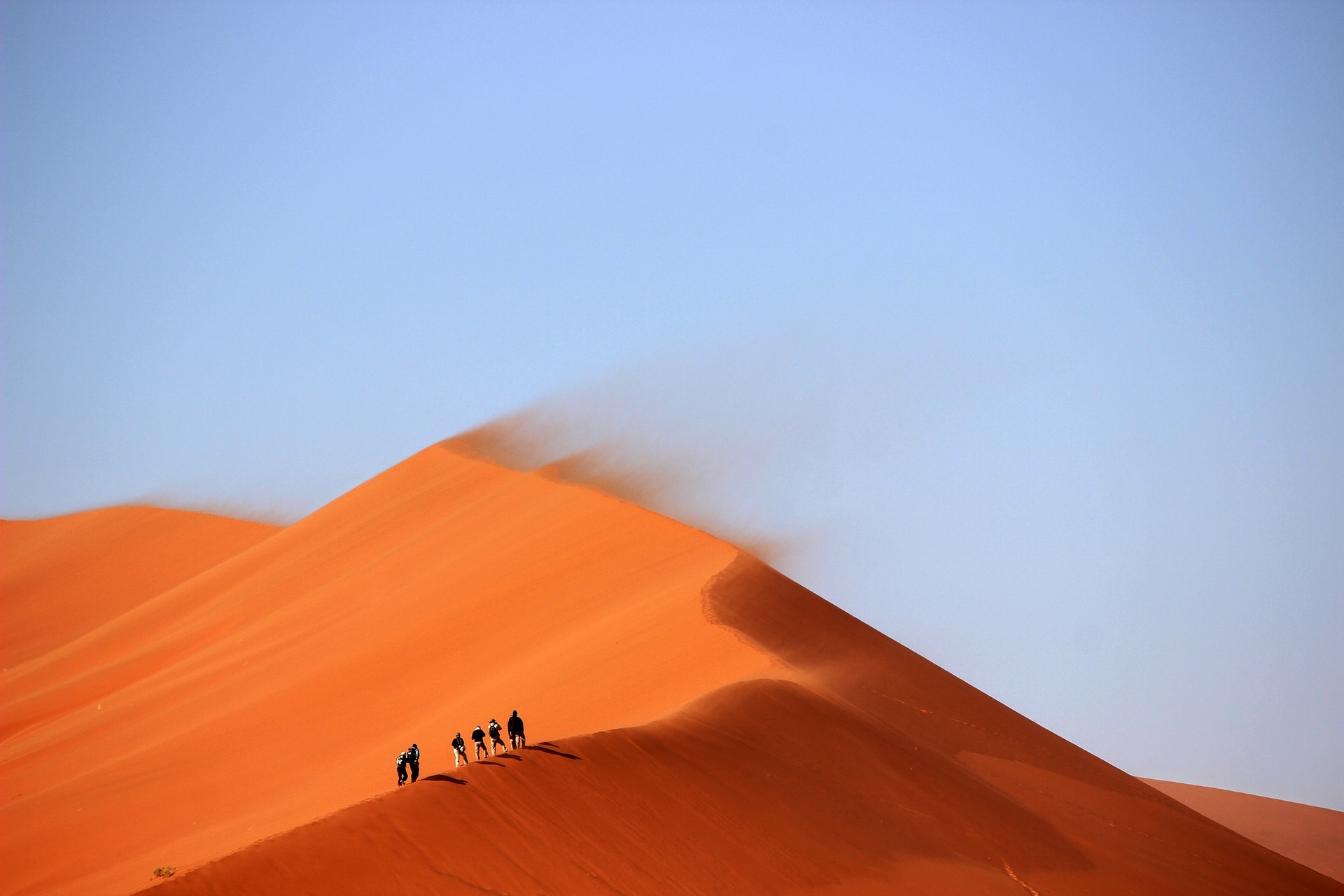 Oshiwambo is spoken by the majority (48%) of Namibians, especially the Ovambo people who live in the region formerly known as Ovamboland.

The Khoekhoe languages in Namibia’s second most widely spoken indigenous language, with approximately 11% of the population speaking it. About the same number of people speak Afrikaans. The Hereo and Kwangali languages are spoken by 10% of the Namibian population.

Namibia is a safe, tourist-friendly country with excellent infrastructure despite its sparse habitation, so as a solo traveller you don’t need to worry about safety.…

A relaxed safari holiday in Namibia

The huge empty spaces and unspoiled wild places of Namibia make you feel like you’re a million miles away from civilisation, which for many people provides the basis…

The fourth largest national park in the world, the Namib-Naukluft National Park is a 50 000 square kilometre wilderness in the Namib Desert: a place of shifting…