The great migration isn’t a single event, but rather a constant commute for herds following Africa’s rains … and the land they bring to life. There’s no real start and finish to the migration, but rather a clockwise grazing and reproduction route that has followed the same pattern for thousands of years.

Every year, millions of wildebeest and other plains game embark on a journey, mapped by instinct, that follows Africa’s seasons in search of fertile land. This is the great Serengeti migration 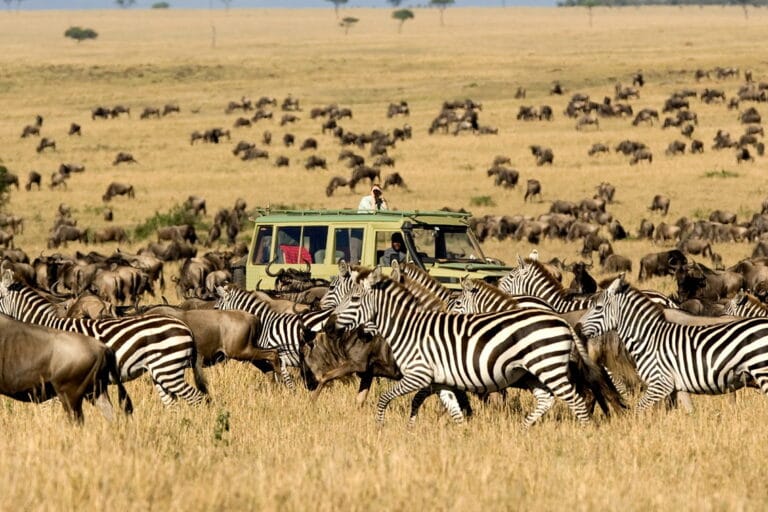 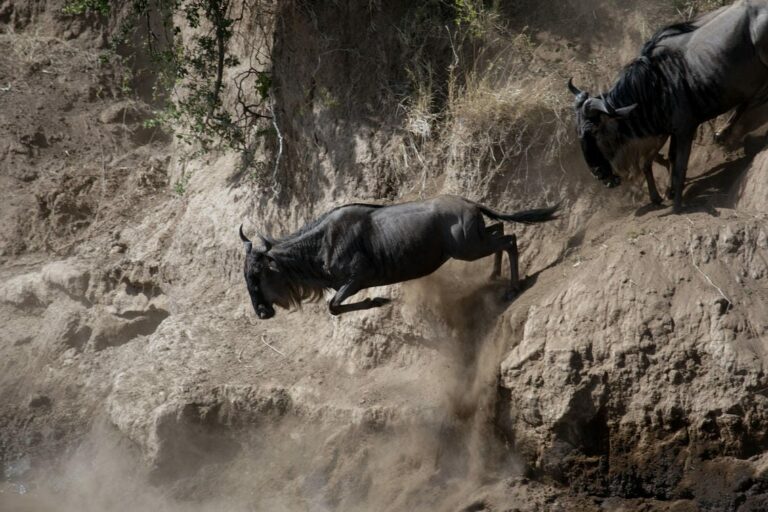 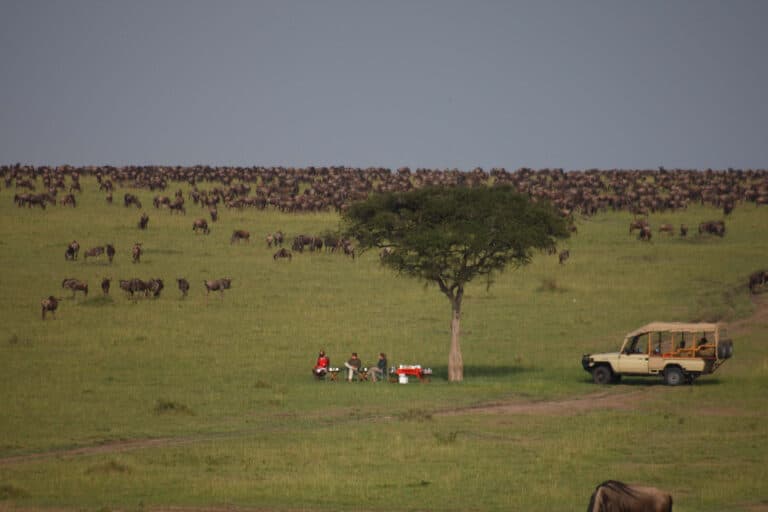 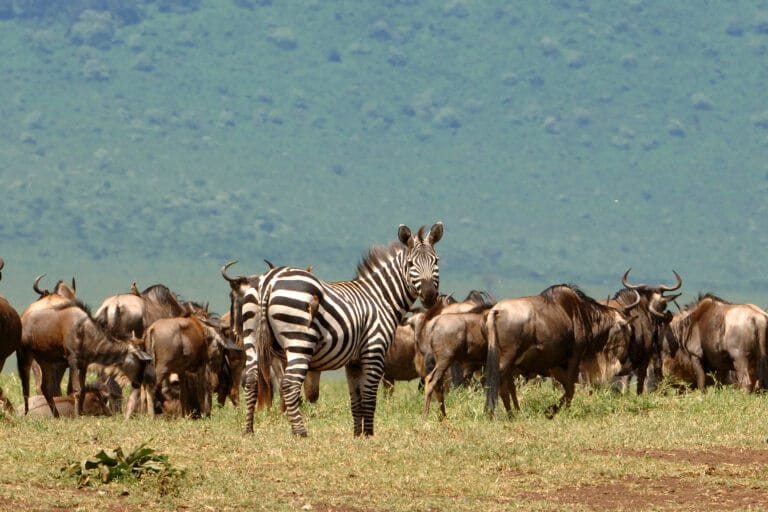 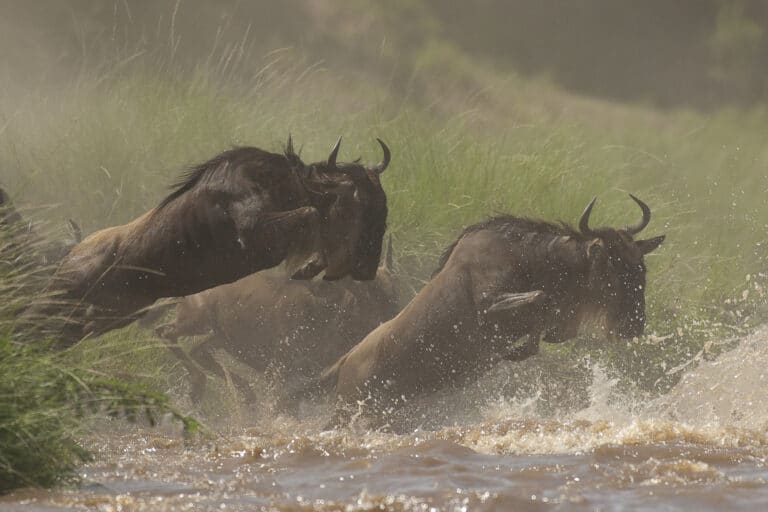 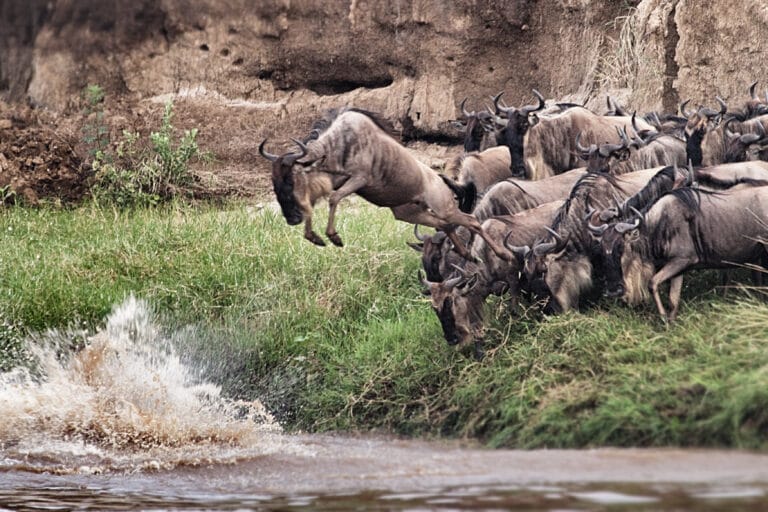 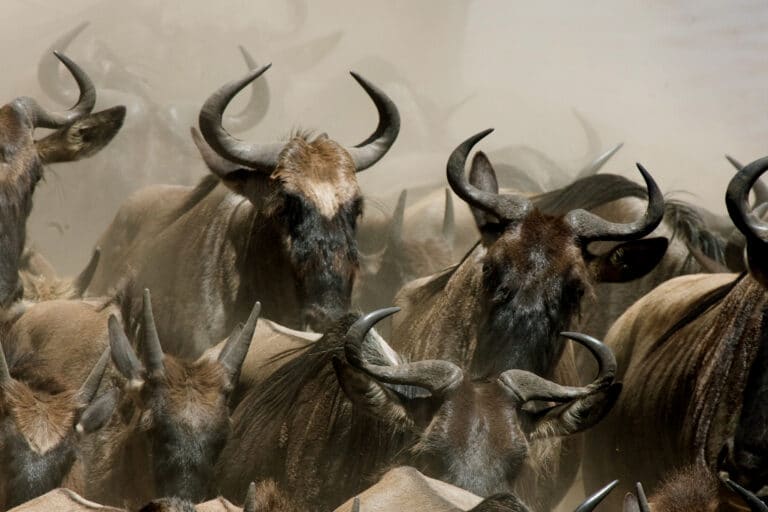 Along this path, key events occur that  are appealing to safari-goers, such as witnessing the thundering mass of animals, watching them cross the Mara River, the birth of their young, and the predators that accompany them.

Wildebeest make up 60% of the convoy’s volume, followed by zebras, Thomson’s gazelles and eland.

Volumes of wildlife gather on the southern Serengeti and Ndutu plains

This is the best time to experience the sheer volume of the migration. The flat, green plains and uninterrupted views serve up one of the best opportunities to watch the massive movement of wildlife, and the core Ndutu and southern Serengeti areas are the best places to witness the spectacle.

From January to March, an estimated 8,000 young are born into their various wildebeest, zebra, Thomson’s gazelle and eland families. The plains between Naabi Hill Gate in the north, Gol Kopjes to the east, Olduvai Gorge in the south and west to Maswa thriving with new life. Safaris offer nail-biting highlights at this point, with plenty of action that is not always suitable for the faint-hearted. The newborns are fragile and easy targets for predators. Lions, cheetahs, hyenas and even jackals scramble for opportunities to fill their bellies.

From July to September, migration safaris hold the excitement of herds crossing the Mara River. As the animals enter the water, individuals are taken by crocodiles. Their sacrifice secures the survival of this extraordinary journey of species.

These two periods – January to March and July to September – are the best times to experience the most thrilling migration activity. Although the animals are still on the move during the months between and on either side of these times, they don’t offer particularly exciting viewing for two main reasons:

From April to June, once the bulk of their youngsters have found their feet, the herds continue their journey north in search of new grass. The long rains of April and May provide enough water and grazing for the animals to spread out over the entire southern Serengeti plains. From east to west they split up into smaller herds in a slow but definite move towards the north.

From October to December the herds are scattered throughout the greater Masai Mara conservancies (often even into Loliondo) and the hills and valleys of the north-eastern Serengeti. At this time of year it’s not uncommon to find animals in front of your camp in the evening. However, they will have disappeared by the following morning, having continued their journey southwards. This leg of the migration happens in stages and the herds split up into even smaller herds and groups.

In April and May the heavens open and the Serengeti is showered daily with rain that manages to close many seasonal roads surrounding the area.

May and June make it into the top three best possible times to see herds on migration safaris (when the roads are open again). In June and July herds are harder to track on migration safaris, with the limited road network and private Grumeti Reserves concession in the way.

By October, the animals have depleted the Mara plains of grass and the natural instinct that propels each one kicks in and has them venturing south once more to find fresh grazing. Remarkably, they arrive on the plains at Ndutu a few days after the first rain of the season has fallen. The herd leaves decent-enough grazing at Lobo and the Bologonja Springs and set off southwards again across the eastern and central savanna woodland.

Here, the animals spread out to areas with water and grazing that allow them to be within striking distance of the Ndutu lakes and plains. During this time predators often lurk in the Lobo grass. Will you see a lion strike? Only your migration safari experience will tell…

Two of the best countries to witness this famed wildlife event are Tanzania and Kenya.

A good fact to bear in mind before planning your trip is rainfall patterns as they will change yearly so the migration will be dictated to by this, plan accordingly to avoid disappointment.

This inspiring wildlife event is made up of 1.5 million wildebeest yet also includes roughly 200,000 zebra with less impressive amounts of Grant’s gazelle eland, impala and Thompson’s gazelle.

This migration is the lengthiest and major animal migration on planet earth. It’s believed that the herds traverse roughly 500 miles or 800kms on average for the duration of every migration.

It’s believed that roughly 3000 lions follow the migration; however these are not the only predators as crocodiles can also be a huge danger to the migrating animals.

Basically The Migration follows the events of the wildebeest yearly (think of The Lion King). From January the annual rain starts to fall in the Serengeti which permits the female members of the herd to give birth.

However by March and April the precious wetlands have dried up forcing the great groups of animals to travel north towards Lake Victoria, this is the location for their mating season.

The last step of the migration happens when the animals start making their way through the Masai Mara around June or July this is considered to be a great time of year to gaze at the sight of literally thousands of animals making their way across the notably dangerous Mara River.

Camera, plus all the extras including spare batteries and memory cards.

Any kind of durable walking shoes or boots.

US dollar bills in smaller denominations.

For a more extensive list on what to take on a luxury safari consult this webpage.

Kenya has a season which is roughly titled ‘the long rains’ this is from late April, May and early June.

Kenya has a slightly cooler season with less rain and this is from late June until October.

Kenya experiences a second rainy second which is aptly titled ‘short rains’ this takes place in November and December.

Then the dry season commences from roughly the middle of December until March. Obviously rainfall changes from year to year so this is just an estimate.

Tanzania experiences a tropical climate in the coastal regions which are generally humid and scorching.

Whilst weather in the mountain areas are cool and temperate. The country also experiences two rainy seasons which are October to December (short rainy season) and March to June (long rainy season).

Have a picnic on the Tanzanian side of the Mara River.

One of our amazing travel consultants at Discover Africa will ensure that your accommodation needs are met whilst experiencing this awe-inspiring nature event.

Whatever your wish and demand, we can make it come true, whether it’s a secret, romantic safari lodge for your honeymoon or an exclusive luxury tented camp site we really do have various options to make your stay an unforgettable experience.

There really is a world of accommodation facilities to choose from when deciding to go on a safari to witness the world cup of wildlife events, The great Migration. 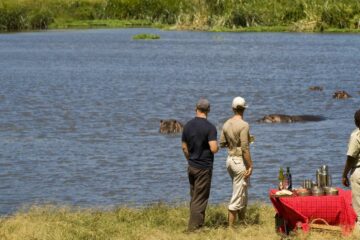 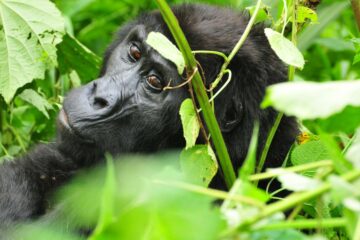 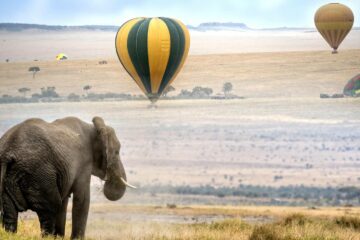 FAQs about Migration Safaris in Africa

Tanzania is best visited during the dry season, which runs from late June to October and is when you see the wildlife cross predator infested waters in unforgettable numbers.

What Destinations have Migration Safaris in Africa 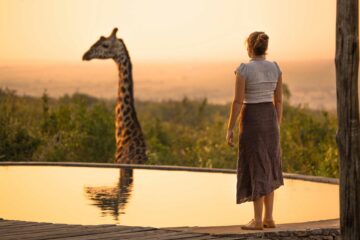 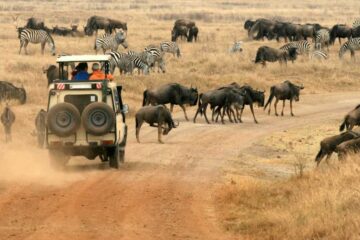 First safari experience, but not the last!

Megan and Andre rocks! thank you so much. 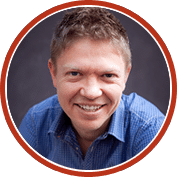