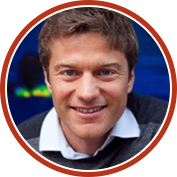 I recently heard Rob Caskie speak at a charity event at Westerford High School and was uttery enthralled by his amazing ability to talk you through history as if you're a fly on the wall.

A senior lecturer at Fugitives' Drift, Rob Caskie conducts many talks for charities, corporations and educational institutes around South Africa.

With a background in agriculture, Rob spent most of his early years on the farms of the Natal Midlands and went on to study at the University of Natal. Rob travelled Africa with Kingsley Holgate as the expedition’s photographer and has provided a couple photographic gems to National Geographic.

His travels and subsequent experiences have proved invaluable not only on the battlefields, but in all elements of the management of Fugitives’ Drift.

Rob's talk on ‘Scott and Shackleton's expeditions to the Antarctic’ will be showcased by the Royal Geographic Society in 2012.