October is peak safari season in Zambia – but it’s hot! Known locally as ‘suicide month’ the relentless heat hits the low-lying regions hardest, especially the Luangwa and Zambezi valleys where temperatures in the shade can reach well above 40°C. This includes Livingstone and Victoria Falls where white-water rafting is no longer just about the world-class rapids, for many it’s simply a great way to cool down. A stint on Lake Kariba is ideal at this time of year. It’s arguably the best month to catch giant tigerfish and in the deeper waters it’s also safe to swim. 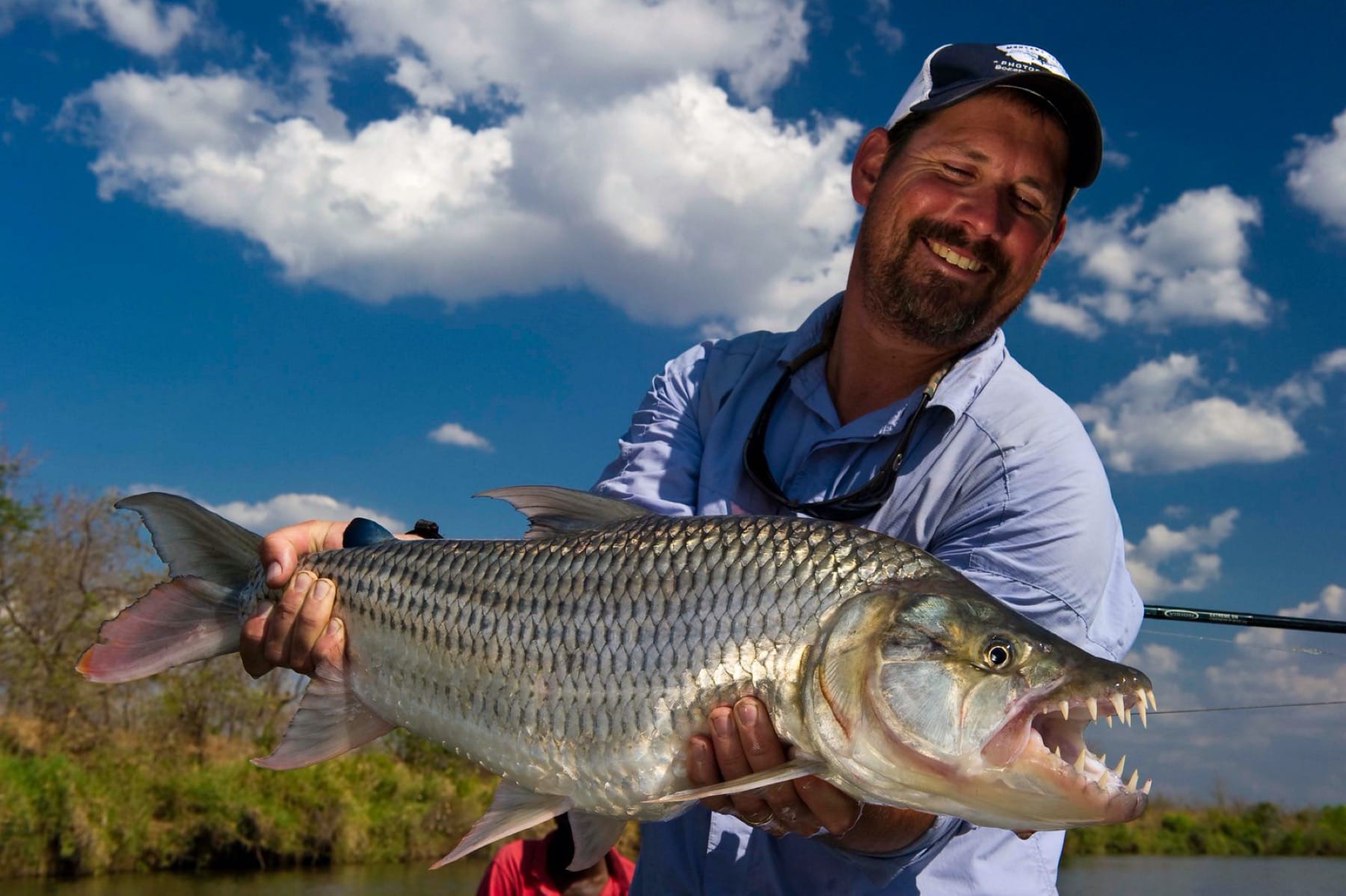 It may be relatively safe out deep, but the shoreline can appear especially treacherous. October is the start of the crocodile nesting season and it’s an excellent time to see them out of the water. As even the bigger rivers begin to dry out, thousands of hippos are forced into the ever-shrinking pools. In some places, many hundreds are crammed cheek-to-jowl and, grumpy to begin with, their constant jostling and roaring fights can be quite a sight.

The permanent water is where all the action takes place and on the riverbanks you’ll see large, mixed groups of herbivores alongside giant herds of buffalo and thirsty elephant. October is also a great month to see lions – they’re never far from the water and in the heat of the day they’ll loll around in the shade for hours.

In Liuwa Plain National Park the wildebeest are gathering, and by the end of the month their numbers may be many thousand strong. In November and December, they’ll move down out of the plains in what is Africa’s second largest wildebeest migration. The migration itself is dictated by the start of the rains further north so the exact timings vary year to year. In wet years, parts of Zambia will get a first sprinkling of rain at the end of October, but it’s rarely more than a shower and does little to diminish the heat.

October is a mixed time to visit Victoria Falls. It’s great for white-water rafting and the Devil’s Pool, but the flow over the falls is nearing its lowest ebb and there may be no water at all on the Zambian side. October lacks the mist and thunderous roar of April and May, but the views into the gorge are still beautiful and worth seeing. If you’re visiting in October, it’s a good idea to plan a daytrip across to the Zimbabwean side where there’s usually still good flow at this time of year.

Zambia’s visa regulations are fairly complex and change regularly, but broadly speaking there are three main categories. Firstly, those who are exempt from needing a…

What practical information should I know about Zambia? There are so many ways to experience Zambia that an entire book would be required for an exhaustive pre-holiday…

Just about every kind of holiday in Zambia is intrinsically relaxing – there’s something especially rejuvenating about spending time in such wild, pristine wilderness.…

Comprehensive medical insurance is essential for holidays to Zambia. It should include cover for emergency evacuation and private hospitalisation within Zambia, transfers…

Zambia’s village communities hold centuries of traditional wisdom to stop you in your tracks, but it’s Mother Nature’s ‘Smoke that Thunders’ (known as Victoria Falls to…