Kafue National Park is Zambia’s largest wildlife reserve and also one of the biggest in Africa. It covers more than 22000km² (2500km2 more than South Africa’s Kruger National Park), and the terrain varies significantly from north to south. The park’s top third is separated by the M9 highway and this northern section is defined by rivers, large and small. Seasonal floodplains and far-reaching, wildlife-rich wetlands dominate northern Kafue and as the Kafue River flows south, the surrounding area becomes increasingly drier. Large sections of Kalahari wood- and grassland make southern Kafue a perfect home to ever-growing populations of plains game as well as the park’s largest concentrations of elephant. 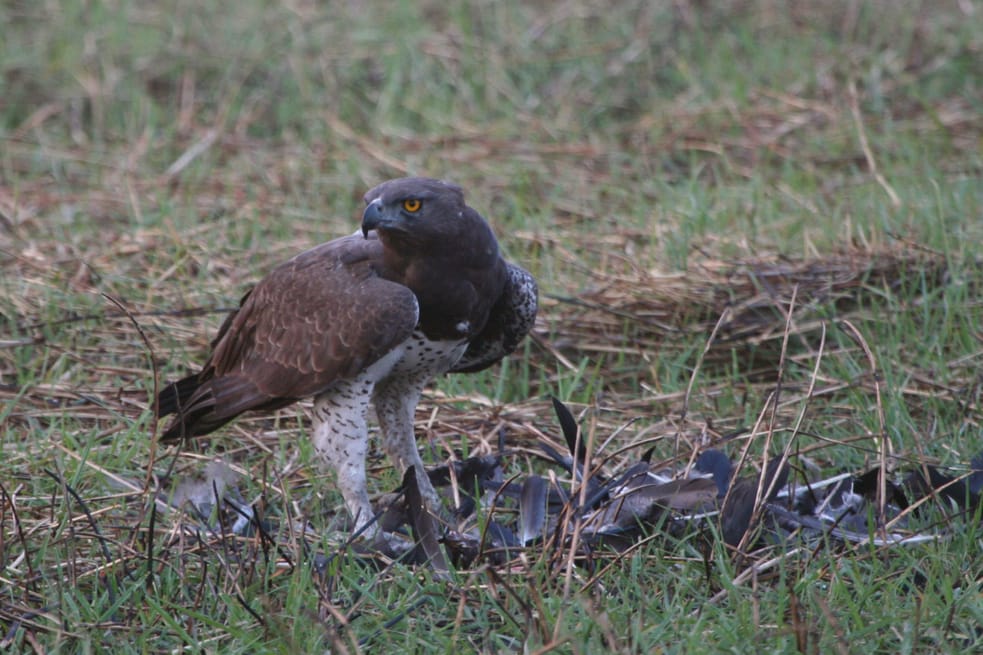 Birders will delight in the extreme northwest of the park where the Busanga Swamps, an official Ramsar site, attract close to 500 species, including large flocks of herons, egrets, and endangered wattle cranes. Numerous antelope species are also common in the north, especially kudu, bushbuck, eland, reedbuck, duiker, grysbok, lechwe and waterbuck. Buffalo and elephant can be found in large herds further south. Lion are widespread and there’s a particular pride in Busanga that’s known for climbing trees. Leopards are frequently spotted in forested areas, especially during night drives, though these are only permitted with certified guides, booked through a camp or lodge. Walking safaris are best during winter, while boat safaris are available along the Kafue River during the wet summer months.

The tarred M9 (also known as the Mongu Road) provides year-round access to the north, and Kafue’s main gate, Hook Bridge, can be reached in a four-hour drive from Lusaka. The park’s extensive internal road network is 4x4 only, however, and much of it is totally inaccessible from late November through April, when heavy rains turn the dirt tracks to mud. Wildlife is generally more prolific in the north of the park and this is also where a number of luxury lodges provide all-inclusive safari packages. Many of them stay open all year, offering fly-in safaris to avoid the bad roads. Camps in the central and southern sections tend to be more affordable, but without access by air they usually close during the worst of the rains.

May is arguably Zambia’s most beautiful month, with the vegetation at its lush best and Victoria Falls in full flow. By May, all of Zambia’s southern camps and lodges…

Technically Zambia has all the Big Five, but rhino are extremely rare and confined to the Mosi-oa-Tunya (Victoria Falls) and North Luangwa National Parks. Elephant,…

Many safari operators include emergency medical insurance in their rates, but this may only cover the immediate situation and exclude further treatment and/or…

Zambia is the ideal destination for a birding safari - one of the rarest birds in Africa, the Shoebill is found there. With over 700 species found throughout the diverse…