Several different routes can be used to ascend and descend Mount Kilimanjaro. All have their advantages and disadvantages, and the best choice for any given individual depends largely on their priorities. Consider, for instance, whether your sole priority is to summit the roof of Africa, or is it equally important to maximise wildlife viewing potential and opportunities for scenic photography? Are you looking to keep costs to a minimum by using the shortest and most popular ascent route (five days and four nights), or are you willing to splash out on a slower and more gradual ascent route, thereby reducing the risk of altitude-sickness or exposure-related issues? Would you prefer to stay in the relatively comfortable huts that service the most popular route, or are you willing to sleep under canvas (a potentially chilly prospect at higher altitudes) in order to get away from the crowds? Whatever your requirements, the following notes will help isolate the route that best meets them. 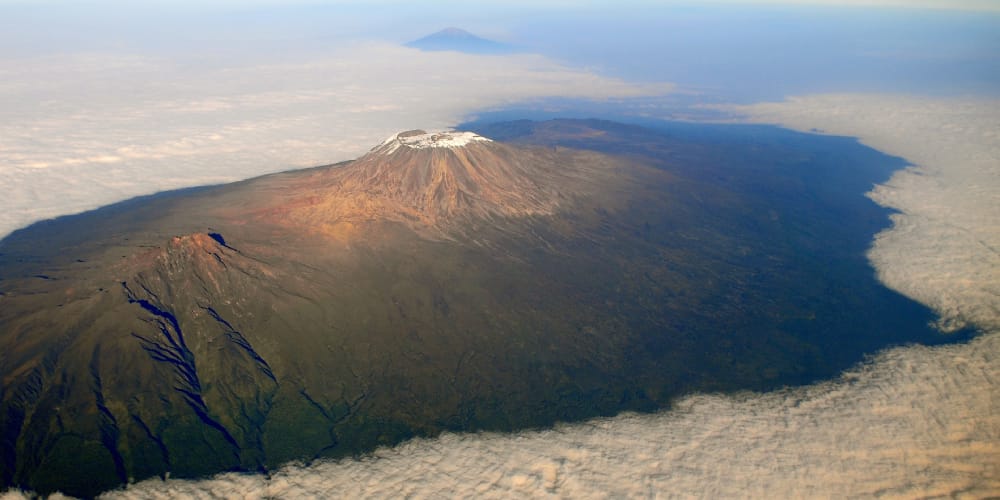 Starting at the Marangu Gate near the small town of the same name, this is by far the most popular route up Kilimanjaro. Advantages are that it is significantly cheaper than other more obscure routes, less arduous than most, and has the best rescue facilities. Marangu is also the only route where you can sleep in proper huts throughout, with the added bonus of bathing facilities and bottled drinks for sale. Unsurprisingly, the Marangu Route is to some extent a victim of its popularity - trampled by a greater volume of tourists than all other routes combined, it can feel pretty overcrowded, especially in peak seasons (late July to early October and mid-December to mid-January). 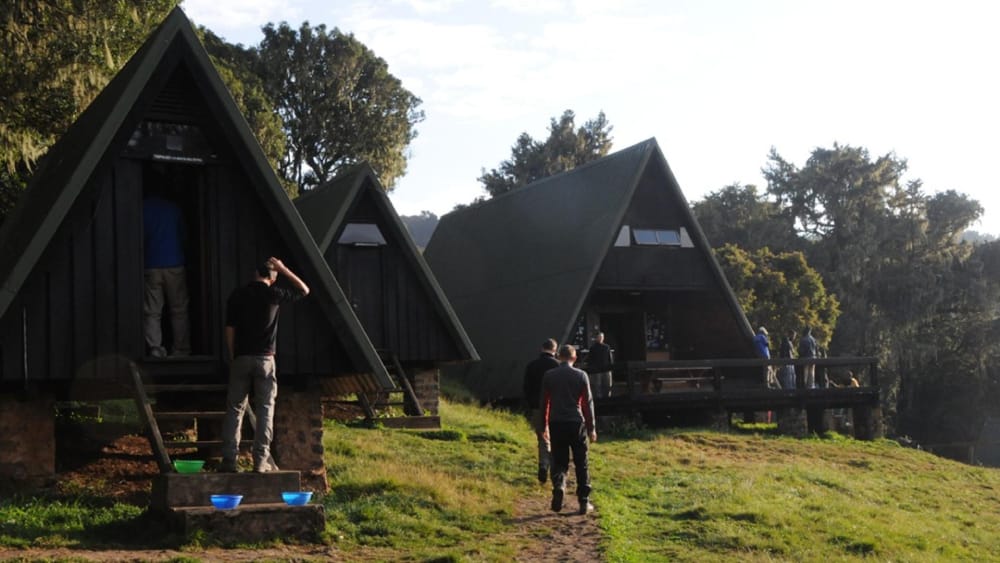 The ascent and descent of Marangu usually takes five days and four nights. Hikers spend the first night at Mandara Hut (set at 2,700m in the forest zone, and frequented by blue monkeys) and the second at Horombo Hut (situated at 3,720m in a valley studded with giant lobelia and groundsel). The third night starts at Kibo Hut (4,703m), from where it is customary to start the final ascent before 1am in order to reach Gillman’s Point at sunrise, then continue along the rim of Kibo Caldera to Uhuru Peak, the highest point in Africa, before returning to Horombo Hut for the fourth and final night. This is a demanding itinerary and the risk of altitude-related illness is greatly reduced by adding a full day and additional night at Horombo Hut before climbing into the alpine zone.

Requiring at least six days and renowned for its spectacular scenery, Machame is the second most popular route up Kilimanjaro. A few short sections are slightly tougher than anything along the Marangu Route, but overall the ascent is gentler and it allows for a longer period for acclimatisation prior to summiting. There used to be mountain huts along the Machame Route, but these are now in ruins, so camping is the only option. The first night is spent at Machame Hut, which stands at an altitude of 2,890m on the cusp of the forest and moorland zones. The second might is spent in the moorland at Shira Hut (3,840m), where it is possible to sleep in a cave. The most usual options for the third and fourth nights are Barranco Campsite (3,950m) and Barafu Hut (4,600m), then a midnight start is required to reach Stella Point on the Kibo rim at sunrise.

The fastest ascent route to the summit of Kilimanjaro starts at Mweka Wildlife College and involves two steep day hikes to spend the first night at Mweka Hut (3,100m) and second at Barafu Hut (4,600m), neither of which is actually habitable, so you will need to camp. In theory, you could summit at Stella Point on the third morning and could be back at the base of the mountain on the afternoon of the forth day. However, this option is viable only for supremely fit hikers with sufficient experience to know they don’t require much acclimatisation. In practise, it is most often used as a quick descent route by people who ascended along the the Machame or Shira route.

Connecting the village of Umbwe to Barranco Campsite (3,950m), this is possibly the most scenic official route up Kilimanjaro, but also the steepest, and the most dangerous, since it involves one short stretch of genuine rock climbing. It is occasionally used as a descent route, but many operators prefer not to take the risk. 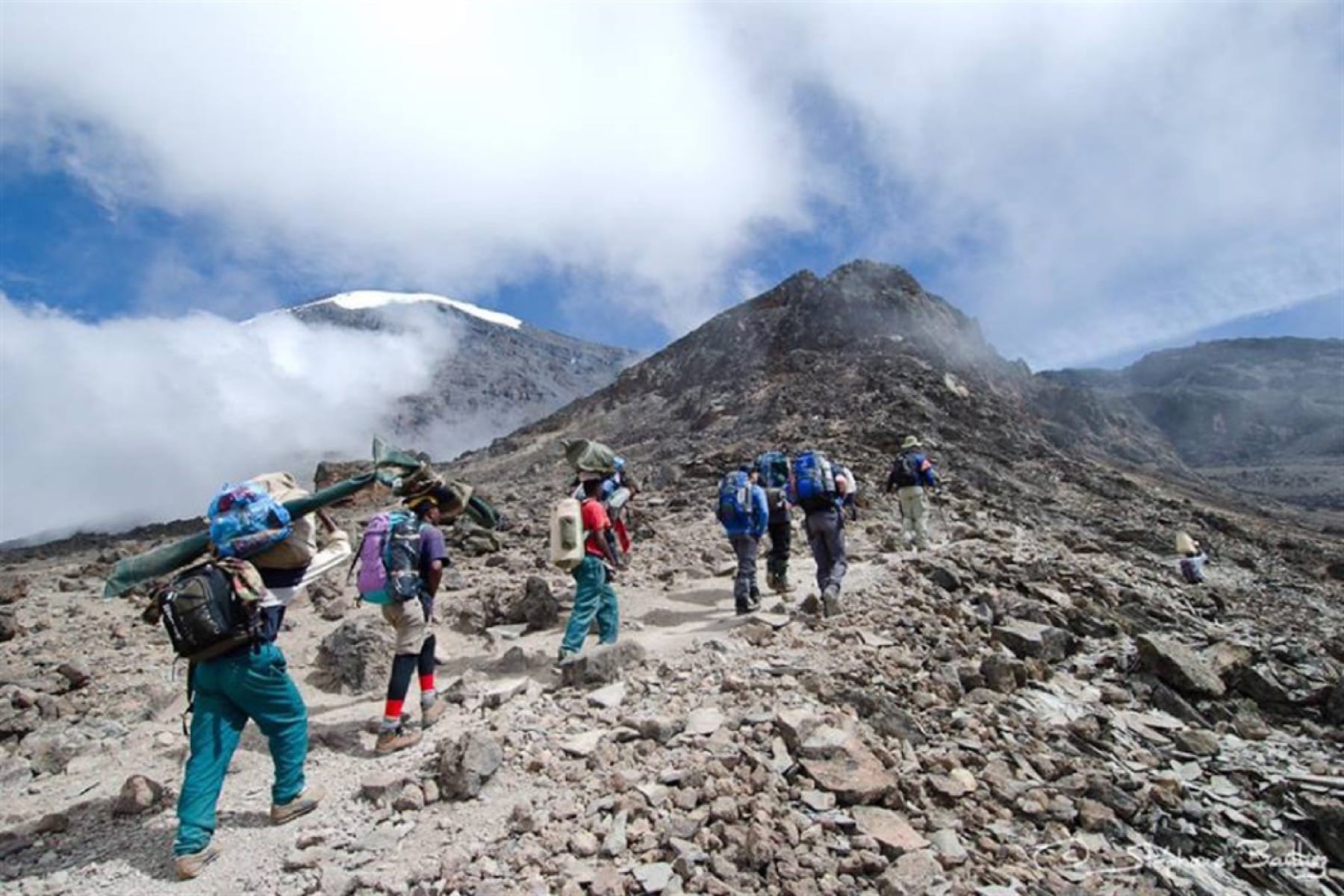 This most gradual of the ascent routes up Kilimanjaro starts at Shira Gate (3,590m) on the western flank and is ideally covered over six, seven or eight days. It crosses the scenic Shira Plateau, a tract of open Afro-alpine moorland that is studded with volcanic rock sculptures and which often hosts large mammals such as eland, elephant and buffalo. A disadvantage of this route is that it omits hiking through the forest zone (which might be no bad thing in the rainy season) but it also means you spend far longer above the 3,500m contour before starting to summit. It also tends to be very uncrowded, at last until it converges with the Machame Route prior to summiting at Stella Point. It is normal to descend through the forest zone following the Mweka Route.

This relatively new and very beautiful six- to eight-day route starts in the west and runs roughly parallel to and south of the Shira Route before converging with it on the second day. The main advantage over Shira is that it starts at a significantly lower altitude, which means you get to hike through the forest zone, and are less likely to experience altitude-related issues on the first day or two. 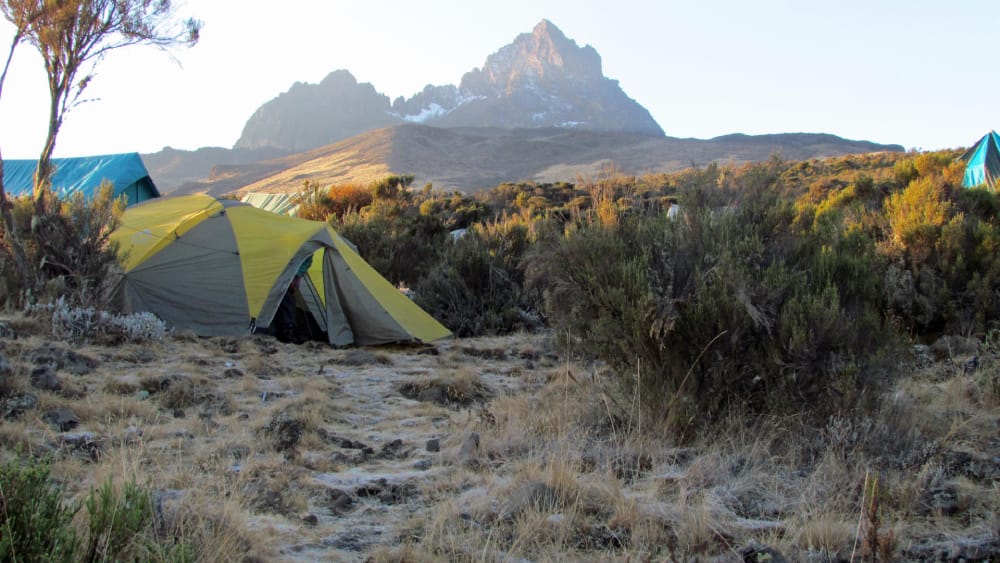 The newest, most remote and longest route on Kilimanjaro, the Northern Circuit is a thrilling variation on the Shira and Lemosho Routes that starts in the west then does a three-quarter circuit around the northern slopes of Kibo before summiting from the east on the penultimate day. The circuit requires at least nine days, and can be extended to 10 or 11 days by adding a night camping within Kibo Crater, the ultimate high-altitude Kili experience. Because the ascent is so gradual, allowing a full week before you tackle Uhuru Peak, it offers the best possible chance of summiting successfully, as well as exploring several off-the-beaten-track parts of the northern slopes covered on no other route. The long duration and logistics of arranging an extended hike to more remote areas also means it is the most expensive option.

The only ascent route to approach Kilimanjaro from the north, Rongai is widely regarded to be the route of preference during the rainy seasons (late March to early June and November to December) since it is sheltered from the rain-bearing southeasterlies that drench the southern slopes. It is worth considering at other times of year, too, since it is reasonably gradual, offers some lovely views over the Tsavo Plains, and offers a better chance of encountering large wildlife than other routes. Five-, six- and seven-day variations are offered, all tend to be very uncrowded until they converging with the Marangu Route at Kibo Hut.

Credit: andBeyond Early June is the tail end of the wet season and even though rainfall is unlikely to be too high, post-rain conditions on Kilimanjaro may be slippery…

Although extreme weather conditions - subzero nocturnal temperatures and chill winds - are a likelihood at higher altitudes, July is a relatively dry and warm month, and…

April is by far the wettest month on Kilimanjaro and should be avoided at all costs. If that isn’t possible, use the Rongai Route on the dryer northern slopes.…

Climbing Kilimanjaro on a budget

High park fees and logistical costs mean there is no such thing as a cheap Kilimanjaro climb. The best way to keep down costs is to form or join a group of four or more…