The fauna and flora of Mount Kilimanjaro

Kilimanjaro is not primarily a wildlife destination, but the national park supports four different vegetation zones, each with its own distinct flora and fauna that are determined by the altitude. 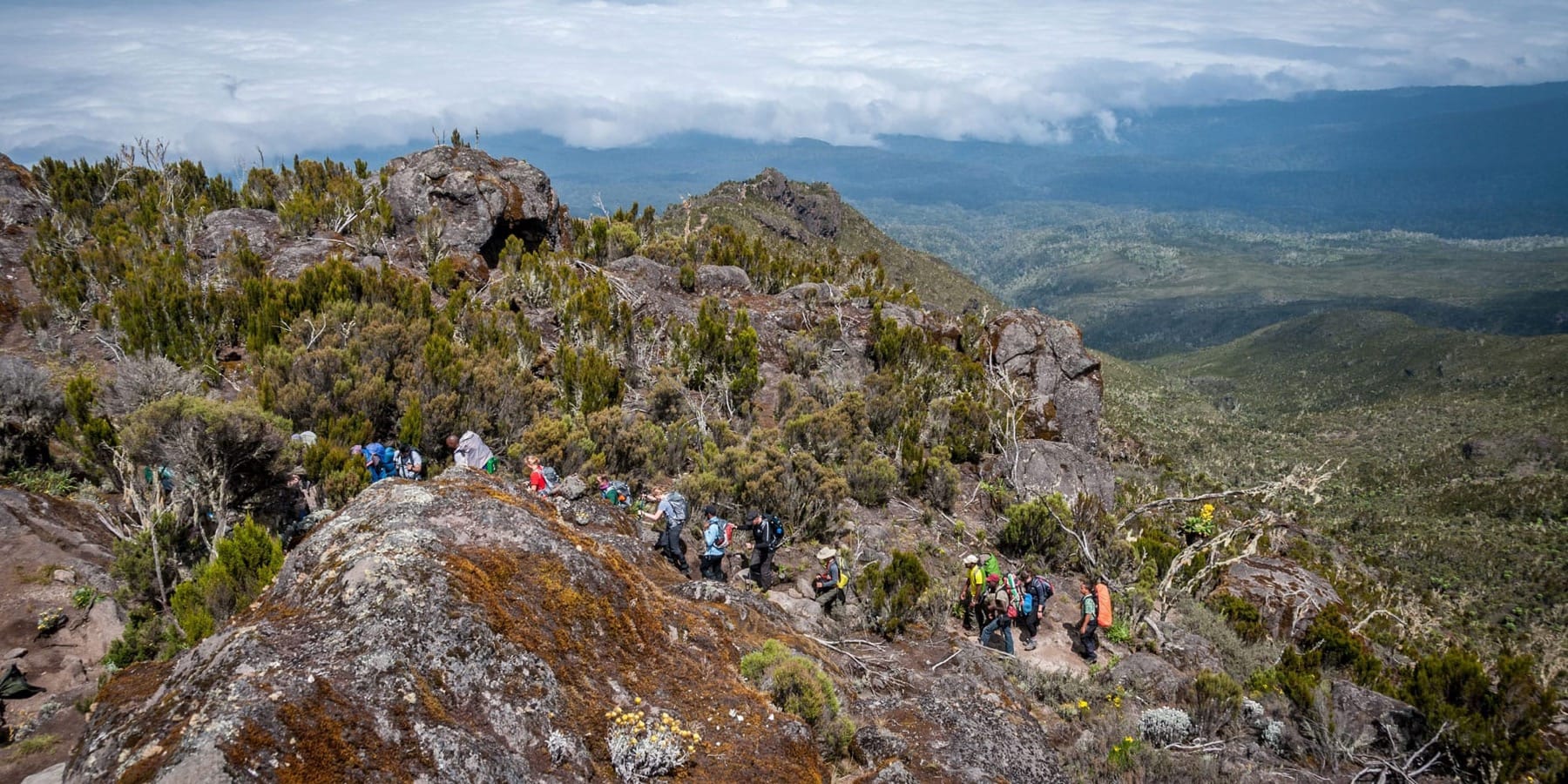 The most biodiverse vegetation zone is the lush evergreen rainforest that dominates from altitudes of 1,800m up to 3,000m. This is the wettest part of the mountain, with the southern slopes receiving up to 2,000mm of rain annually, and it looks and feels like the archetypal tropical jungle - hot, humid, coloured in infinite shades of green, and alive with bird song. More than 1,200 vascular plant species have been recorded in these forests, many of them endemic to this one mountain. 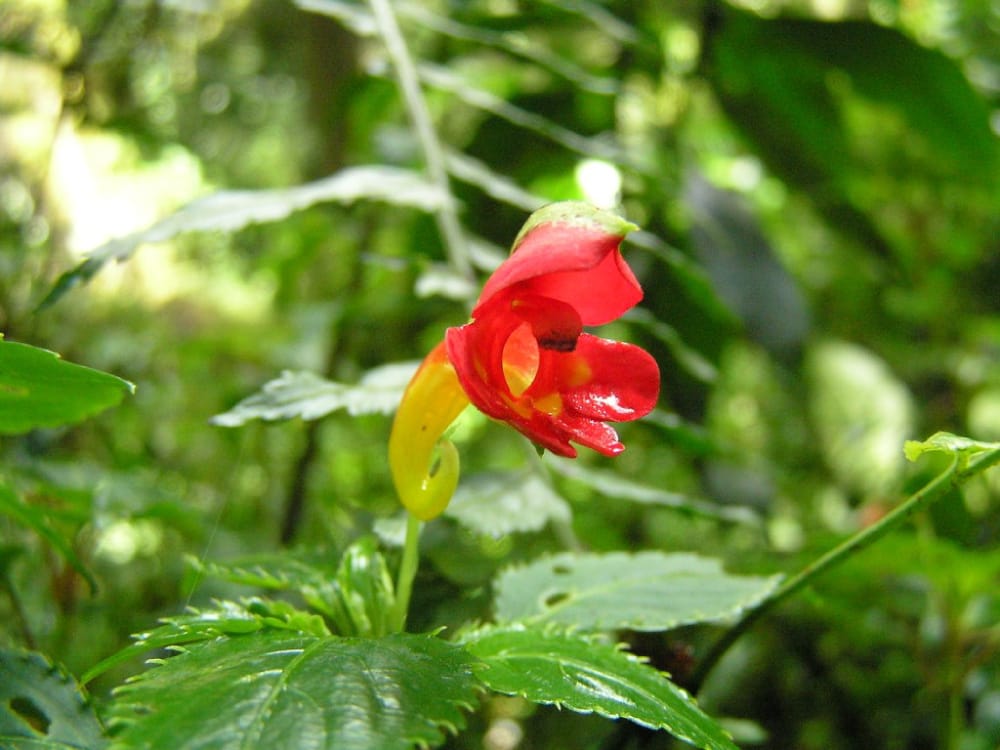 The most frequently seen forest mammals are monkeys. Troops of black-and-white colobus leap acrobatically between the trees, long white tails in tow, while a habituated troop of the lovely blue monkey frequents some of the overnight huts. Buffalo and elephant are present but seldom seen, though you might well notice their fresh spoor on the forest trails. Predators such as leopard and serval are even more elusive, but you might catch a glimpse of the beautifully marked bushbuck or one of three recorded species of duiker. The largest of these, the elusive Abbott’s duiker, is an Endangered species now regarded to be endemic to a quintet of montane forests in eastern Tanzania due to environmental loss and poaching elsewhere in its natural range. After dark, the night air is frequently shattered by the banshee wail of the otherwise unobtrusive tree hyrax.

The forest birdlife is sensational. You’re almost certain to see silvery-cheeked hornbill, a massive and rather comical bird that reveals its presence with a raucous nasal call and heavy wingbeats. There’s also the stellar Hartlaub’s turaco, a green and purple bird with deep red underwings, the vociferous but elusive emerald cuckoo, and a host of colourful robin-chats, drab but cheerful greenbuls, and nectar-loving sunbirds. 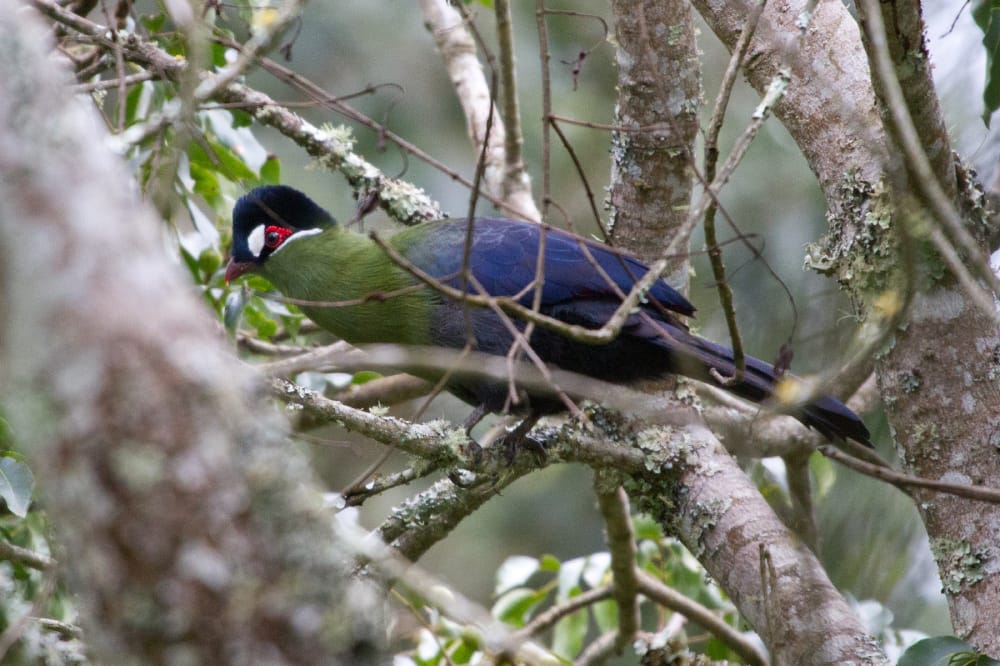 The dominant vegetation zone between the 3,000m and 4,000m contours is a heath-like cover studded with abundant wild flowers, including the exquisite yellow-flowered alpine sugarbush Protea kilimandscharica and alpine red-hot poker Kniphofia thomsonii. Though less biodiverse than the forest zone, the pastel-shaded moorland has an ethereal beauty all its own, particularly in the morning when it often swathed in mist. This zone notable for the presence of two most distinctive plants: the giant lobelia Lobelia deckenii, which grows to 3m high and is capped by a massive whorled rosette, and the giant groundsel Dendrosenecio kilimanjari, which grows up to 5m high and is capped by a spike of yellow flowers. 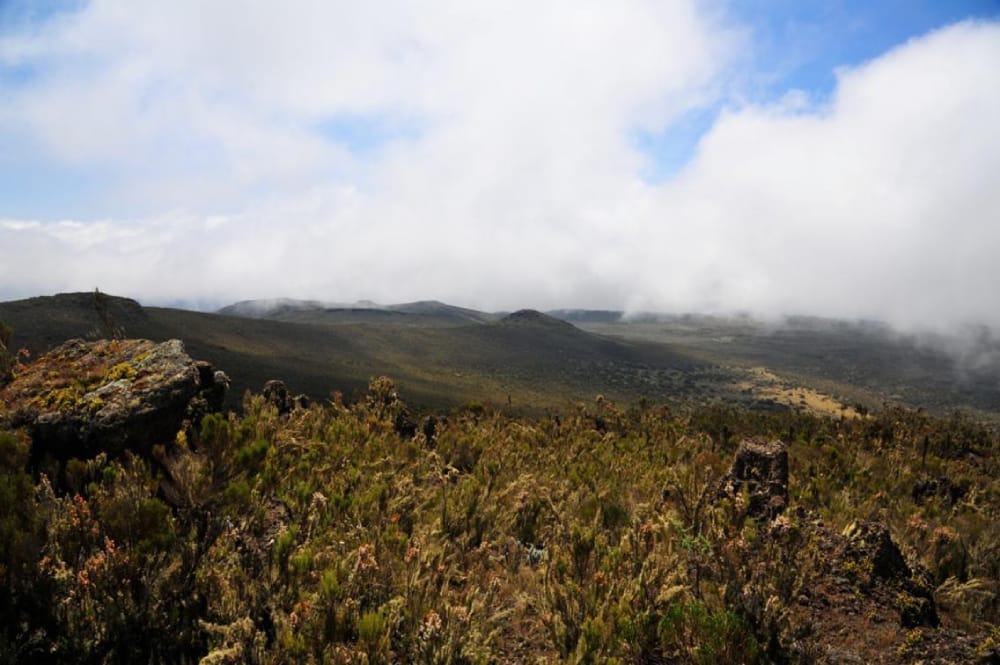 Aside from small rodents such as the ubiquitous four-striped grass mouse, mammal densities are low on the moorland zone. But look out for the endearing rock hyrax, and for the pairs of klipspringer that sometimes stand sentinel on rocky outcrops. Birdlife is limited to a few species adapted to high altitude environments. The star among these is undoubtedly the scarlet-tufted malachite sunbird, a beautiful iridescent green bird often seen feeding on proteas and red-hot pokers, but it is run a close second by spectacular but scarce lammergeyer (bearded vulture). Other birds of the moorland zone include Augur buzzard, Mountain buzzard, Alpine swift, Alpine chat and Streaky seedeater.

Classified as a semi-desert on account if its low rainfall, the alpine zone - roughly between 4,000m and 5,000m - also experience dramatic daily temperature contrasts. Plant life is restricted to around 55 hardy species of grass, lichen and moss. The common eland - Africa’s largest antelope - occasionally strays up into this zone, and elephants have been recorded upon occasion, but essentially there is no wildlife up this high.

Above the 5,000m contour, rainfall is practically non-existent, and permanent life forms are restricted to a few masochistic lichens. As for large wildlife, a pack of African wild dog was observed here in 1962, and a frozen leopard was discovered in 1926, and - well, that’s about it.

It is worth noting that the Tanzania/Kenya border region occupied by Kilimanjaro supports some of the world’s finest ‘Big Five’ reserves, including the world-famous Serengeti National Park and abutting Masai Mara National Reserve. Furthermore, two superb game-viewing destinations lie in the shadow of the great mountain itself. Kenya’s popular Amboseli National Park is where most of those iconic photographs of elephants crossing the dusty plain, or giraffes nibbling on an acacia, below the snow-capped peak of Kilimanjaro, were captured. Rather more obscure is Tanzania’s West Kilimanjaro, a wedge of dry savanna protected as a wildlife management area in collaboration with local Masai pastoralists, and notable not only for offering superb in-your-face views of Kilimanjaro, but also for its plentiful wildlife, which includes elephant, lion, cheetah and typical dry-country antelope.

Who should climb Mount Kilimanjaro?

Climbing Kilimanjaro is an activity suited to relatively fit and adventurous travellers. The round trip takes five to 11 days, depending on which route is used, and it…

Climbing Kilimanjaro as a couple

It would be something of a stretch to characterise a Kilimanjaro climb as a romantic holiday. It is a tough hike in challenging climatic conditions, and opportunities for…

Several different routes can be used to ascend and descend Mount Kilimanjaro. All have their advantages and disadvantages, and the best choice for any given individual…