The Ultimate Guide to your Mount Kilimanjaro Climb

Where to go Popular Climbing Mount Kilimanjaros About us

Everything you need to know about Climbing Mount Kilimanjaro

Welcome to Discover Africa’s climbing Mount Kilimanjaro guide. The name Kilimanjaro is a mystery and is thought to mean “Mountain of Light” or “Mountain of Greatness”. No one is quite sure, but what is not under dispute is that Mount Kilimanjaro at 5895 metres (19,336 feet) is the highest peak on the African continent and tallest freestanding mountain on earth: undoubtedly one of the continent’s most magnificent sights rising up in splendid isolation from the plains below. Crowned with an everlasting snow-cap, this majestic mountain can be found inside the Kilimanjaro National Park with its slopes and glaciers towering high above the clouds.

This is the perfect climbing mount Kilimanjaro tour for the average climber. We favour the Machame route as the quickest and easiest trail to the summit of the famous “Roof of Africa”. 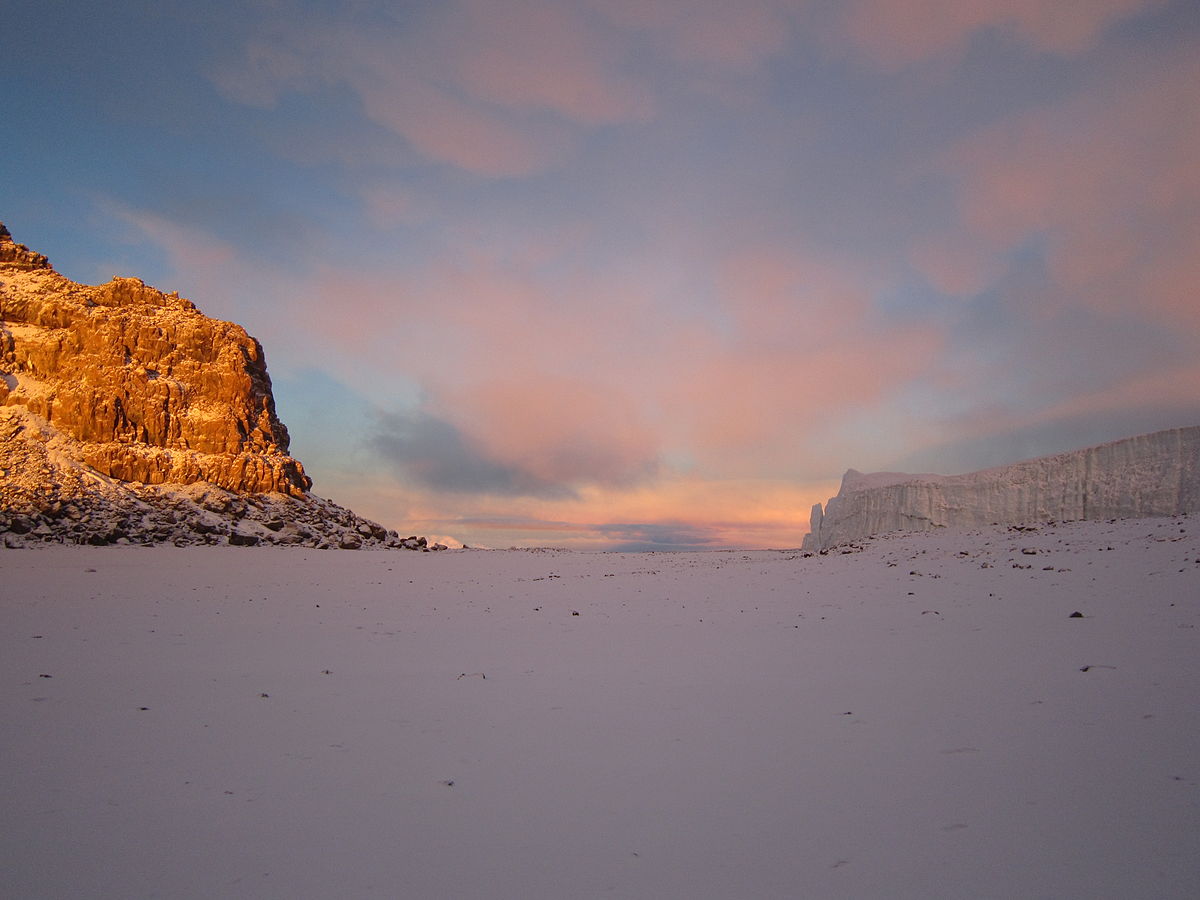 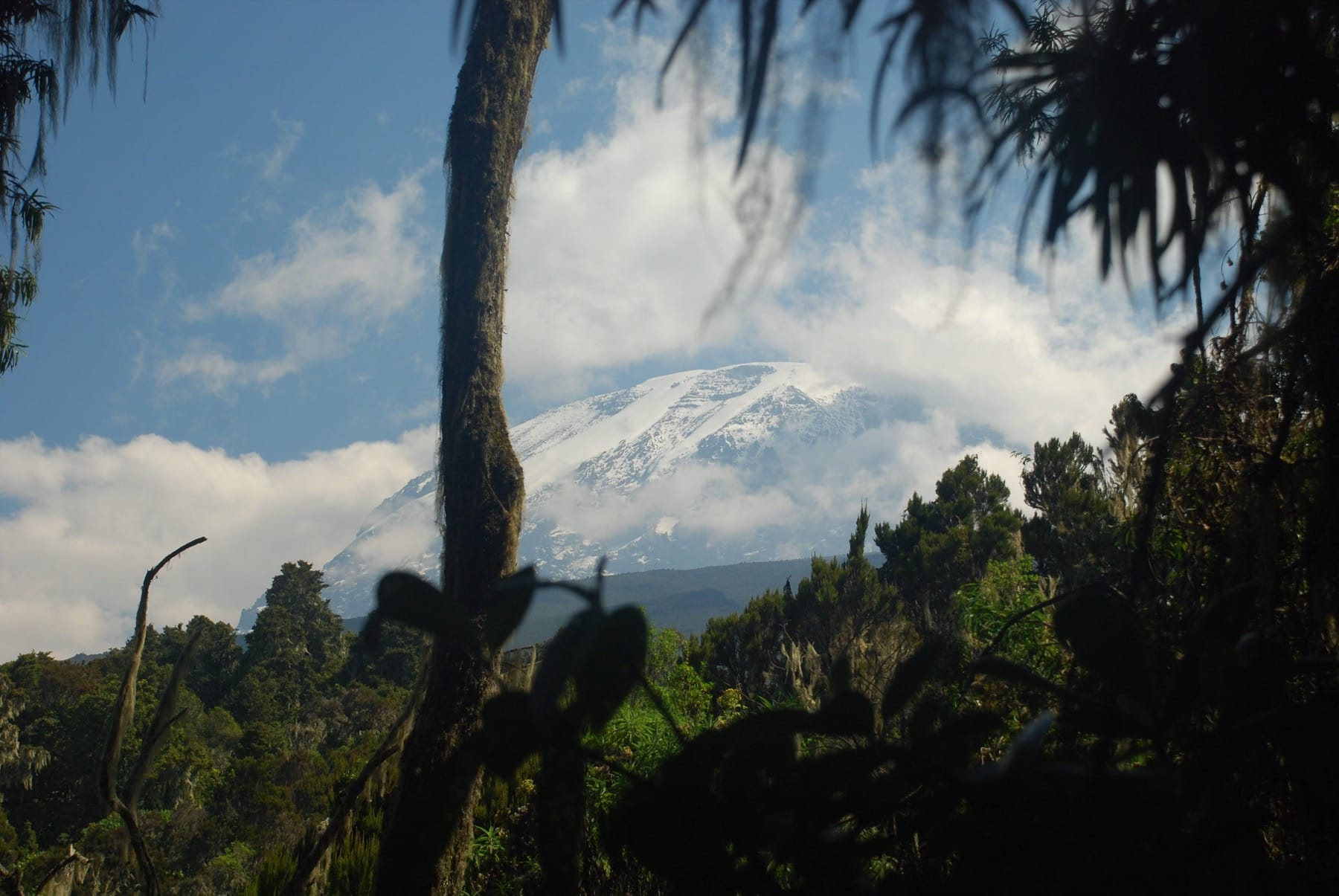 As might be expected of an isolated massif of its immense magnitude, Kilimanjaro supports a microclimate - indeed, several different altitude- and rainfall-related microclimates - that bears little resemblance to conditions on the surrounding plains. Precipitation is largely associated with moist trade winds that blow inland from the Indian Ocean towards Kilimanjaro’s southeastern slopes, which tend to receive far more rain than their northern counterparts.

Broadly speaking, the slopes below 3,000m are warm, humid and well-watered, with an annual rainfall of up to 2,000mm supporting a classic equatorial swathe of lush montane rainforest. Between 3,000m and 4,000m, the climate is significantly dryer and cooler, while the higher reaches of the mountain receive very little rainfall, and effectively support an alpine desert characterised by extreme daily temperature shifts, often dripping below freezing at night before soaring to above 30°C in the heat of the day.

Above 5,000m, the mountain supports a permanent glacial ice cap. This covered around 20km² and buried the main caldera of Kibo when the mountain was first surveyed in the late 19th century, but now extend over less than 2km², largely as as a result of global warming, and at the present rate of retreat, it will most likely vanish entirely before 2060. Though it can be quite warm by day, temperatures might drop as low as -20°C on the summit, and the wind chill factor makes it feel even colder.

Because Kilimanjaro lies so close to the equator, there isn’t a great deal of monthly variation in average minimum and maximum temperatures, so this shouldn’t be a big factor in your timing. By contrast, rainfall on Kilimanjaro is highly seasonal, and it is definitely worth aiming to climb during one of the dry seasons (January to March/June to October) and avoiding the long rains that fall over of April to May. The dry season is not only more pleasant, but it improves your chance of summiting, as conditions are less tiring underfoot and hiking boots and other gear are less likely to be soaked.

Not only is Kilimanjaro the highest peak in Africa, reaching an elevation of 5,895m (19,340ft) above sea level, but it is also the world’s tallest freestanding mountain, a long-dormant volcano that towers almost 5km (3 mi) above the hot and dusty ash-strewn plains from which it rises. Viewed from the base, Kilimanjaro’s distinctive silhouette is one of Africa’s most breathtaking scenic highlights, right up there with Victoria Falls, and the snow cap that illuminates the jagged glacial peaks is all the more remarkable for lying a mere 400km south of the equator.

Kilimanjaro is highly attractive to hikers for being the highest mountain anywhere in the world that can be ascended by ordinary tourists without specialised mountaineering experience or equipment - an accomplishment that requires a fair level of fitness, some determination, at least five days, and reasonably deep wallets. For most hikers, summiting snow-covered Uhuru Peak, the highest point on the continent, is a true bucket list dream, and the main objective of the hike. But the ascent is also very scenic, and it climbs through a diverse series of vegetation zones notable for their rich flora and fauna. Summiting Kilimanjaro, for most who accomplish it, is truly a once-in-a-lifetime experience. But dedicated hikers are frequently drawn back to Kilimanjaro again and again, not least because there are a great many ascent and descent routes from which to choose, and each one of them offers a very different scenic perspective on the majestic mountain.

The fertile, well-watered lower slopes of Kilimanjaro are home to the Chagga, an agriculturist people whose ancestors arrived in the region mediaeval times.The Maasai of the surrounding plains knew Kilimanjaro as Ol Doinyo Naibor (White Mountain), and believed it to be protected by evil spirits that froze anybody who tried to ascend it. Despite several ambiguous allusion to a Kilimanjaro-like mountain in ancient texts, from Ptolemy’s Geography to a 12th-century account of a Chinese trader, Kilimanjaro remained unknown to the outside world until the mid-19th century. The first European to see Kilimanjaro was the German missionary Johan Rebmann, who published a description of it in 1849, only to be derided by European experts sceptical about the presence of snow so close to the Equator. Its existence was confirmed independently by the geologist Baron von der Decken in 1861.

Oral tradition suggests that no local had successfully climbed Kilimanjaro – or at least returned to tell the tale – before Hans Meyer and Ludwig Purtscheller first summited in 1889. Indeed, one theory has it that the mountain’s name derives from a Chagga phrase meaning ‘Impossible Journey’, the response made by a bemused local farmer to Rebmann’s query about walking to the peak. More likely perhaps the name Kilimanjaro was bequeathed on the mountain by Swahili-speaking traders from the coast - kilima is the Swahili word for hill, while ‘njaro’ might derive from the Chagga word for a trade caravan, or a Maasai word meaning water, or the name of a Swahili demon of cold.