The herds have started to arrive in the Ngorongoro Crater Conservation Area, mainly heading towards the Ndutu lake region. The herds are still spread out along the south eastern area of the Serengeti, but all are slowly making their way south, and this time of the year a percentage of the wildebeest can be found outside the confines of the Serengeti.

January is the start of the calving season for the wildebeest, and after a gestation period of around 8½ months, the cows are heavily pregnant at this time of year. Around 80 to 90% of the calves are born in a 21 day time frame. This short calving time gives the calves a better survival rate with the predators.

You can expect a lot of predator action in January up to March due to the calving season, so definitely worth the trip.

If you need more information you can contact Karl at karl@discoverafrica.com

Our Guide of the Month: Heribert Joseph Mardai, Ranger at Asilia Africa 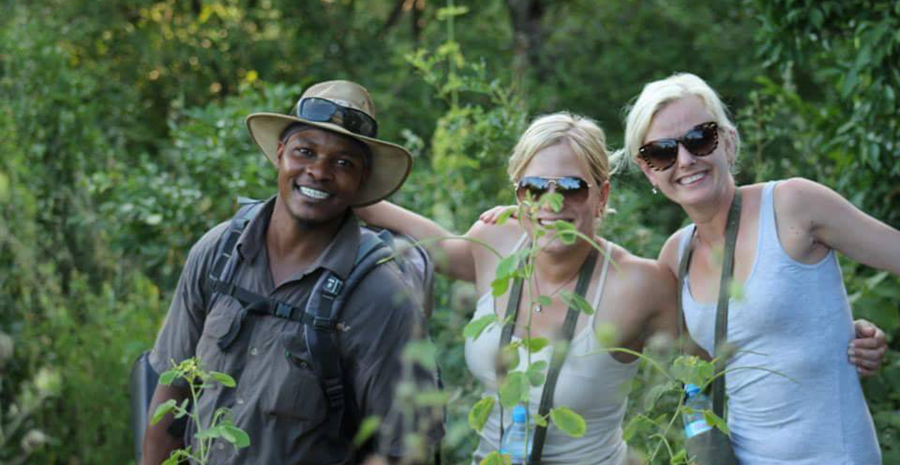 Born on the slopes of Mount Kilimanjaro in Tanzania, Heribert is a specialist safari guide at Asilia Africa's Little Oliver's Camp located in the picturesque Tarangire National Park. From a very young age, Heribert found himself intrigued by big cats and almost any creature that crawls, slithers, runs or flies.

After completing high school, Heribert enrolled at the College of African Wildlife Management. It was at this institution that Heribert's passion for wildlife was finally realised. His first appointment was at the famous Selous Game Reserve, the largest protected game reserve in Africa.

Heribert's dedication to his country and its wildlife is truly admirable. He has been a committed ranger at Little Oliver's Camp for the last seven years. Aside from his day job as a ranger, Heribert has travelled extensively and enjoys the thrill of new adventures. On a recent trip to South Africa, Heribert braved one of the world's highest bungee jumps from the Bloukrans Bridge in the famed Garden Route.

Our Lodge of the Month: Kimondo Camp, Asilia Africa

Like the herds of antelope that have made the Serengeti the most famous wilderness region on earth, Kimondo is a traveller. As the seasons wax and wane so this migration camp crafted of wood and canvas follows the herds on their never-ending journey across the grasslands of East Africa.

From July to October home for Kimondo is near the sinuous Mara River on the famous Lamai Wedge, where massive herds brave the jaws of hungry Nile crocodiles. As winter eases and summer warms the land, the herds move south to calve in the lush grasslands of the southern Serengeti. As the herds move, so does Kimondo, to ensure you’re never far from the heart of the migration.

But unlike the thundering wildebeest, Kimondo – like its sought-after sister-camp Olakira – leaves no footprint behind. Entirely solar-powered, it’s a migration camp that touches the earth lightly while providing authentic luxury on the Serengeti plains. With just eight comfortable tents Kimondo offers an intimate safari experience; a sumptuous taste of how the early explorers discovered the wonders of East Africa.

From rich hand-woven rugs to burnished copper lanterns a sultry mix of Moroccan exoticism and East African safari romance resonates at Kimondo, where king-size cast-iron beds rest under canvas ceilings as the rustle of the savannah lulls you to sleep. Or leave sleep for a while and linger at the fireside, swopping tales of your day in Africa as the embers crackle up towards the Milky Way. Kimondo translates as ‘shooting star’ and in Tanzania’s crystal-clear skies you’ll be sure to see more than a few.

Looking for instant updates on the Great Migration? Visit our Herdtracker app to accurately plan your safari or visit us here for a list of affordable, luxury safari packages