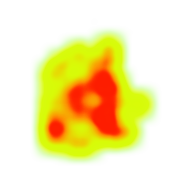 January is a tough month to predict. There’s a lot of movement from north to south as the herds await the first Serengeti rains.

January, like June, is a hard month to predict because the herds’ movements depend on when it starts to rain on the southern plains.

Female wildebeest are carrying calves and are almost ready to give birth. The herds move swiftly, in search of favorable grasslands to provide sustenance for the arrival of their young.

Where to stay in January

The herds could move all the way from Lobo in the north to Ndutu in the south in just a few days. We recommend staying as central as possible and then move north or south from there, depending on the circumstances at the time.

With a bit of luck, you’ll be right where you need to be, for your migration safari to the Serengeti in January.

The herds are moving constantly, and therefore we recommend you look at one of these itineraries and decide what you would like to see and do on your trip. Then contact us so that we can customise it based on the migration seasonality

This four-in-one calving season safari includes not only the Serengeti, but Tarangire, Lake Manyara and the Ngorogoro Crater

Experience the drama of the nature's greatest spectacle in the Tanzania

HerdTracker invites you to join them on a migration safari in Tanzania's Arusha, Tarangire National Park, Ngorongoro Crater and the Serengeti National Park.

This is the stage on which the greatest wildlife show on earth and plays out, as it is by far the greatest mass movement of land mammals on the entire globe.

Serengeti Serena Safari Lodge is situated high a tree-clad ridge, commanding panoramic views across the Serengeti. The lodge is a fusion of traditional…

Every great wildebeest migration update is tweeted by @HerdTracker.

The twitter account is run by Conrad, the world's first tweeting wildebeest (Conrad's name is taken from the latin name for his species -- Connochaetes).

Apart from tweeting real-time updates of the herd's movements across the Serengeti (on behalf of the HerdTracker team) Conrad also tells what it's like to be a young, curious and braver-than-the-rest wildebeest making his way across the plains of the Serengeti on the annual great wildebeest migration.

The updates are accurate, sourced weekly from pilots who fly over the Serengeti, safari guides on the ground, Tanzania National Parks Authority rangers and lodges in the Masai Mara in Kenya.