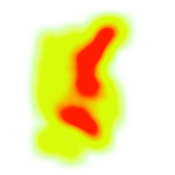 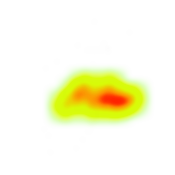 June is traditionally the Grumeti River crossing period. The herds are spread out, so expect longer, rewarding game drives.

Temperatures at Serengeti National Park range from 13°C (55.4°F) to 25°C (77°F) in June, the first month of the winter. In June, the rainy season comes to an end. The fields are lushly green and densely forested.

Wildebeest populations travel over great distances. It could take up to three hours to cover the distance between the leading and trailing herds.

Each migrating animal must first navigate a crocodile-infested river, the first of many dangerous river encounters.

The Grumeti River crossing season runs from June to August, depending on the river's water level. The river is rarely full enough to make dramatic crossings like those seen on the Mara River in July and August.

The herds are moving constantly, and therefore we recommend you look at one of these itineraries and decide what you would like to see and do on your trip. Then contact us so that we can customise it based on the migration seasonality

If the great migration is on your travel bucket list, then this memorable safari in Tanzania is ideal for you.

The camp offers comfortable accommodation and a unique opportunity to enjoy a real safari camp experience. This camp is located in the north of the…

Mbalageti Serengeti is located in the western corridor of the Serengeti National Park, Tanzania. The Lodge offers a breathtaking 360-degree panorama…

Every great wildebeest migration update is tweeted by @HerdTracker.

The twitter account is run by Conrad, the world's first tweeting wildebeest (Conrad's name is taken from the latin name for his species -- Connochaetes).

Apart from tweeting real-time updates of the herd's movements across the Serengeti (on behalf of the HerdTracker team) Conrad also tells what it's like to be a young, curious and braver-than-the-rest wildebeest making his way across the plains of the Serengeti on the annual great wildebeest migration.

The updates are accurate, sourced weekly from pilots who fly over the Serengeti, safari guides on the ground, Tanzania National Parks Authority rangers and lodges in the Masai Mara in Kenya.