The Atlantic Seaboard is a narrow band of suburbs sandwiched between the Table Mountain range and the Atlantic Ocean on Cape Town’s western coastline. The area’s proximity to both the ocean and the inner city makes it a well-loved destination for locals and visitors alike.

Green Point is closest to Cape Town’s city center and is home to a world class sports stadium, several sports clubs and gymnasiums, a century-old golf course and a huge public park. Built in 1823, the eye-catching lighthouse at the northern edge of Green Point is the oldest operational lighthouse in South Africa.

Near the lighthouse starts a promenade that runs along the coast leading to the sea-facing suburb of Sea Point. The Sea Point Promenade is somewhat of an institution amongst Capetonians as its wide walkway and sprawling lawns are favoured by casual walkers, joggers, skaters, cyclists and dog-walkers alike.

The upmarket suburbs of Clifton and Camps Bay are not only home to the most luxurious and expensive real estate in the country, but also the city’s top-ranking beaches. Clifton has four beaches with crystal clear water, named 1st to 4th, that are shielded from the regular southeasterly wind making it a popular sunset destination. The white sandy beach at Camps Bay is wide and flat and bordered by a bustling promenade with excellent restaurants and cocktail bars.

About 10km south of Camps Bay lies the equally upmarket, but much more secluded suburb of Llandudno. Steep cliff sides hug a small but beautiful beach that’s popular among surfers and has a much more private feel than those further up the coastline. Llandudno is strictly residential, however, and there are no shops or restaurants to be found, so it’s best to bring a picnic basket for a day on the beach. 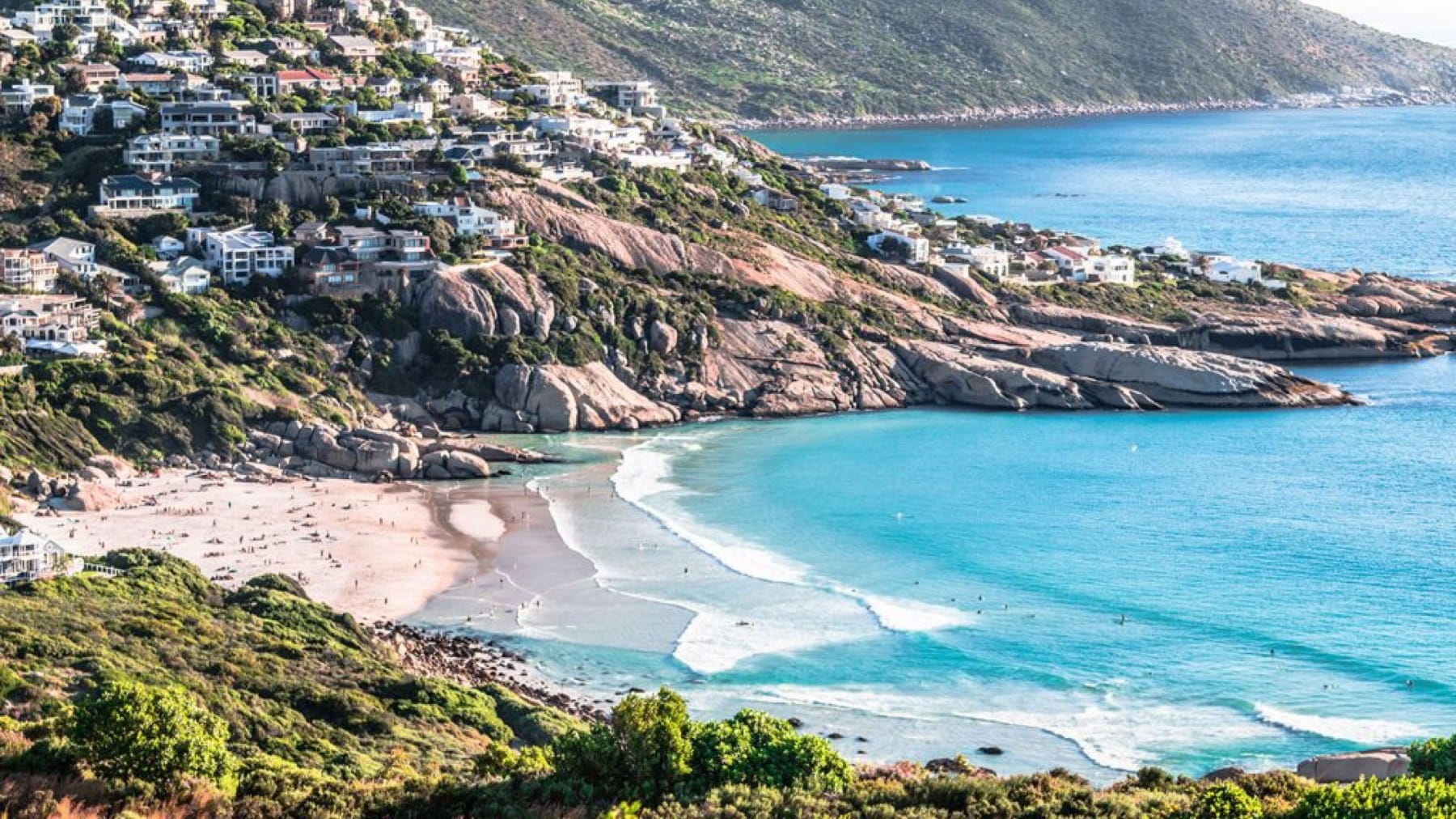 Finally, on the southernmost end of the Atlantic Seaboard lies the historic fishing village of Hout Bay, framed by a sharp mountain peak that juts up into the air like a rhino horn, called The Sentinel. Literally translated, Hout Bay means “Wood Bay”, so called because much of early Cape Town’s construction material was sourced in the area. Today Hout Bay offers visitors an excellent collection of seafood restaurants, bustling weekend markets and boat trips to Duiker Island, the home of a resident seal population.

• Cape Town’s premier beaches are found on the Atlantic Seaboard. The white sandy beaches and crystal clear waters of Clifton and Camp’s Bay are the most popular, but there are also many secluded spots like Beta Beach, Bakoven and Sandy Bay if you want to escape the crowds.

• Accommodation in Camps Bay and Clifton are consistently rated as the most exclusive, luxurious and scenic in all of Cape Town. While renting here comes at a premium, you’ll experience the very best in accommodation that Cape Town has to offer.

• Chapman’s Peak Drive, starting on the southern edge of Hout Bay, is world renowned for its scenic beauty and engineering achievement. Don’t forget to bring your camera!

• The Atlantic Seaboard can be reached by a 30 minute car journey from Cape Town International Airport. All major car rental companies have counters at the airport and regular taxi and shuttle services offer transfers to any destination on the Atlantic Seaboard.

• Unless you intend to drive out of Cape Town, renting a car isn’t necessary as getting around on the Atlantic Seaboard is often much more convenient by taxi than having to search for parking everywhere you go.

• Book accommodation well in advance for the peak holiday seasons during December and January as the Atlantic Seaboard is a very popular destination.

Imagine if you could escape with a loved one to a place where you can watch the sunrise from the top of a mountain before having breakfast in Africa’s oldest harbour. You…

October enjoys very mild weather with daytime temperatures hovering around the low to mid 20’s. A few rainy days may be expected while evenings are still cool, but not too…

Cape Town in May

Climate Winter arrives in Cape Town, but not with great force as the city experiences a fairly mild winter. Daytime temperatures average just below the 20°C mark while…

Climate The month of January enjoys hot, sunny days with clear skies and plenty of daylight hours. Sunset is only after 8 pm! Daytime temperatures are in the mid to high…

There are two distinct features that make Cape Town a great destination for travelers on a budget: its location and its size. The city’s setting, at the foot of Table…