If you’re thinking of visiting Mozambique on your own, don’t let anything dissuade you. It’s a friendly, safe choice for solo travel and can be as adventurous or laid-back as you like. Those looking for solitude will find endless, empty beaches, ideal for long, peaceful strolls. And if you’d like to meet people there are lively beach towns, with restaurants and group tours and buzzing bare-foot bars. 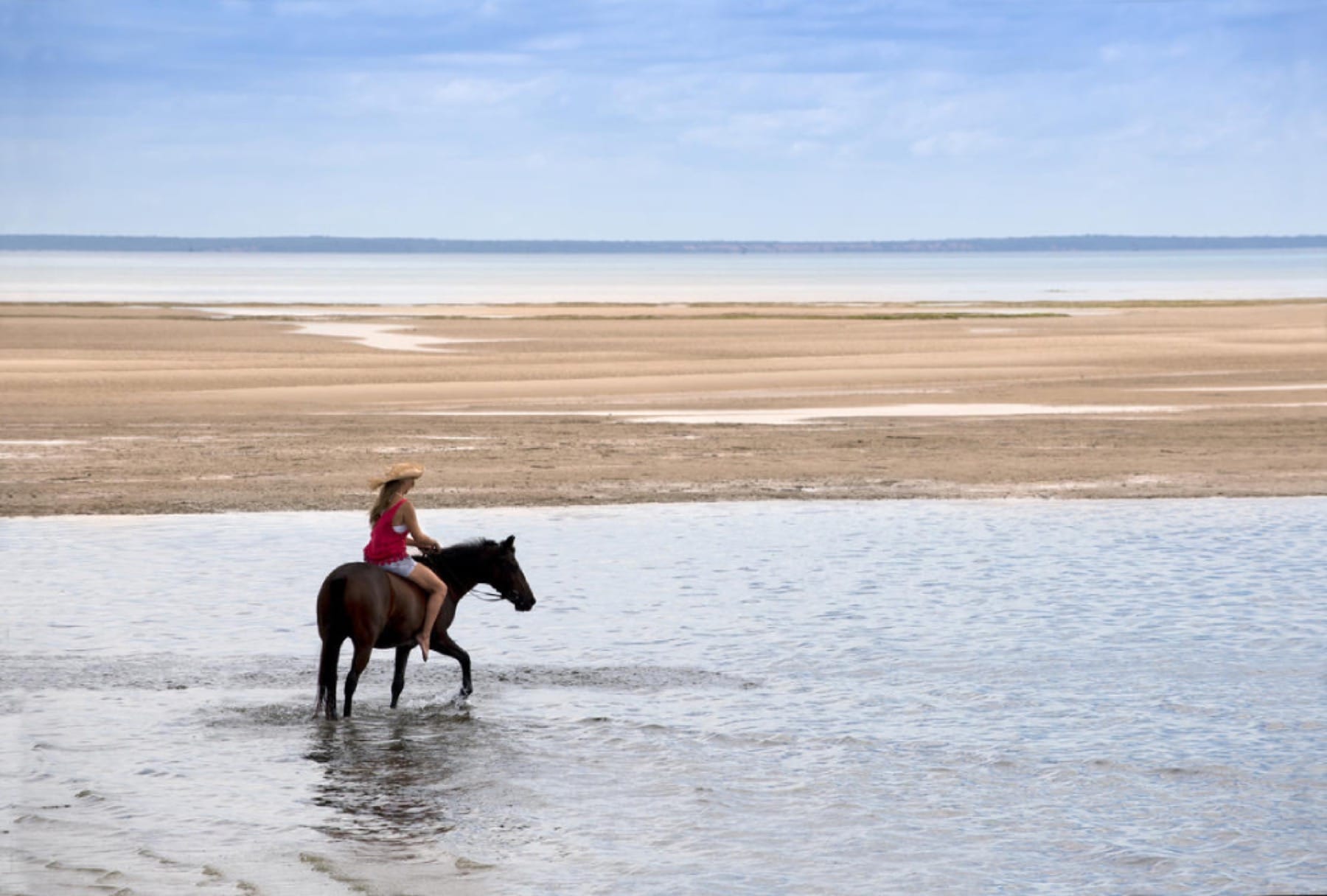 It’s not advisable to leave valuables unattended while you swim, or to wander Maputo’s backstreets alone after dark. But these are the kinds of precautions you’d take almost anywhere and, infrequent petty theft aside, Mozambique is a very safe country to visit. Mozambicans have a well-earned reputation for being easy-going and friendly. The seafood is delicious, and very affordable, and there’s a fascinating history and a wonderful underwater world to explore.

Best places to visit in Mozambique 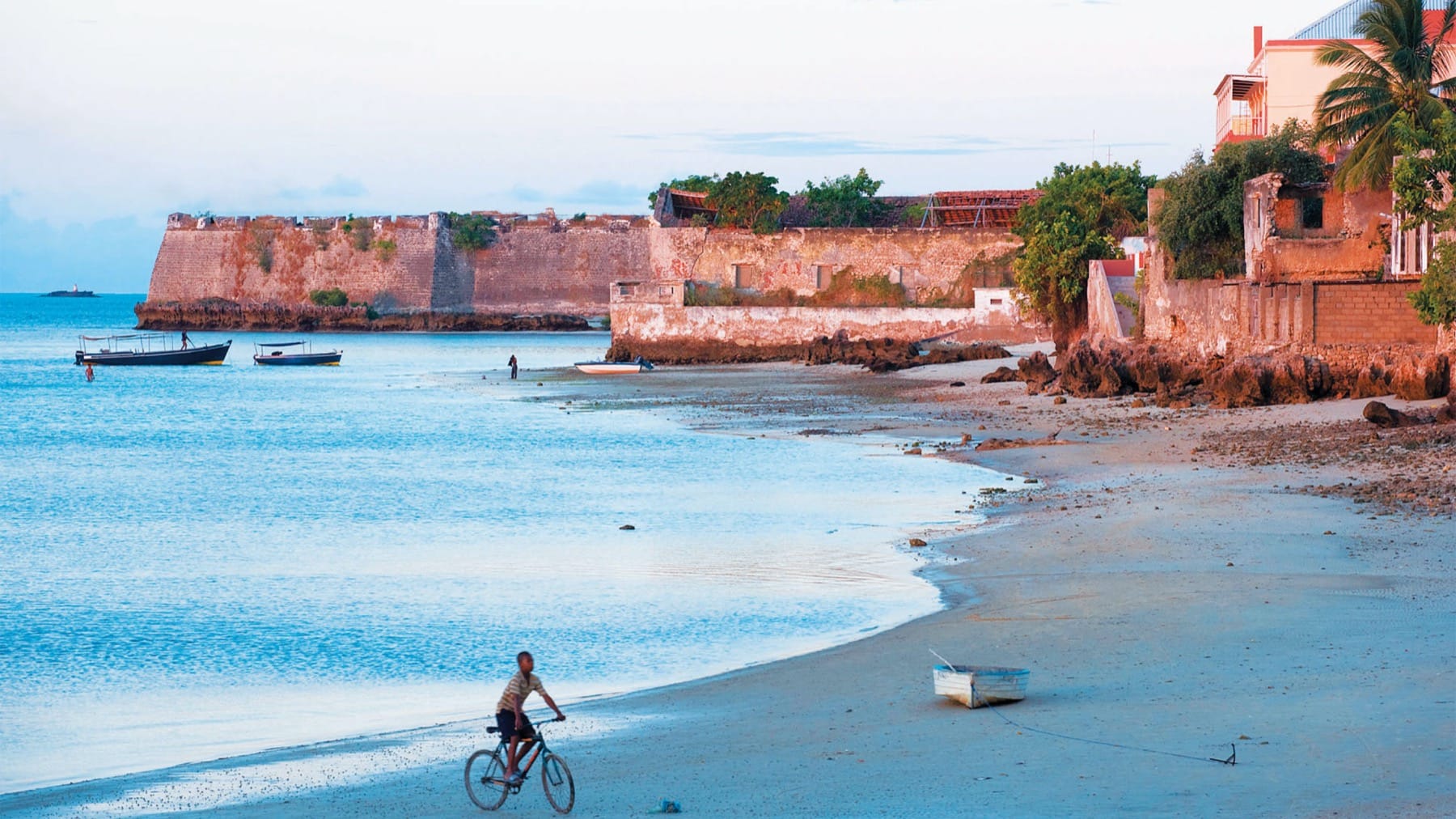 Perhaps Mozambique’s only drawback is that it can be challenging to get around. Public transport does exist, but it’s often bumpy and slow and can be difficult to figure out. The more exclusive resorts, especially on the islands, offer a seamless fly-in service. But if you’re a solo traveller, and in particular if you’re on a budget, then bear this in mind.

The far north of Mozambique is the hardest to reach, involving relatively expensive internal flights, long, bumpy roads, or quite often, both. If you’re feeling adventurous you’ll discover Mozambique’s rich cultural past – the evocative, deserted mansions of Ibo Island and the 16th century Portuguese fort and chapel on the tip of Ilha de Moçambique.

Travelling in the south is much easier than the north. There are direct flights to Vilanculo from Maputo and Johannesburg, and busses and/or backpacker shuttles between Maputo, Vilanculo, Tofo, and Ponta do Ouro. These main centres are by far the most popular destinations for solo travellers and many visitors pick just one or two spots and stick to them. Your choice will depend on ease of access and time of year, and especially on the key activities available in the area.

If you’re looking to meet people, then Vilanculo and Tofo Beach are best. They’re at their most lively over Christmas and Easter, and again from the end of June to September. June to September sees the best beach weather and the far south usually has it better early in the season (May/June). Further north, it tends to be hotter and drier in October and, in the far north, it usually stays hot and dry well into November.

The weather is often a secondary consideration when it comes to Mozambique’s marine attractions. Snorkelling and diving with whale sharks is quite simply mind-blowing and although they can be seen year-round, October to March are best. Another marine giant, the humpback whale, is common off the coast from July to mid-November. So, while October and November can be increasingly humid and cloudy in the south, it’s the perfect time to see Mozambique’s magnificent marine giants and all other considerations might be secondary.

Turtles, dolphins, reef sharks and manta rays can be seen along the coast year-round. But specific local areas may have subtle seasonal variations so be sure to check with a local dive operator before you travel. If you’re not a diver already, then this is the time to learn! Mozambique has a number of excellent dive schools, and they’re a great way to socialise and meet new people.

April is usually a lovely month in Mozambique, as the summer rains slowly clear, starting in the south. Day and night-time averages gradually fall, dipping below 30°C…

Mozambique is the very vision of romance, with its endless, empty beaches, swaying palms and turquoise sea. But what makes the country particularly special is the quality…

Ponta do Ouro, literally ‘Tip (or Point) of Gold’, is a family-friendly beach holiday town, just north of the South African border. It’s the first of a succession of…

January and February are much the same in Mozambique. It’s the height of summer, with similar conditions through to March. Temperatures along the coast average 31°C…

The Ilha de Moçambique is a historical gem, and just a wonderfully laid-back slice of heaven. The entire island is a UNESCO World Heritage Site for its cultural and…