The Western and Eastern Cape

Collectively protecting around two-thirds of South Africa’s phenomenal coastline, the country’s two most southerly provinces also incorporate several of its oldest and most characterful settlements. The main regional travel hub (and administrative capital of the Western Cape) is the city of Cape Town, which boasts an incomparable setting on the Atlantic coastline below the slopes of majestic Table Mountain. For nature lovers, the adjacent Cape Peninsula stands at the core of the world’s smallest and most botanically diverse floral kingdom, one that supports a wealth of endemic plants and animals, ranging from the beautiful King Protea to the endangered Cape mountain zebra and striking Cape sugarbird.

(P.S. If you’re looking for affordable Western Cape or Eastern Cape accommodation specials, we’ve got some great travel deals for you.)

The iconic Table Mountain is the landmark of Cape Town, boasting city, beaches and the pleasures of nature

Further afield, some of the world’s finest and most scenic wine estates are concentrated around the historic towns of Stellenbosch and Franschhoek. The clifftop resort town of Hermanus offers the world’s best land-based whale-watching, while the Garden Route is named for its lush vistas of scenic lagoons and beaches framed by tall mountains and evergreen forests. The garden route runs into the the Eastern Cape, a province that is less popular with international tourists than its western counterpart, but almost as rich in attractions. These range from the idyllic Wild Coast and surfing scene at Jeffrey’s Bay to the malaria-free Big Five game-viewing on offer in the Addo Elephant National Park and the National Arts Festival held in Grahamstown every July. 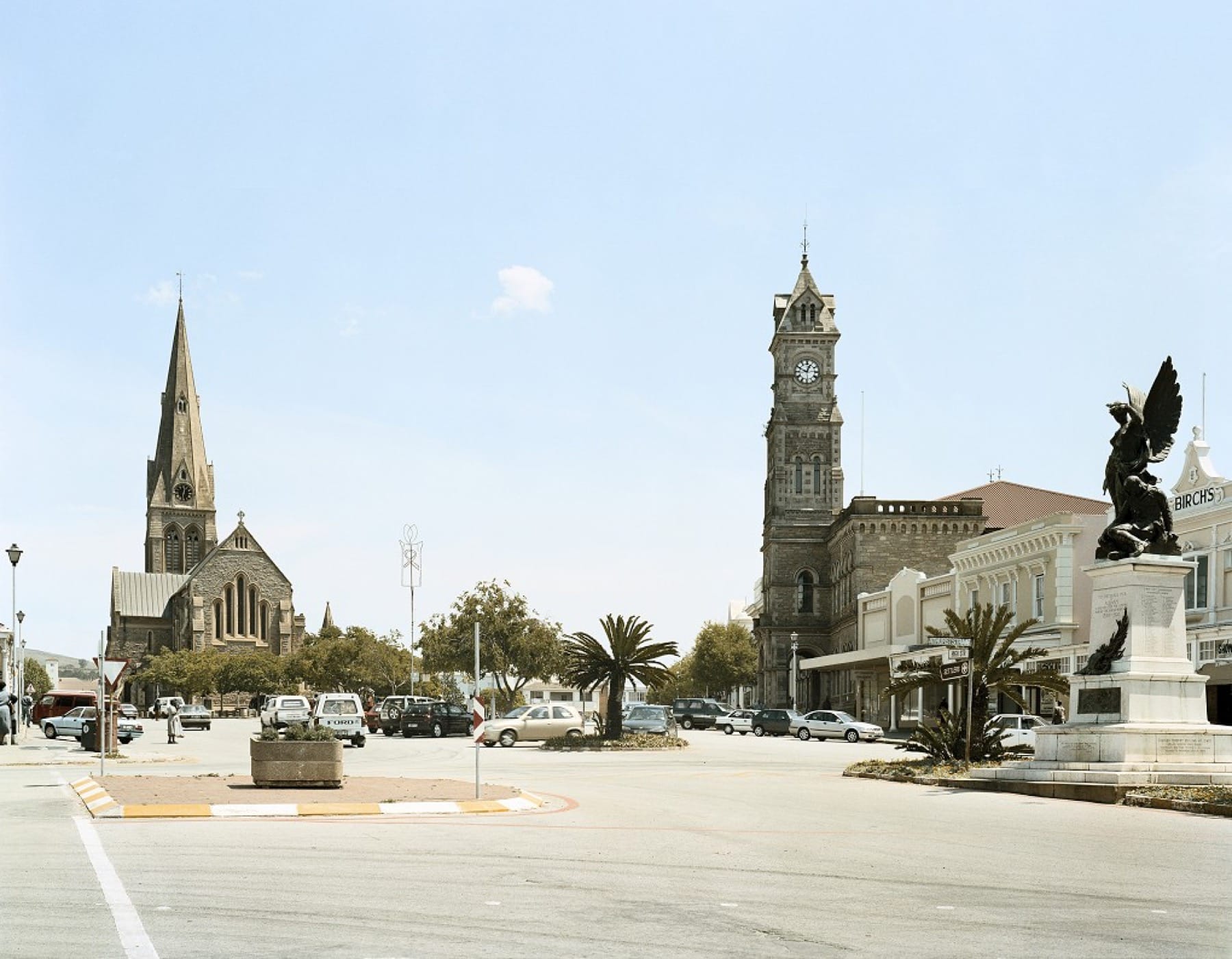 The quaint, old frontier town of Grahamstown in the Eastern Cape hosts the National Arts Festival each year, drawing thousands of performers and artists from all over the country | Credit: The Goodman Gallery

One of the world’s most scenic and culturally rewarding cities, Cape Town is the gateway to any number of fine swimming beaches as well as a magnificent mountainous peninsula that terminates at the sheer wave-battered cliffs of Cape Point.

A perennially popular day or overnight excursion out of Cape Town runs inland to the Cape Winelands, where dozens of historic wine estates offer tasting sessions in characterful Cape Dutch buildings shadowed by spectacular mountain ranges such as the Simonsberg and Groot Drakenstein. 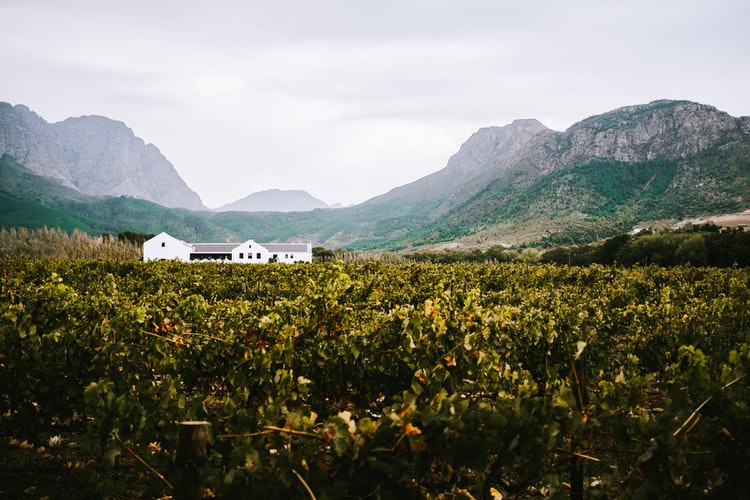 Stretching for 200 km between Mossel Bay and the dramatic Storms River mouth, the Garden Route is lined with family-friendly Indian Ocean beaches, but its plethora of lakes, forests and mountains - many protected in the patchwork Garden Route National Park - offer rich pickings to hikers, birdwatchers and other outdoor enthusiasts. 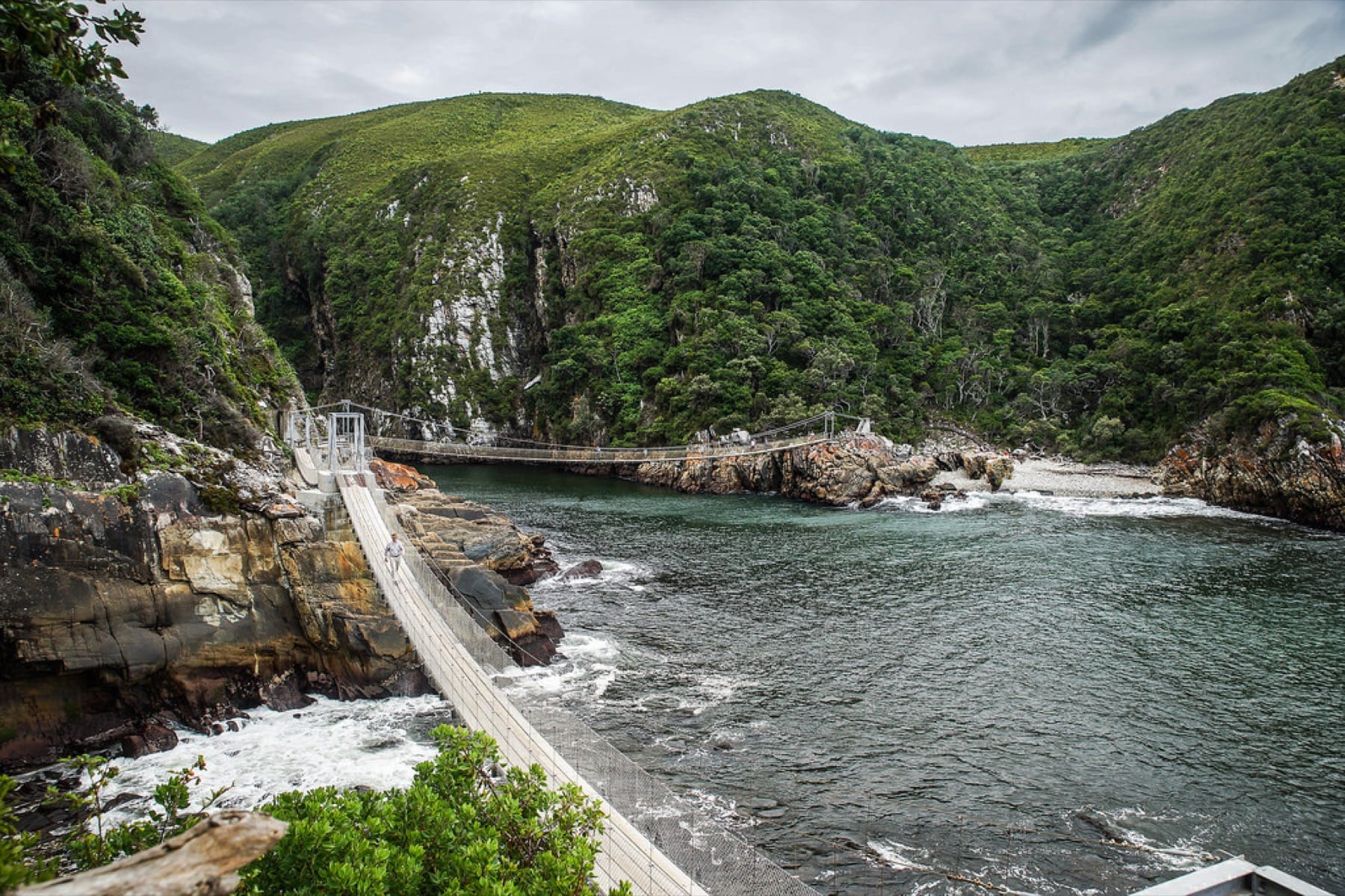 Set on the cliffs above Walker Bay 120 km southeast of Cape Town, Hermanus is an attractive town of cobbled alleys and relaxed seafood restaurants best known for offering some of the world’s finest land-based whale-watching. The season runs from Jun to Nov and peaks over Sep-Oct, when around 100 Southern Right whales and a smaller number of Humpback whales converge there to calve. 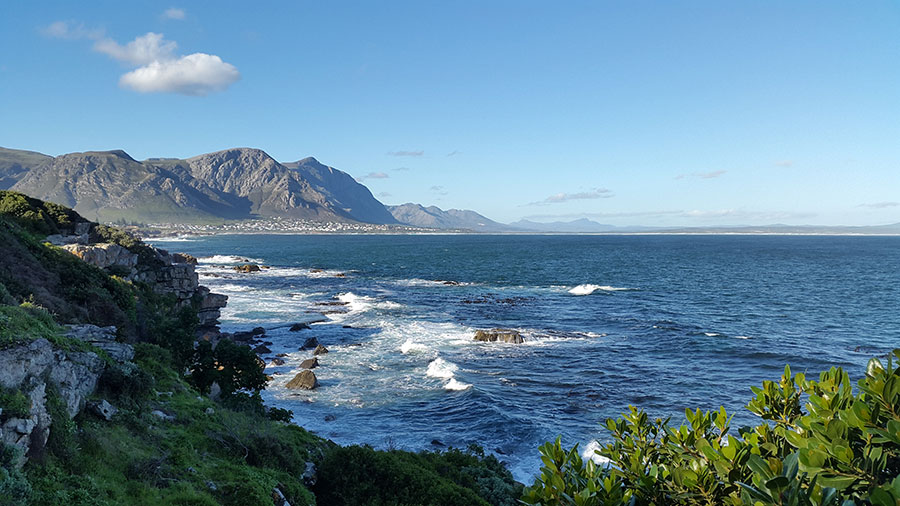 The seaside town of Hermanus draws visitors from all over the world during the whale-watching season between July and November | Credit: Hermanus Tourism

Protected within the recently created Agulhas National Park, the rocky headland known to the Portuguese as Cabo das Agulhas (Cape of Needles) is not only the southernmost tip of Africa, but also forms the semi-official divide between the Atlantic and Indian Oceans. More than 250 ships fell victim to the jagged offshore rocks for which Agulhas is named prior to the construction of what is now the country’s second-oldest lighthouse.

Cape Agulhas is at the Southernmost tip of Africa and has claimed many lives due to the rough seas and unpredictable weather | Crdit: Pam Golding

The West Coast National Park north of Cape Town is centred on the vast Langebaan Lagoon, a globally important site for marine birds, ten species of which breed there colonially. It is also renowned for its multihued spring wildflower displays, which usually take place over Aug-Sep.

Eastern Cape’s Wild Coast is studded with scenic gems, ranging from arty Port St Johns on the Mzimvubu River mouth to the sea-eroded rock formation known as Hole in the Wall or EsiKhaleni (isiXhosa for ‘Place of Noise’). It is also the birthplace if Nelson Mandela, whose three-hut maternal home is preserved as a museum annex in the village of Qunu.

Founded by the British immigrants known as the 1820 settlers, the well groomed university town of Grahamstown is studded with Georgian and Victorian buildings, including an astonishing 40 churches. The 11-day National Arts Festival held here in early July is the premier event of its type in South Africa, hosting everything from Shakespearean plays to live African music and a multitude of street artists. 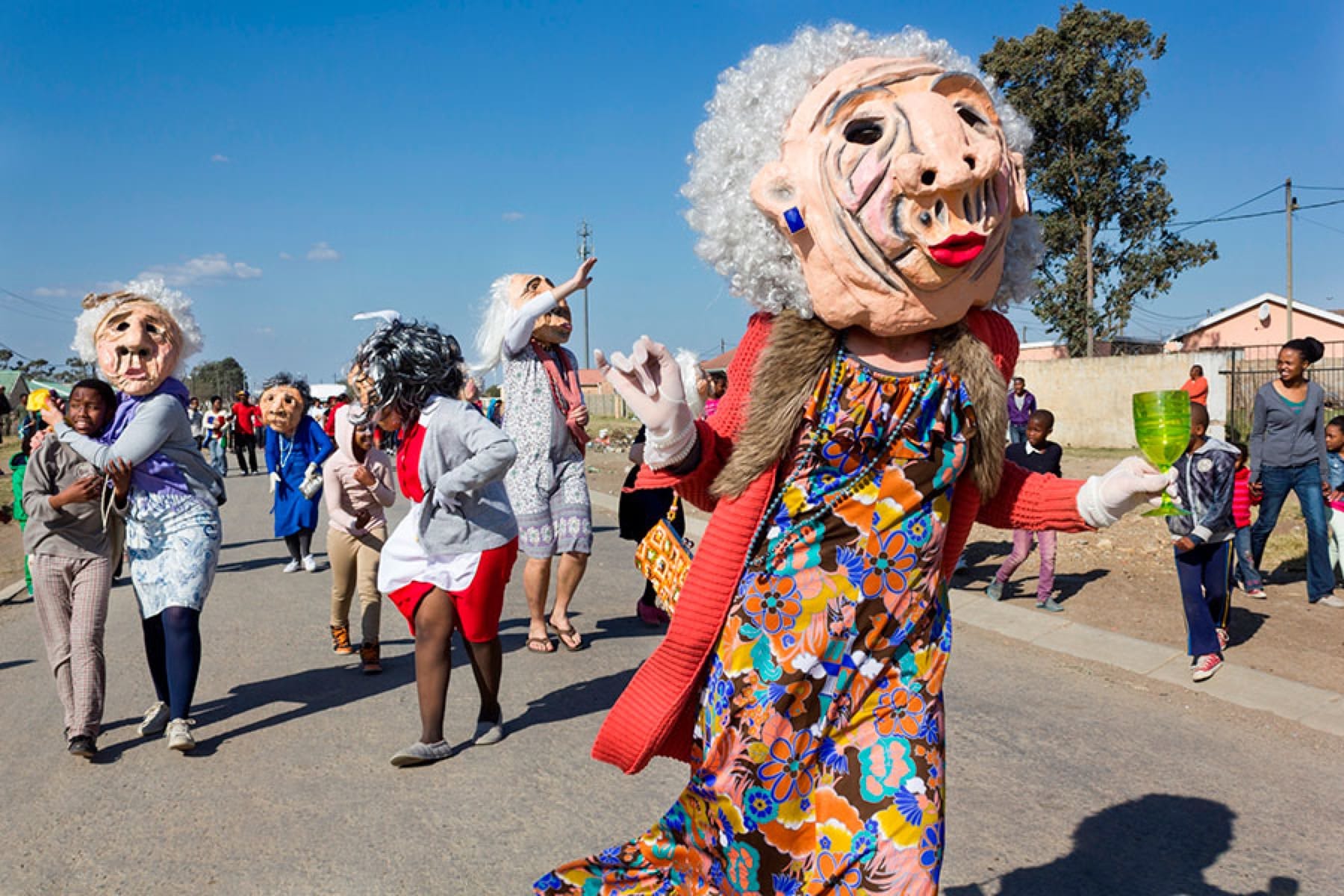 The National Arts Festival brings many different people together in a celebration of South African creativity and talent | Credit: Michelle Cunliffe

There are over 600 elephants in the Addo Elephant National Park

The attractive Blue Flag beach at Jeffreys Bay is dominated by what many surfers regard to be the world’s longest and most perfect right-hand break: supertubes. Scintillating surfing aside, dolphins are frequently observed from the unspoilt coastline protected within the nearby Cape St Francis Nature Reserve. 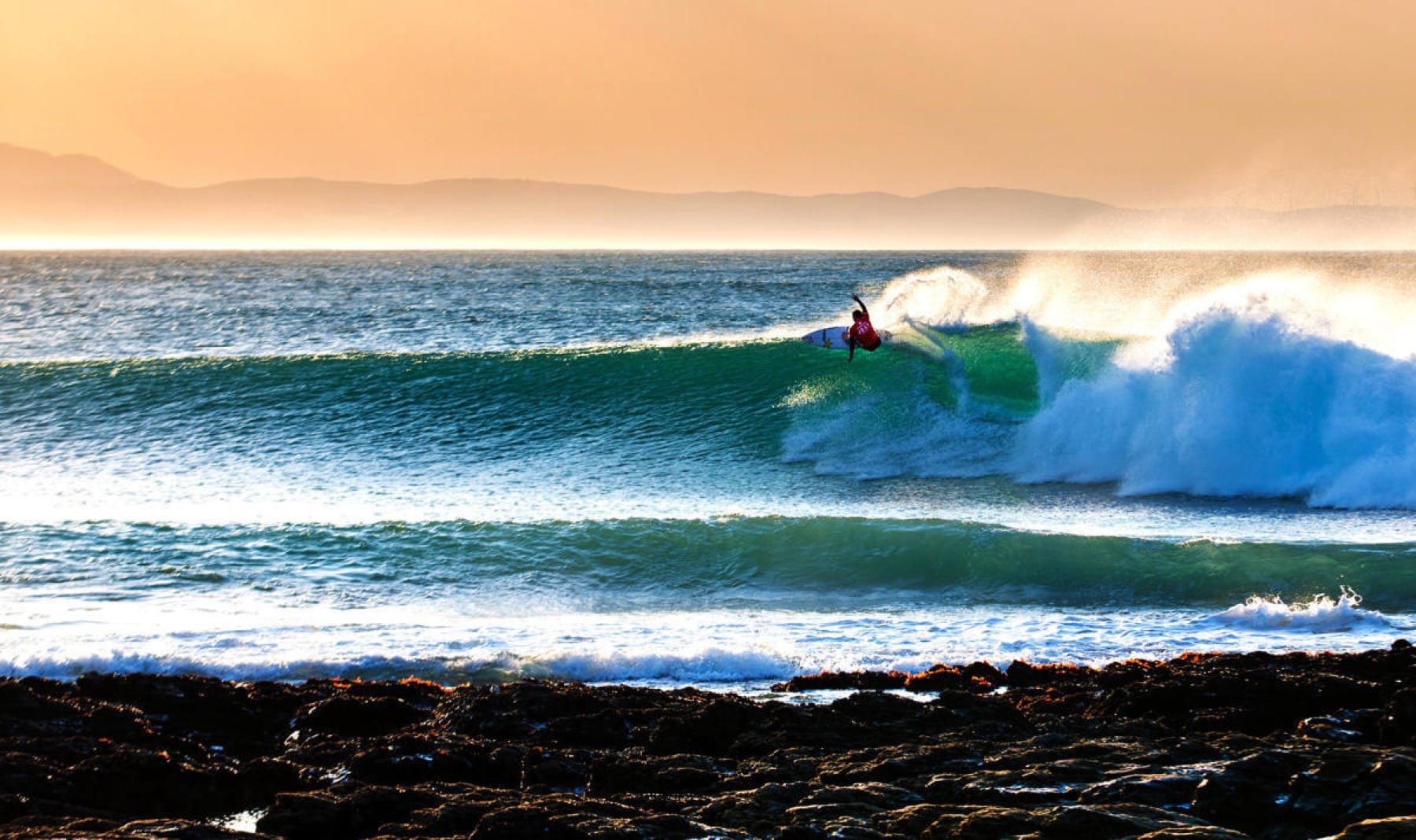 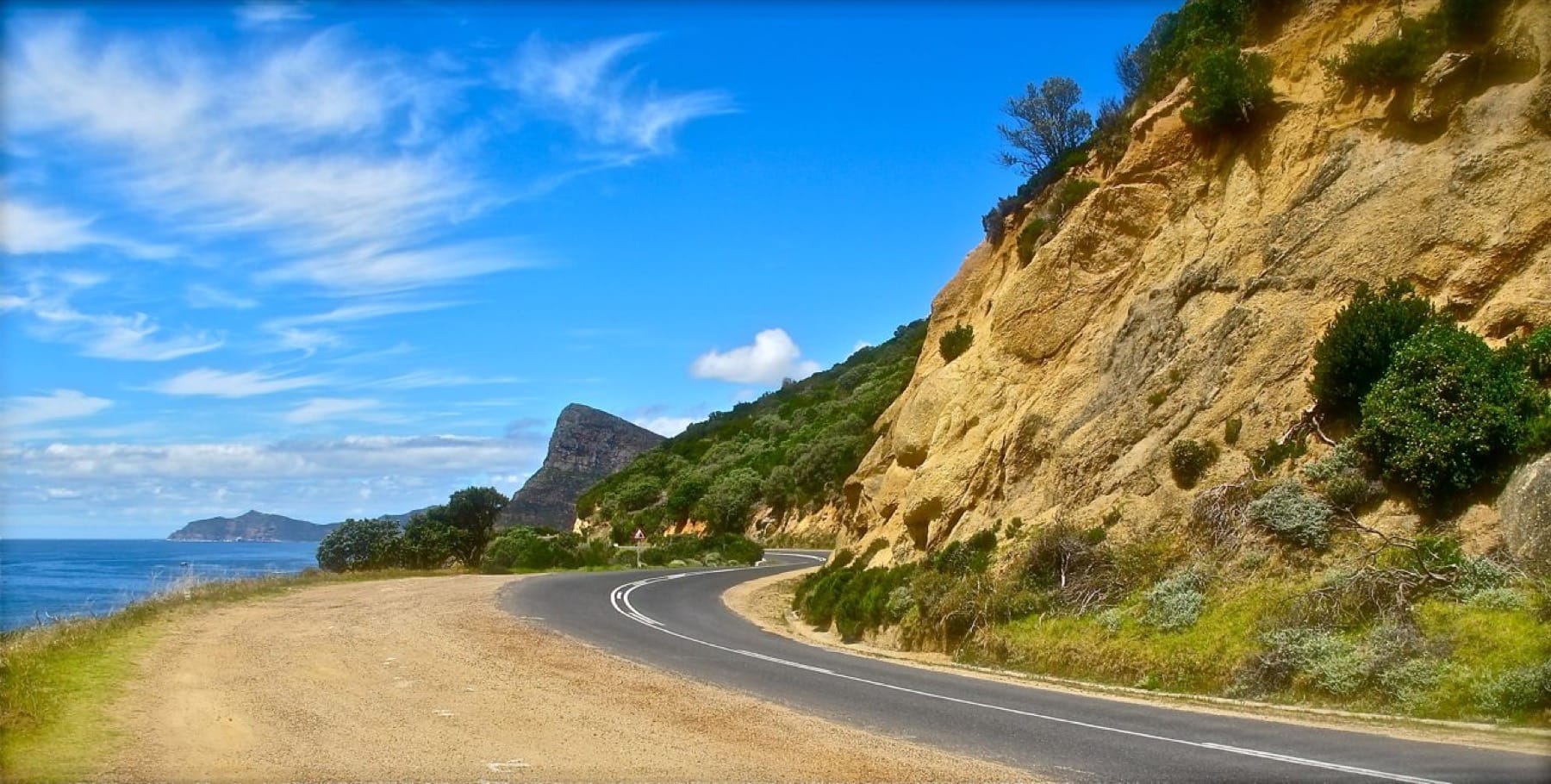 South Africa has a variety of well-maintained roads and beautiful scenic coast lines. While there are numerous airports around the country, sometimes it’s worth taking a road trip | Credit: TravelNation.co.za

The Drakensberg experiences snow during June Johannesburg and the highveld is cool but sunny by day, very cold at night, and dry. Cape Town and the Western Cape is warm…

South Africa’s major safari destinations are mostly clustered in the country’s northern interior. Foremost among these is the iconic Kruger National Park and bordering…

The Golden oriole travels from Asia to South Africa in March Johannesburg and the highveld is warm and mild by day, cool at night and receives occasional rainfall often…