Located in the far southwest of Kenya in the Great Rift Valley, the Masai Mara National Reserve is the East African country’s flagship park: a vast wilderness of abundant big game, spectacular landscapes and the scene of one of the planet’s most dramatic wildlife migrations. The reserve is named after the Maasai people, a semi-nomadic tribe of pastoralists who have long inhabited the region, and their word to describe this landscape – “mara” – which means “spotted” – a reference to the trees and bushes, as well as the shadows of passing clouds, that dot the plains. 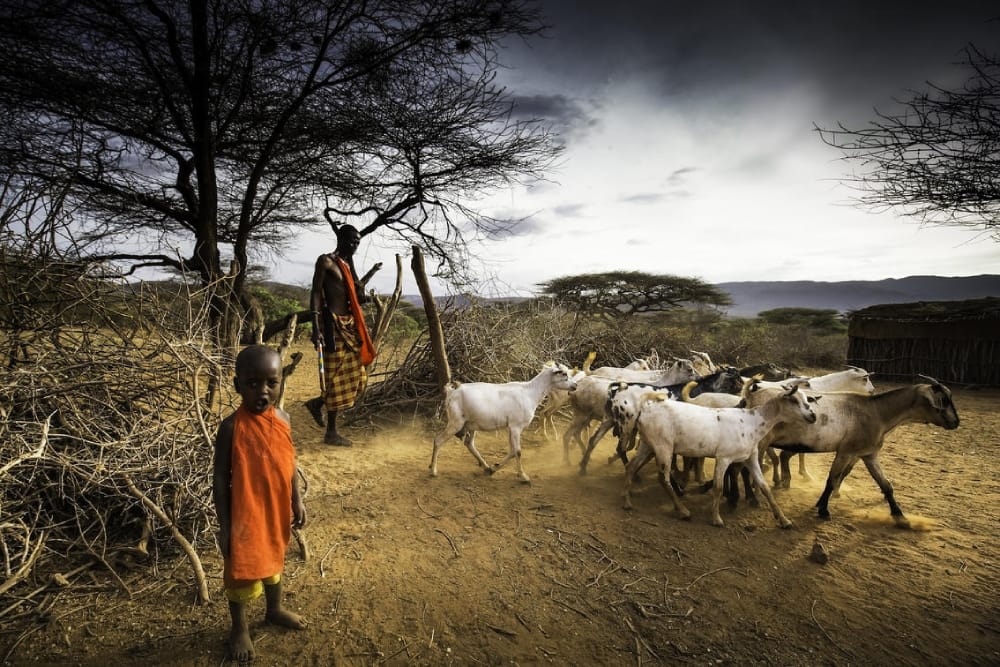 The Masai Mara was established in 1961 as a wildlife sanctuary and today it encompasses an area greater than 370 000 acres, with no fences between the park and the neighbouring wilderness of the Serengeti National Park, across the border in Tanzania. The national reserve is only a small part of the Greater Mara Ecosystem, which also includes group ranches, community land and private conservancies.

The Masai Mara is one of the best places in Africa to see wildlife: the concentrations of game here are astounding. Resident in the reserve are the Big Five (although not many rhinos, and they’re hard to spot), as well as huge herds of plains game, hippos and crocodiles in the rivers and more than 500 species of birds. The reserve is particularly famous for its big cats – lions, leopard and cheetah – and the nature documentary show BBC’s Big Cat Diary was shot on the reserve’s plains. While the wildlife viewing at almost any time of the year is superb, the Masai Mara is best visited during the months of the Great Migration, when millions of zebra, wildebeest and gazelle make their way north into the park from the Serengeti, crossing the Mara River in search of fresh grazing. Watching vast herds of animals on the move, as well as the thrilling kills by the big cats that pursue them, is one of the most exciting safari experiences you can have, and it’s no wonder that the Great Migration is at the top of most safari travellers’ bucket lists. 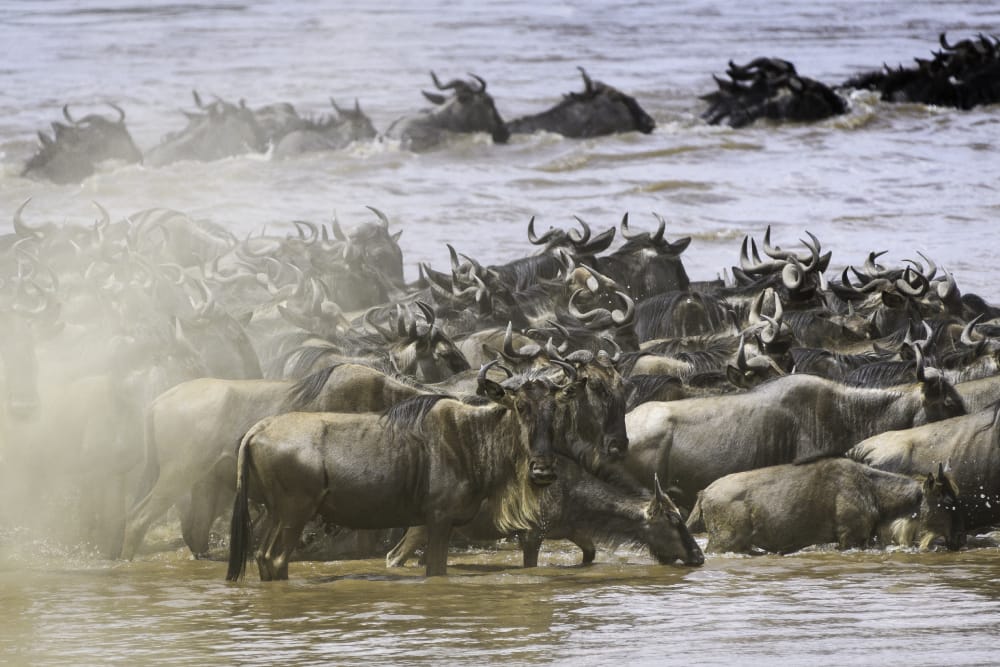 Apart from wildlife, the landscapes of the Masai Mara are stunningly beautiful: the classic Out of Africa backdrops of seemingly never-ending savanna studded with photogenic acacia trees. To the west, the park is bordered by the Oloololo Escarpment, a dramatic plateau, while the rest of the park is made up of rolling grasslands, acacia woodlands, riverine forest and rocky hills.

Two major rivers – the Talek and the Mara – cut through the Masai Mara National Reserve, splitting it into three sectors: the Sekenani Sector, which lies to the east of the Talek River, the Musiara Sector, which is sandwiched between the two rivers, and the Mara Triangle, which is west of the Mara River. The Musiara and Sekenani Sectors are controlled by the Narok County Council, while the more remote Mara Triangle is administered by a non-profit conservancy company, the Trans Mara County Council. 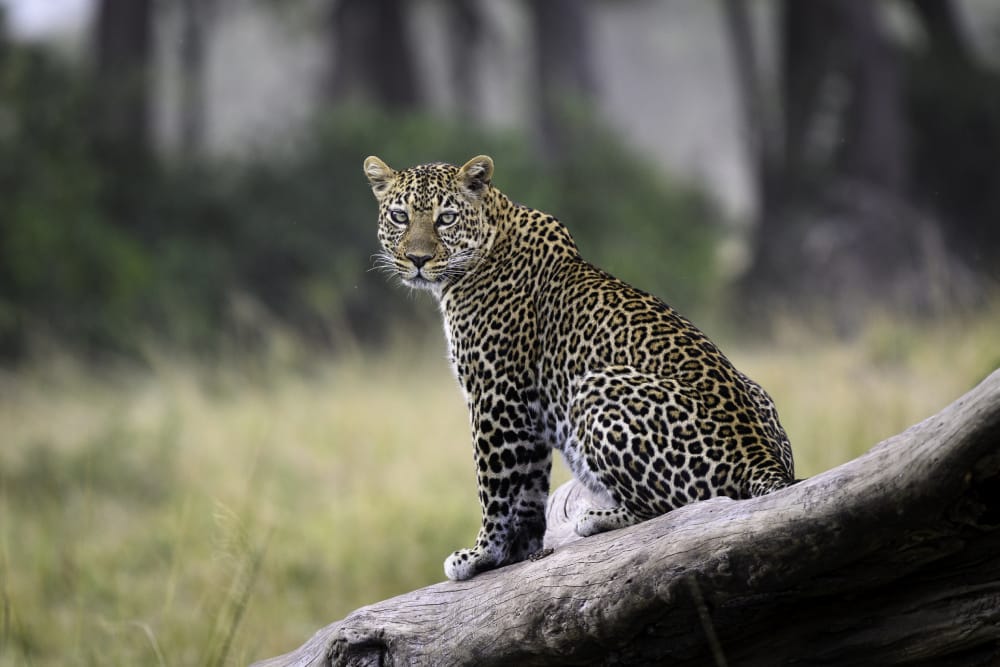 Musiara Sector offers great game viewing in the Musiara Marsh, as well as some of the most spectacular wildebeest crossings at the Mara River. In the southeast of the park and bordered by the Sand, Talek and Mara Rivers, the Central Plains makes up the largest part of the reserve. The expansive grasslands of the Central Plains attract vast herds of plains animals, especially during the Great Migration from August to October, while the area is also famed for exciting big cat sightings. Within the Central Plains, the savanna of Paradise Plain is prime cheetah territory, while Rhino Ridge for black-backed jackals, spotted hyena and bat-eared foxes. Head to Lookout Hill for incredible panoramas of the Olpunyaia Swamp and sightings of hippo, as well as for scenes of wildebeest crossing the river during the months of the migration. As the closest area to Nairobi and with a huge number of lodges, hotels and camps, the Central Plains is the most popular area of the reserve for tourists.

The Masai Mara’s rivers are home to hippos and massive Nile crocodiles, as well as many species of waterbirds, while the Mara River, which wends its way through the national reserve, plays host to the biggest pods of hippos and also to the perilous crossings of wildebeest during the Great Migration. 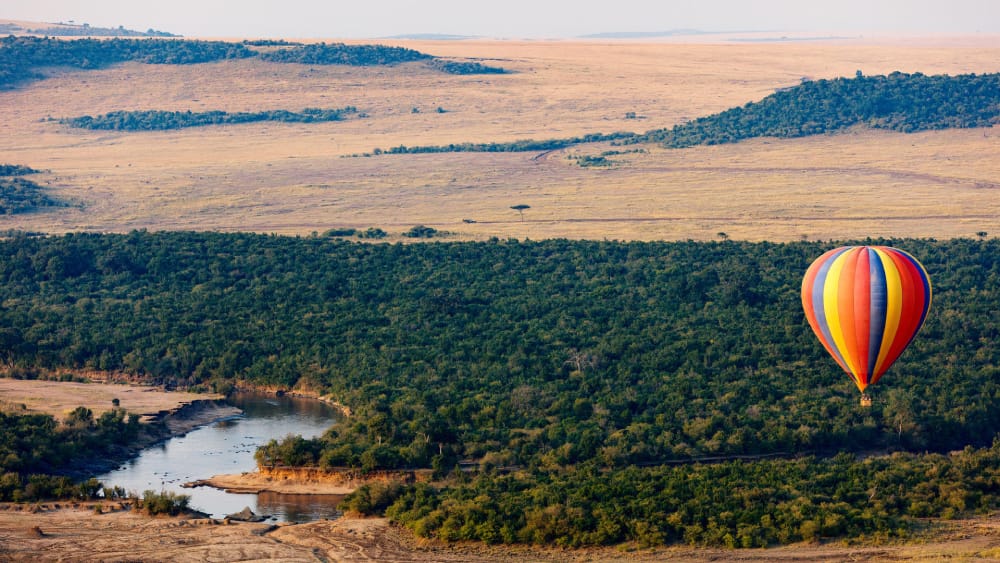 One of the biggest mammal migrations on the planet, the Great Migration (otherwise known as the Great Wildebeest Migration), sees around two million wildebeest, gazelle and zebra – followed by hungry predators – move between the Serengeti National Park in Tanzania north to the Masai Mara National Reserve between June and September in search of fresh grass after seasonal rains. It’s been called the Eighth Wonder of the World and it’s easy to see why: the sheer scale of the herds is quite literally breath taking, and the everyday dramas of survival, hunting and attacks by predators are among the most thrilling wildlife sightings you can have. The most sought-after scenes from the Migration are the dangerous river crossings that the animals make across the Mara River, which usually take place in July and August in the Masai Mara. With a choice of lodges and camps near the Mara River, you’ll be able to stay close to the action, and spend game drives travelling between different crossing points on the river.

Going for a hot air balloon ride at dawn above the plains of the Masai Mara is an unmissable experience. Getting a bird’s eye view of the endless savanna dotted with game is definitely one way of taking your safari up a notch. There are several companies that offer sunrise balloon flights and trips can be booked through your lodge and the price includes transfers from your lodge as well as a champagne breakfast when you land. 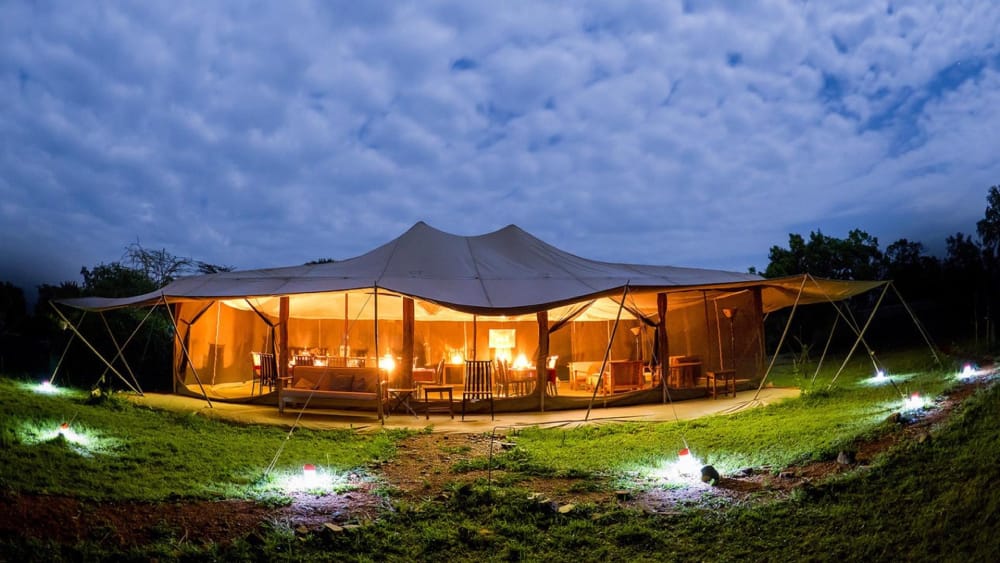 Make a visit to a traditional Maasai manyatta (village) to learn more about the fascinating culture and history of the semi-nomadic people who call the Mara home. Learn about daily life in the manyatta and some of the traditional rituals and ceremonies that make up Maasai culture and see the villagers singing and dancing – the Maasai are famous for their jumping dance, where the warriors come together in a circle with one dancer in the centre jumping higher and higher along to the singing voices of the warriors. You’ll also be able to buy some of the exquisite and distinctive beaded jewellery pieces that the Maasai wear – a perfect souvenir or gift to take home.

If you want a unique experience in the Masai Mara, consider a Maasai homestay: spending a night or two in a Maasai manyatta just outside the reserve’s gates. You’ll get to see what daily life is really like for a Maasai community by helping out with village chores such as milking cows, and learning to make jewellery, but you’ll also get to spend time in nature doing bush walks with a Maasai guide. 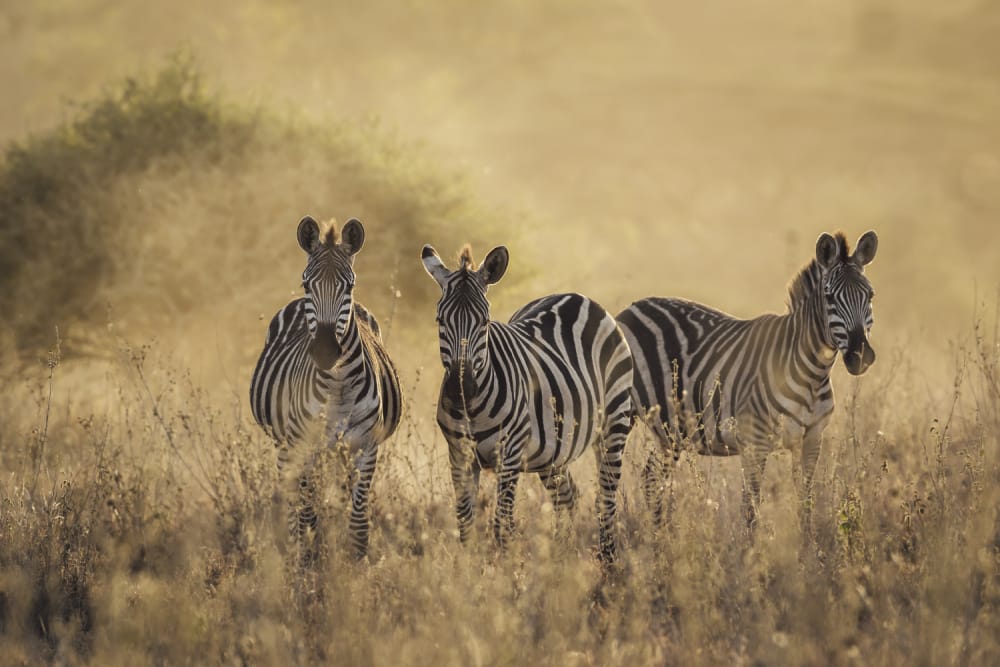 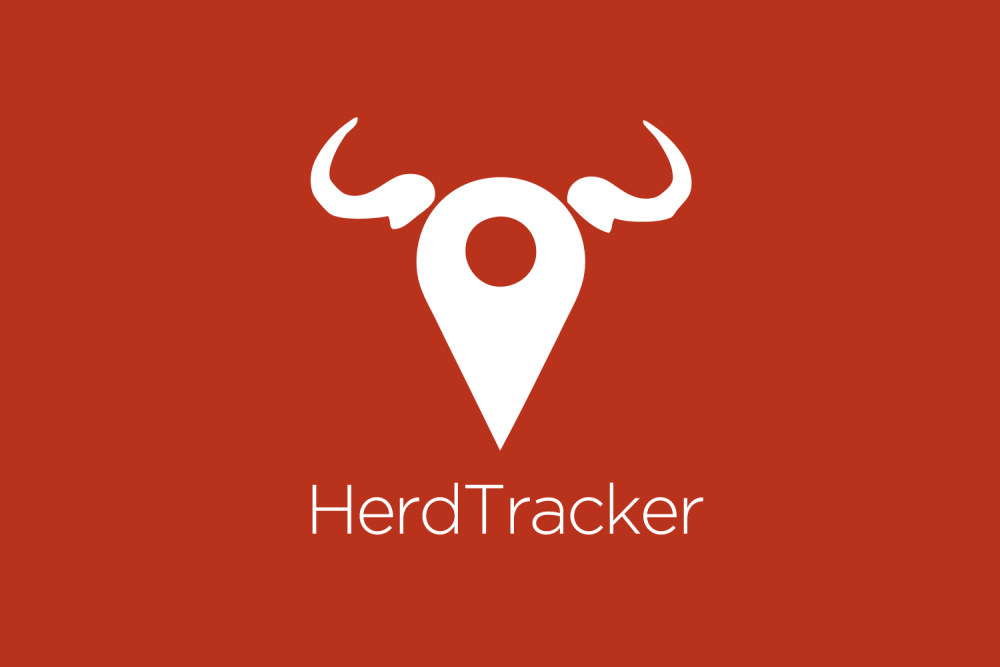 Wedged between the Serengeti National Park in Tanzania, the Mara River and the Oloololo Escarpment in the western section of the Masai Mara, the Mara Triangle is a special…

There’s less rain in January than in December, with an average of 15 days of rainfall in the month. If it does rain then it’s usually a short shower in the…

Credit: Karen Blixen Camp The Masai Mara has wildlife in abundance: the reserve is home to the Big Five, and you’re pretty much guaranteed to see lion, leopard,…