Another good evening yesterday at the main crossing in that there was a potentially good crossing of zebra at 5:00 p.m going from east to west, but it was stalled due to a crocodile attack on a mare and her foal.

She fought the crocodile off although suffered a broken leg. She crawled to the east bank into some rocks, A leopard who was in the croton thickets seized the opportunity and killed the zebra mare and started to eat. A few minutes later, three crocodile tried to size the zebra carcass from the leopard.

A good evening of photography and action. The movement of zebra at the moment are suffering heavy mortality rates due to the amount of crocodiles. 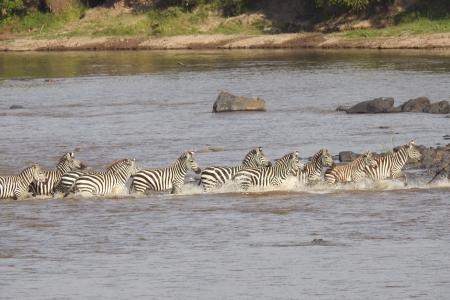 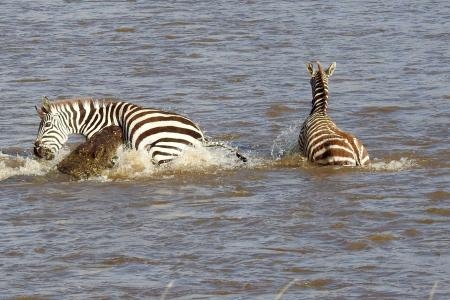 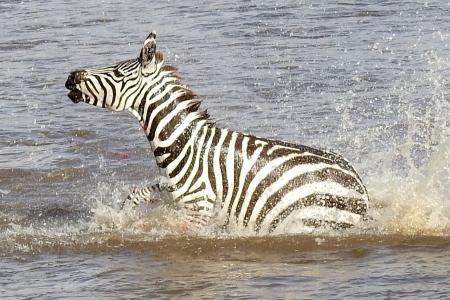 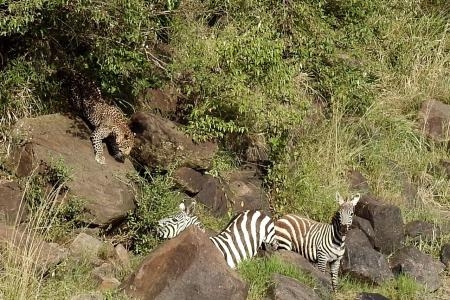 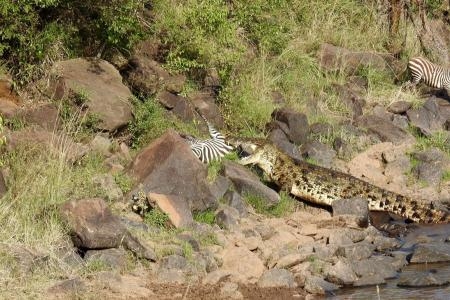 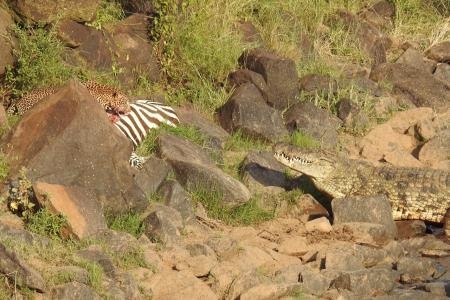