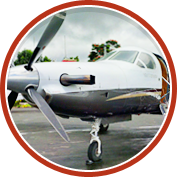 Migration is just south of Seronera

Hi Carel Sorry for the late reply, been in Mozambique with some sketchy wifi. At the moment, the team says, the migration is just South of Seronera, not really making missions in any direction really. The rains have been quite plentiful the past couple of weeks and rather evenly spread across the Serengeti, this should slow down the general movement towards Ndutu and will certainly break up the mega-herds into smaller ones. Some have moved down via Fort Ikoma and the west, others straight down the center of the Serengeti via Sero and the Four Seasons area and the bulk via the more traditional eastern route of Lobo and Loliondo, Turner Spring and Barafu and Masai Kopjes. Simba Kopjes is where they are at the moment. Keep well and talk soon! Capt Joel

Previous: They are all in Central Serengeti now