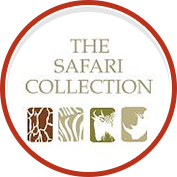 Big herds along the Sand River

There have been big crossings on the Sand River heading north all morning and still lots of small scattered herds through the main Mara reserve. The plains in front of our mess are heaving once again!

Yesterday, the migration was very condensed in the Mara again and the big herds are along Keekerok and along the Sand River between Keekerok Lodge and Roan Hills. Lots and lots of gnus and really packed together in some places.

They don’t really seem to be heading in any particular direction but have moved southwards in last few days.