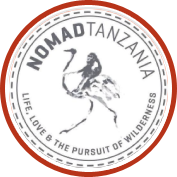 Yesterday, a huge number of wildebeest was spotted migration towards the Naabi Hill from Masai Kopjes on the eastern side of the Serengeti and Makoma Hill plains.

If you’ve ever wondered why nearly two million wildebeest put themselves through the ordeal of the migration every year, then the Serengeti calving season will show you why.

The southern plains of the Serengeti turn green after the November rains and fresh grazing is just what the wildebeest need for their energy-demanding calving season: several hundred thousand wildebeest are about to be born and it’s going to get busy.

The season is short-lived but epic in scale. In December, great waves of wildebeest come spilling out of the Masai Mara and into the southern Serengeti. The animals then fan out into adjoining areas such as the Ndutu region, Lake Masek and even the Ngorongoro Conservation Area.

It’s an amazing scene, the last great concentration of large, wildland animals in the world, and the surrounding landscape is a beautiful one: short-grassy savannah studded with rocky outcrops – koppies, the favourite haunt of the Serengeti’s leopards. 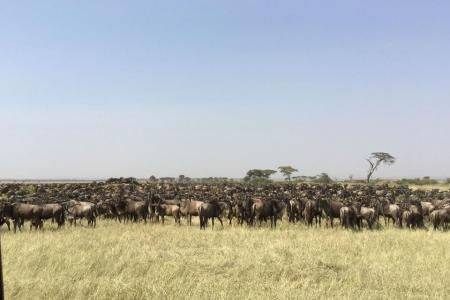 Next: Early sightings of hyenas