The calving season in full swing

The calving season in full swing!!

Generally starting in January, the pregnant wildebeest give birth and by February some 8 000 baby wildebeest are being born every day. The calving season carries on into March and is joined by other animals too. Tens of thousands of zebras and gazelles have accompanied the wildebeest on their trek and are taking advantage of safety in numbers to drop their young too.

The best camps for the calving season lie in the Ndutu area, south of the Serengeti. Many are semi-permanent tented camps set up each year in the path of the migration, enabling you to leave camp on early morning drives and head straight into the action. Your accommodation usually takes the form of a large, walk-in tented suite with large bed, outside seating area and a private bathroom.

We suggest three nights in the Ndutu area and two nights in another destination to complement the migration experience. Perhaps a camp in the Central Serengeti, home to excellent resident wildlife, or – since Ndutu forms part of the Ngorongoro Conservation Area – a lodge at the nearby Ngorongoro Crater, home to Africa’s most reliable Big 5 game viewing. 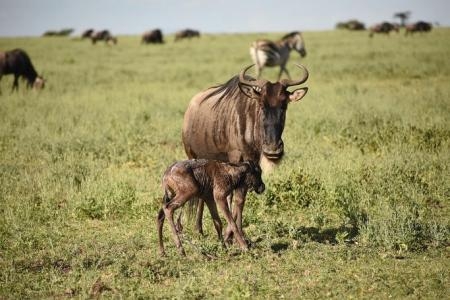 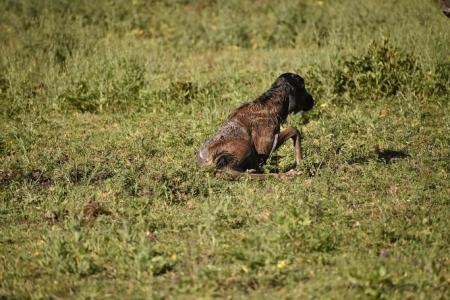 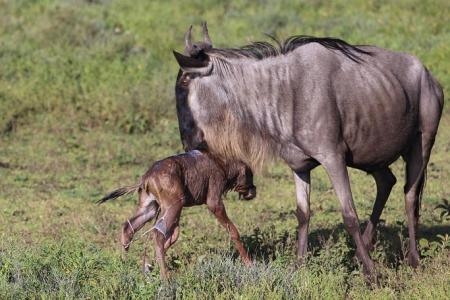 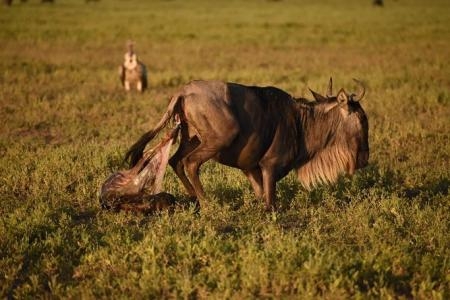 Previous: The number of animals on the landscape of the Serengeti was incomparable

Next: Africa’s Garden of Eden