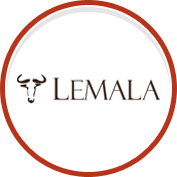 Little rain in the central Serengeti

I had confirmation from a TFC pilot this morning that there is a very large group about 40km to the south of us, which puts them a little bit more than halfway between us and Lobo. There has been little rain in the central Serengeti that we have heard of so we suspect that the super herd is split into 3 or 4 major herds. So some of them have crossed and the other groups are between the western corridor and the north and between Lobo and the north. Mark

Previous: Fort Ikoma‎ airstrip is over flowing with wildebeest!

Next: Nature never fails to amaze me