Wildebeest moving out of Musiara and Bila Shaka

Hi Carel - In the last few days there has been quite a lot of rain with 28th receiving 38 mm and the 29th receiving 30 mm. Many Wildebeest starting moving out of the Musiara and Bila Shaka areas as of the 28th of September. Large numbers congregated around the bottom end of Bila Shaka and on Rhino ridge, this morning the grassland plains of Bila Shaka, Musiara and Marsh were empty with large numbers of them on Paradise plains, The grass here is a little longer and also supports the two large herds of Buffalo which have moved out of Bila Shaka due to the many wildebeest that were in residence. Keep well Ariana Governors Camp Collection 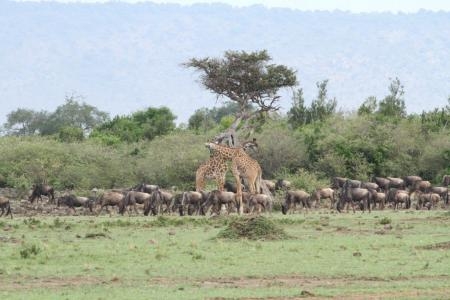