Lots of rain and marsh pride had killed a large male buffalo south of the Bila Shaka river bed.

A small shower of approximately 16 mm of rain last night kept a blanket of cloud cover over the Mara until 9.30am. The marsh pride had killed a large male buffalo south of the Bila Shaka river bed in the early hours of the morning, all 11 lion had eaten well, this was well deserved meal a great sighting to see all of them participating. Red, Tatu, Sienna's three sub adults and Charm with the five lionesses, there were over 50 spotted Hyena and many Black backed Jackals this morning when the marsh pride was feeding; the Hyena eventually had the remains at 10.00 am.

Large herds of elephant will be seen on the Musiara plains as they move across and through the marsh and into the woodlands, an estimated 100 elephant with many calves were seen this morning. There are large Buffalo herds up on Rhino Ridge and also in the east marsh grasslands. Topi and Cokes hartebeest will be seen in the Bila Shaka plains and also on Topi plains, this month we have been seeing Topi male sparring with one another as they determine their lek properties. Paradise Plains still has longer grass than much of the other open areas within Musiara. A Large Eland bull was seen on Topi plains along with scattered herds of male and female Topi and a few resident Zebra, grass levels on the open plains are improving with showers of rain nearly on a daily basis.

On the west marsh grasslands within the periphery of the riverine woodlands there are many giraffe, Defassa water buck, Olive Baboons, Grants gazelles and impala, Impala are all year breeders young fawns will also be seen in these breeding herds. Two fawns were taken yesterday 10th by male Olive Baboons in the riparian woodlands close to the BBC campsite area.

The small Thompson gazelles will be more favorably seen on the open plains of Bila Shaka and rhino ridge.

Large flocks of open billed storks who are a highly gregarious small Stork, with an unusually-shaped and highly specialized bill will be seen in the centre of the marsh for water levels are higher and also most likely food value is more available, often at midday they can be seen circling high with the thermals. Black necked Herons and Grey herons will also be seen along the verges of the marsh and many other of the stagnant waterways.

Grey Kestrels are being seen widespread, with many termites building up their mounds since the rains these kestrels feed off these working termites.

And to cap it all off our clients had a good sighting of two Aardwolves it appear that it was a mother with a sub adult cub. Aardwolves are not often seen and this is probably one of the better photos seen in recent years. 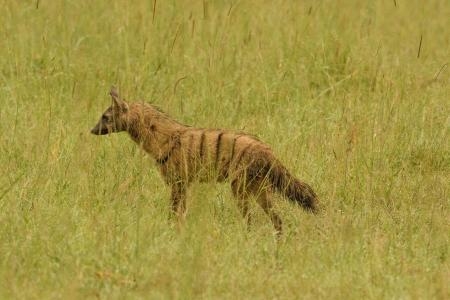 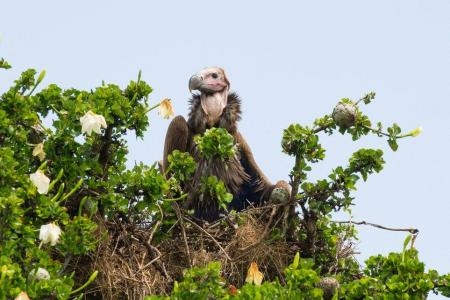 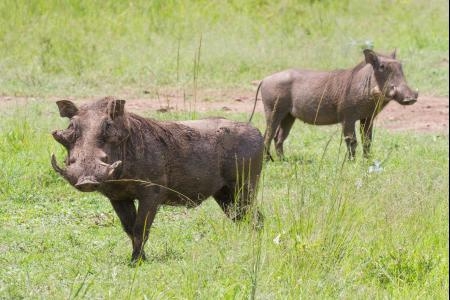 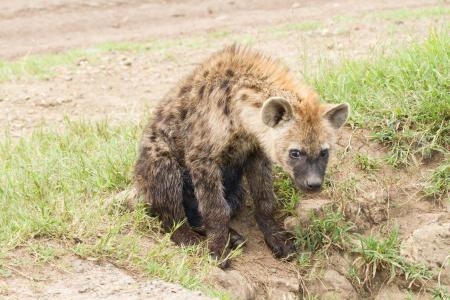 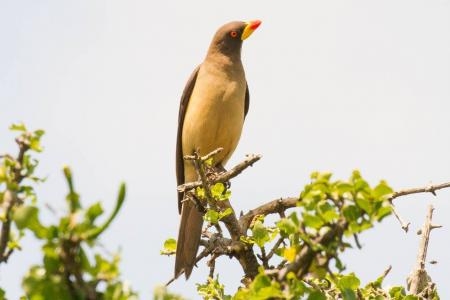 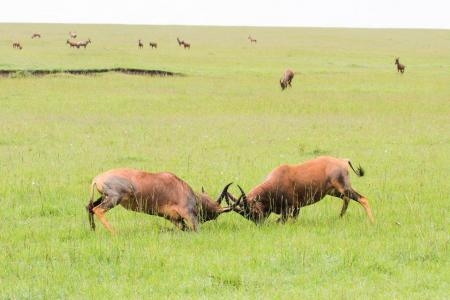 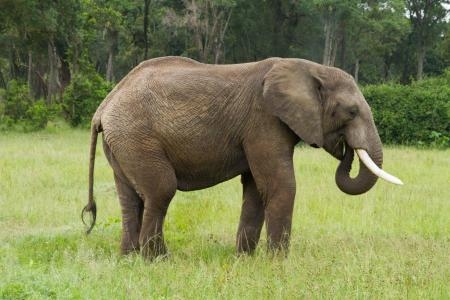 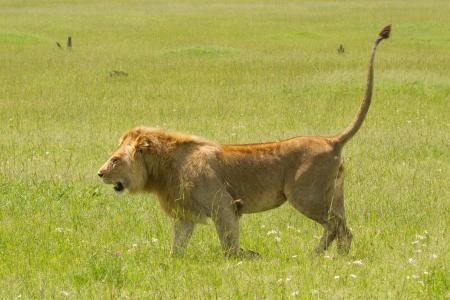 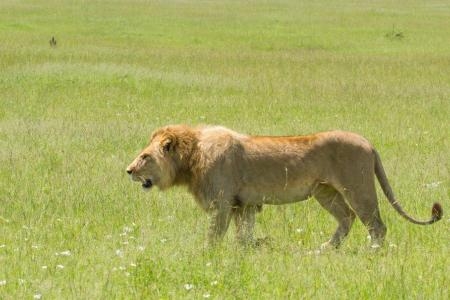 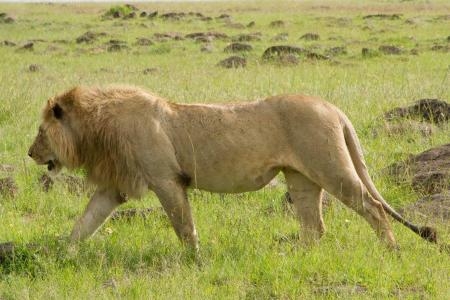 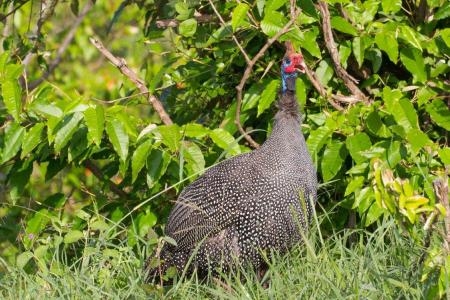 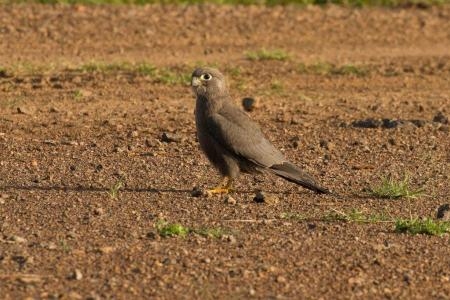 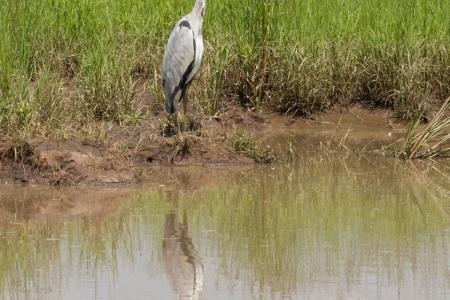 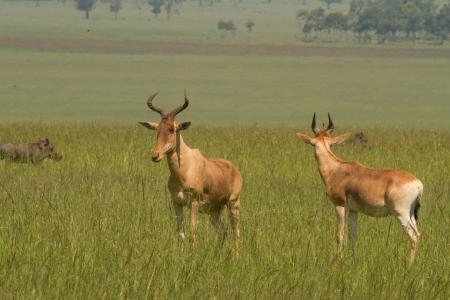 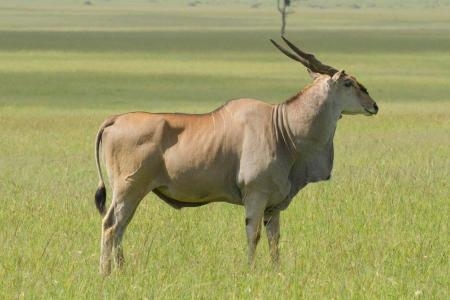 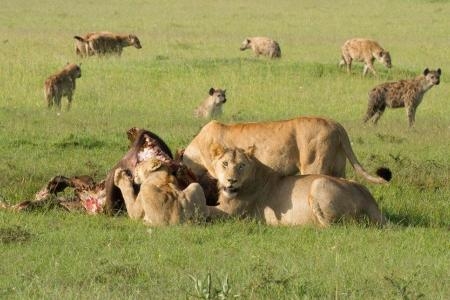 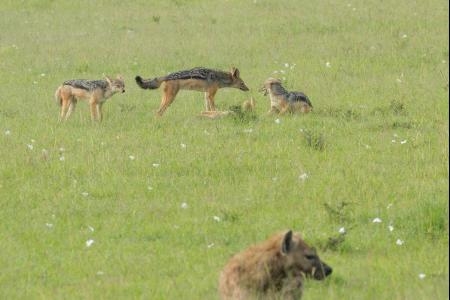 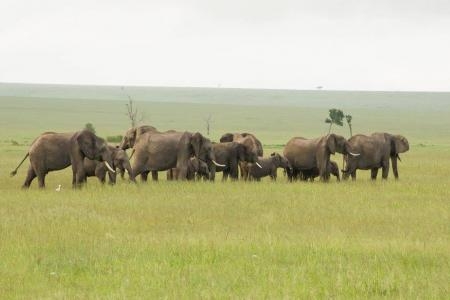 Next: Migration is spread from Gol Kopies, Naabi heading across to Ndutu