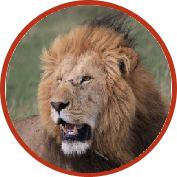 Yaya's two daughters have been officially named 'Pamoja' (meaning 'together') and 'Nusu Mkia' which means 'half a tail'.

Name suggestions had been circulating for the last few months but were confirmed recently. Nusu Mkia had an infection in her tail and the end dropping off - making her a very easily identifiable cat in the Mara.

They were spotted just a few days ago warming up for a hunt on some warthog who were a great distance away. These two have proven to be very skilled hunters, often working together on stealthy ambushes. On this particular occasion, they managed to get all the way up to the warthog without being noticed until Pamoja got exposed at the last minute due to the short grass.

Get closer than you could ever imagine to Africa’s most incredible wildlife. Feel the breath of the lion and the thundering of the gnu’s hoofs, all from the safety of our guided game drive or your own vehicle. 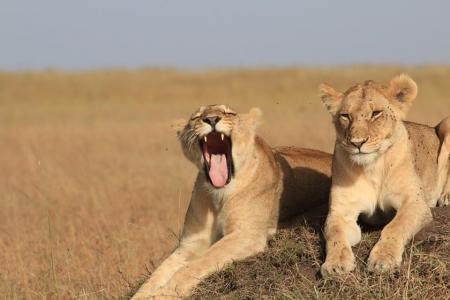 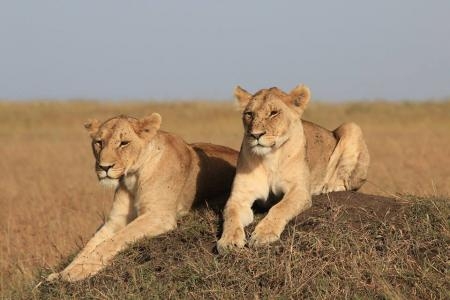 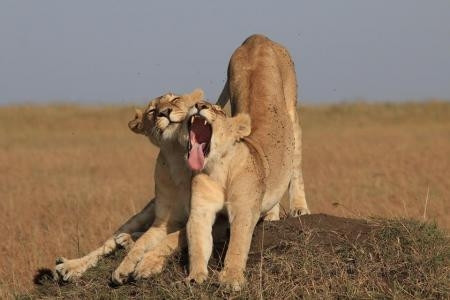 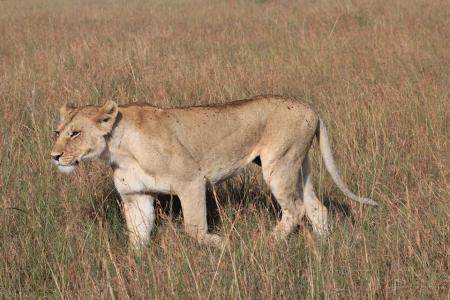 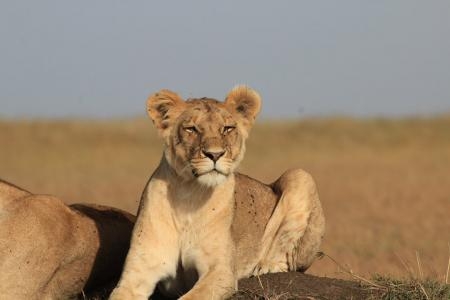 Previous: Don’t be scared of the long rains in April

Next: herds in the Southern Serengeti during his afternoon game drives