This morning at 10:30 a.m until 14:30 p.m there were many, in fact, huge numbers of wildebeest crossing at the main crossing points below Serena.

Most of these crossings were coming from the Trans Mara in the west, although earlier on at 09:30 a.m, there were a few zebra and wildebeest that crossed from the east to the west side.

Interestingly, some of those that crossed from the east to the west then joined up with those coming from the west side that were rushing down to the river in long columns. Guides and guests were coming back this evening saying they saw at least four different crossing during the late morning and early afternoon.

There were an estimated 5,000 - 10,000 that crossed this morning at various points at the main crossing areas. Four wildebeest were taken by crocodiles. 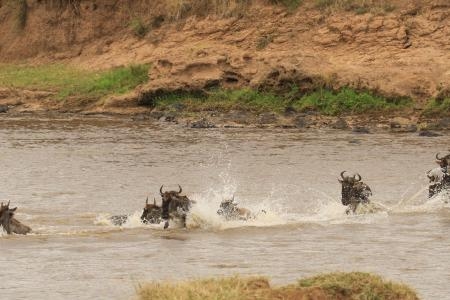 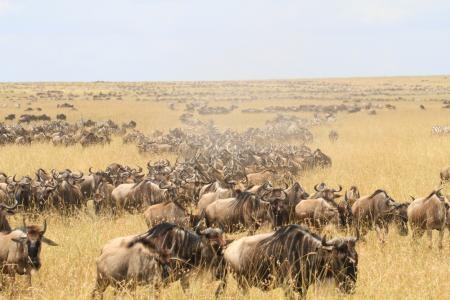