Yesterday morning there were large numbers and long files of wildebeest and some zebra moving down from the conservancies in the north east of the reserve, much of the grassland plains are getting short and dry.

Some of the wildebeest herds are in large numbers and could easily be mixed in with the resident population and those that crossed the Sand River earlier in July and moved north east via the Talek. Scattered herds of wildebeest within the Rongai, Maji Ya Fisi and Hammerkop areas and Burrangat Plains within the Trans Mara.

Common Zebra, and now as I send this email, many of the wildebeest that came down last night are now also in large numbers spread out across most plains of the Musiara and Bila Shaka areas. Grass levels in most areas are slowly drying out. 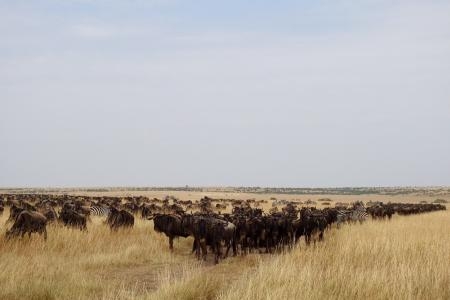 The herds are slowly moving north - Image by Patrick Reynolds 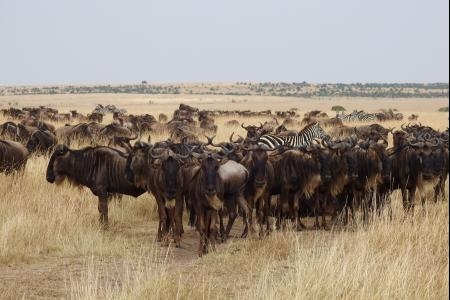 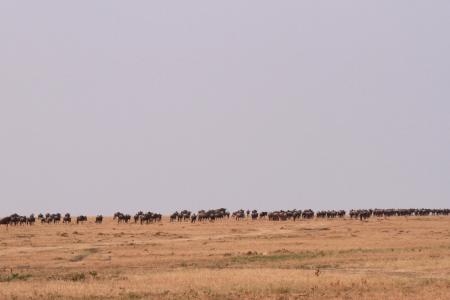 Previous: Huge herds on the Masai Mara side just across the Sand River

Next: Wildebeest in Musiara and the Trans Mara areas