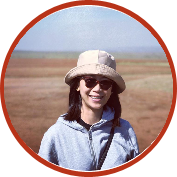 By October, most of the herds have reached the grasslands of the Masai Mara. It's a short stint, however; in November, they begin their journey back to the southern Serengeti to be there in time for the green shoots on its plains. They arrive by December when the cycle starts to pick up again.

By October, the conservancies in the Mara are much less crowded and, not only will you still be able to witness the Migration, but you will also be benefiting the Maasai communities who have lived there for thousands of years. 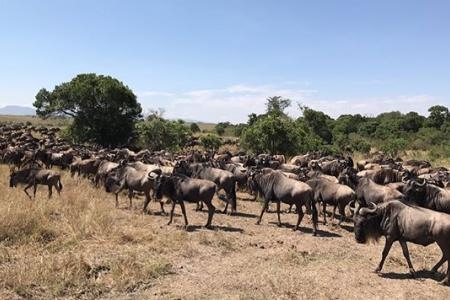 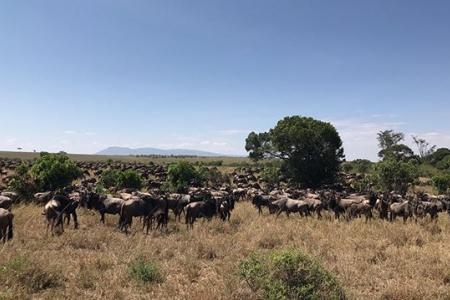 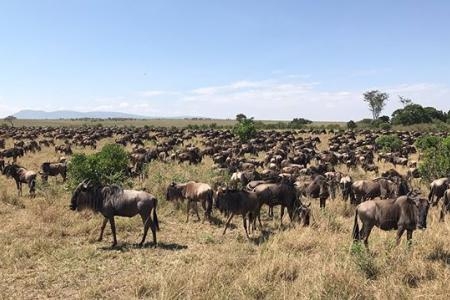 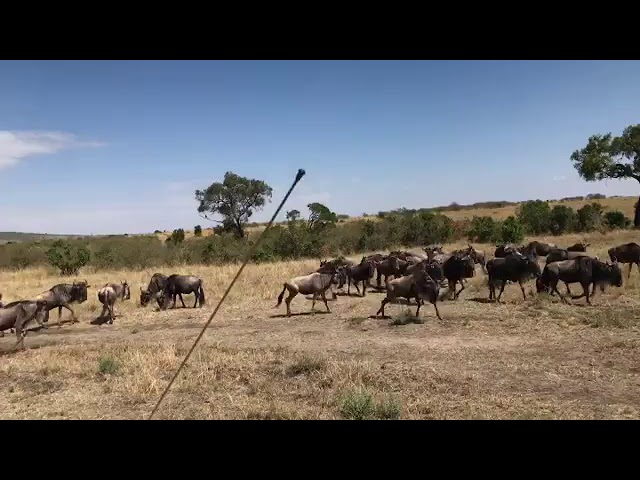 Previous: Large herd of the wildebeest crossing at point no 2 from the north to southern Serengeti

Next: October is a good time to see the wildebeest herds move back into the Serengeti