While the Masai Mara National Reserve is the focal point of the Greater Mara Ecosystem, in the last decade there have been a number of conservancies that have been established which border the unfenced national reserve. These conservancies are on private land owned by Maasai families that have been set aside for wildlife conservation and tourism. The landowners lease their land to safari companies and lodges, who then pay monthly fees which go back into the community, funding education and other development initiatives. In return the Maasai are still allowed to graze their cattle on the land, but only under strictly controlled conditions. As a result of the establishment of conservancies, Maasai communities have benefited from economic upliftment, while wildlife numbers have increased as land that was once over grazed by cattle is now being rehabilitated as wilderness. 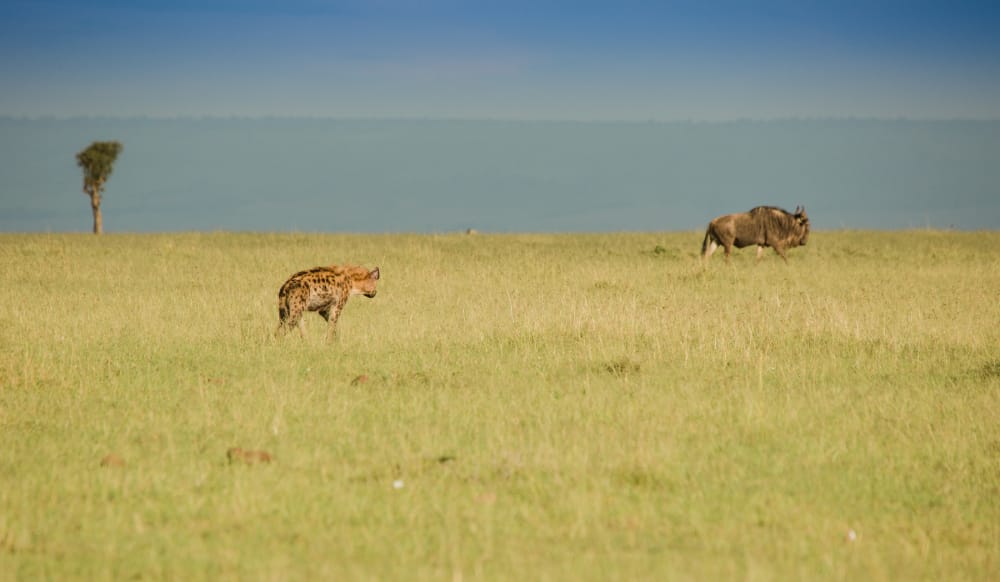 Mara conservancies are the best option for people wanting a low tourist density Masai Mara safari experience, as most of the concessions only have a few camps – and restrict the number of beds on the land – and don’t allow self-driving, so there’s a limit to how many vehicles will be at sightings. The other bonus of staying on a conservancy is being able to do the activities that are not permitted in the national reserve, including bush dinners, night drives, off-road driving and walking safaris, which are an amazing way to experience the wilderness and animals. On walks in the bush, Maasai guides will not only track animals but teach you about the ecosystem, its fascinating animal, bird and insect life, as well as the medicinal and cultural uses of plants.

The conservancies – which cover an area of land almost the same size as the national reserve itself – are concentrated around the northern end of the reserve, but they also lie to the east of the Masai Mara in more remote locations.

By staying at a Maasai-owned conservancy, you not only experience the luxury of exclusive wildlife viewing, but you also contributing to community conservation, improving the lives of local communities, and also helping wildlife numbers to increase.

On the northwestern edge of the Masai Mara National Reserve, the 74 000-acre Mara North Conservancy is one of the best of the concessions for its abundant wildlife, quintessential savanna landscapes and commitment to community conservation, working to rehabilitated overgrazed land and natural habitats and managing grazing areas. Game viewing is excellent, and particular highlights are big cat sightings and the dramatic herds of the Great Migration. Out of all the conservancies, it has the greatest number of camps – 10 in total – but there’s still a lot of space and privacy, as that means there’s nearly 700 acres per tent. 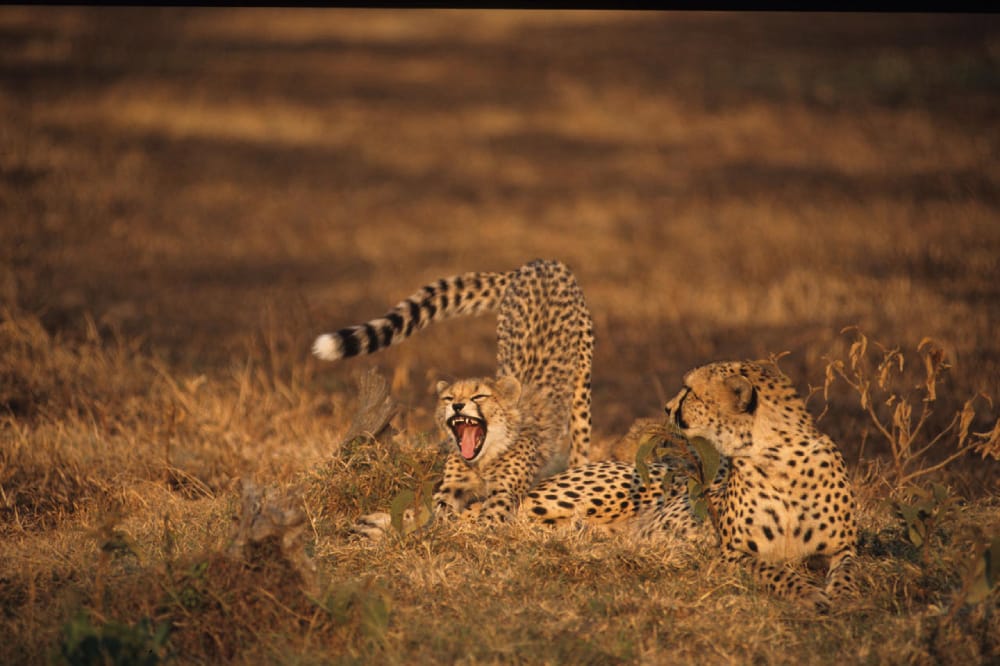 It’s easy to see why this 50 000-acre conservancy is hailed by many as the top concession in the Masai Mara. To the north of the national reserve, the Mara Naboisho Conservancy has only seven camps (which means 877 acres per tent), so there’s plenty of wilderness without other cars – and the impact on the environment is limited. The concentration of wildlife is high, with abundant big cats and herds of wildebeest, elephant and giraffe. It also ticks all the boxes for successful community conservation: the conservancy was established when more than 500 Maasai land-owning families decided to join up their land (“naboisho” means come together in the local Maa language) in order to allow for wildlife movement – there are no fences between the conservancy and the Maasai Mara – tourism and grazing. In order to allow the land to recover from intensive herding, the Maasai now practice controlled grazing.

At the northern end of the Greater Mara Ecosystem, the 6000-acre Enonkisu Conservancy is focused on improving cattle management so that the ecosystem and wildlife can regenerate and local communities have sustainable income from both grazing and conservation fees. Wildlife to spot include lots of plains game, giraffe, buffalo, elephant and a pride of lion that lives on the edge of the conservancy. Lodging in the conservancy is offered on an estate that has been “rewilded” from intensive cattle farming and in simple bandas at the conservancy training centre. 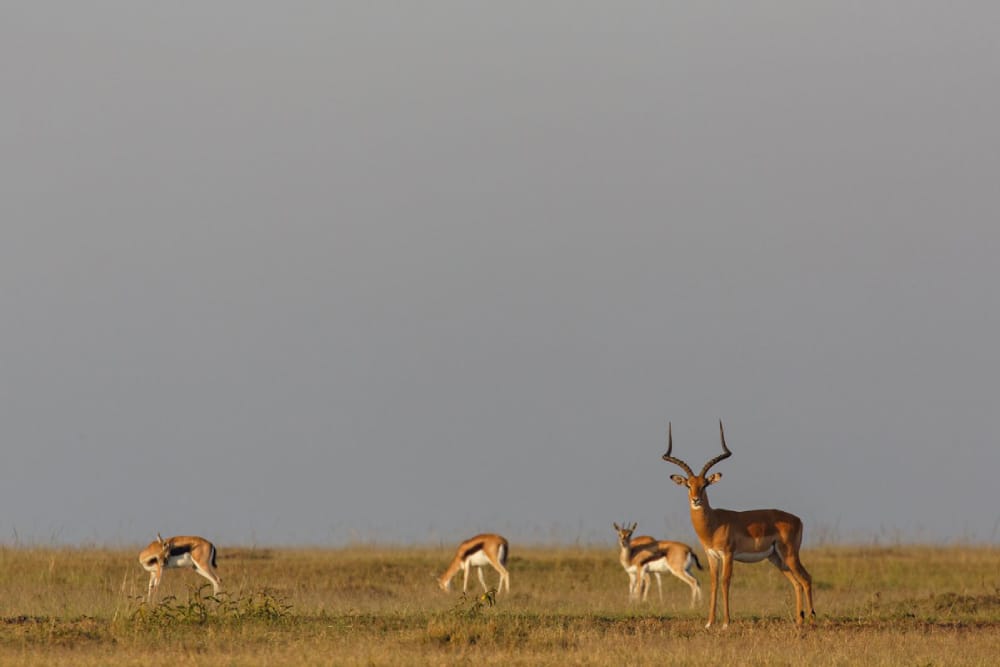 With only two small camps (as well as two mobile camps) on its 18 700 acres of grassy plains and undulating hills, the Maasai-owned Ol Kinyei Conservancy offers privacy and exclusivity – one tent per 1100 acres – as well as superb wildlife viewing, with a resident lion pride and leopards, as well as elephant, buffalo, giraffe and more than 300 bird species. The camps in the conservancy also offer game drives in the neighbouring Mara Naboisho Conservancy.

One of the oldest and most successful conservancies, Olare Motorogi (made up of the former Motorogi and Olare-Orok Conservancies) has been a blueprint for other concessions and community conservation in the Masai Mara. It also offers exceptional wildlife viewing (with large numbers of lion and elephant), with one of the highest concentrations of animals and lowest tourist densities in the Mara: there’s a 94-bed limit on the conservancy with just one room per 700 acres on its 33 000 acres of riverine forest, valleys and acacia woodland. 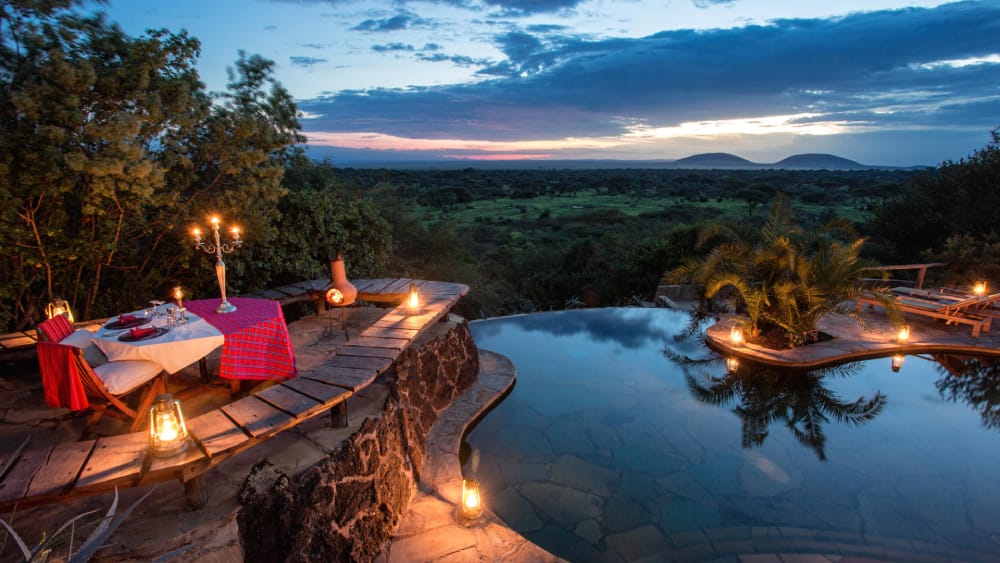 Along the eastern border of the national reserve close to the Serengeti in Tanzania, the 24 700-acre Olderikesi Conservancy is located in one of the most remote areas in the Masai Mara ecosystem. It’s also one of the most exclusive concessions, as there are only 20 rooms on the entire conservancy – a distribution of one room per 1200 acres. If you’re looking for the solitude in the wilderness, this is your spot. It’s also particularly rich in game and is known for fantastic lion, leopard and cheetah sightings.

Recently established in 2015 by 1200 landowners, the 7898-acre Mara Siana Conservancy lies some distance away from the Masai Mara National Reserve to the east. If you really want to get off the beaten track, this is a good option, as it’s more remote than some of the other conservancies and only has two lodging options. In this secluded valley there’s plenty of wildlife to be spotted, from prides of lions, herds of elephants, cheetah, leopard, buffalo and the occasional black rhino and wild dogs. 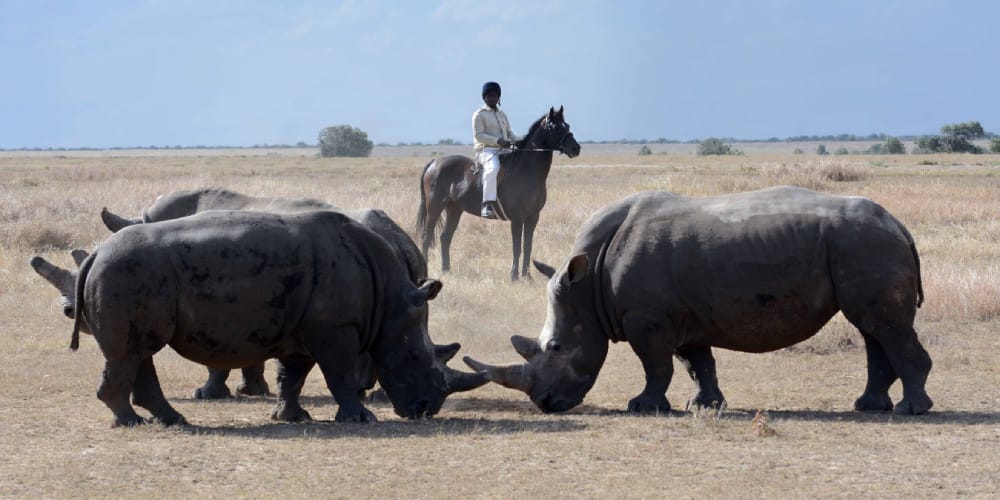 Lying to the northeast of the Masai Mara, the little-visited mountain range of Loita Hills is home to Maasai communities and home to beautiful landscapes of huge plains, thick forests, verdant hills and mountain peaks that loom up to 2150 metres. While this isn’t a conservation area and there’s less wildlife than in the conservancies, there’s still game to be spotted, from buffaloes and bushbucks to colobus monkeys, as well as lots of birds. However, the main reason to visit Loita Hills is to experience traditional Maasai culture and visit community projects and to experience a walking safari with Maasai guides in an area where few other tourists venture. There are a few options for walking safaris: staying at a base camp and doing day walks into the surrounding area, or doing a multi-day trip of up to 12 days, staying at mobile camps with all your equipment and provisions carried by donkeys.

While everyone has heard of the Great Migration, hardly anyone knows about the Loita Migration. Around May, at the start of the dry season, a smaller movement of hundreds of thousands of wildebeest and other antelope make their way from the Loita Plains that lie to the north of the Masai Mara National Reserve southwards into the reserve itself. The animals move through the Mara Naboisho, Olare Motorogi and Ol Kinyei Conservancies, so if you want to experience this mini version of the migration, then book a stay at one of the camps on these concessions. 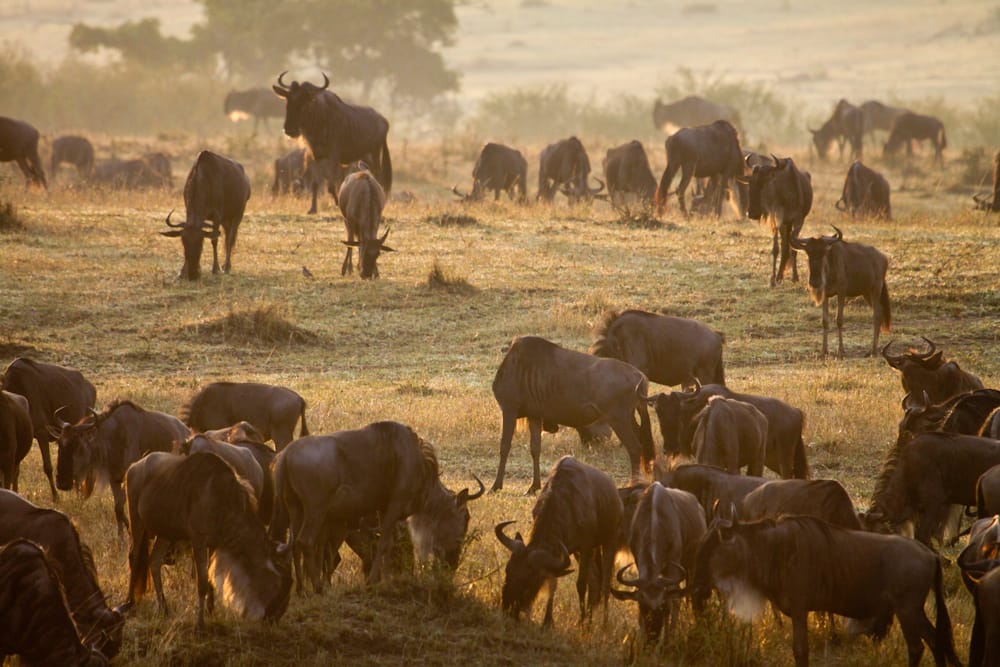 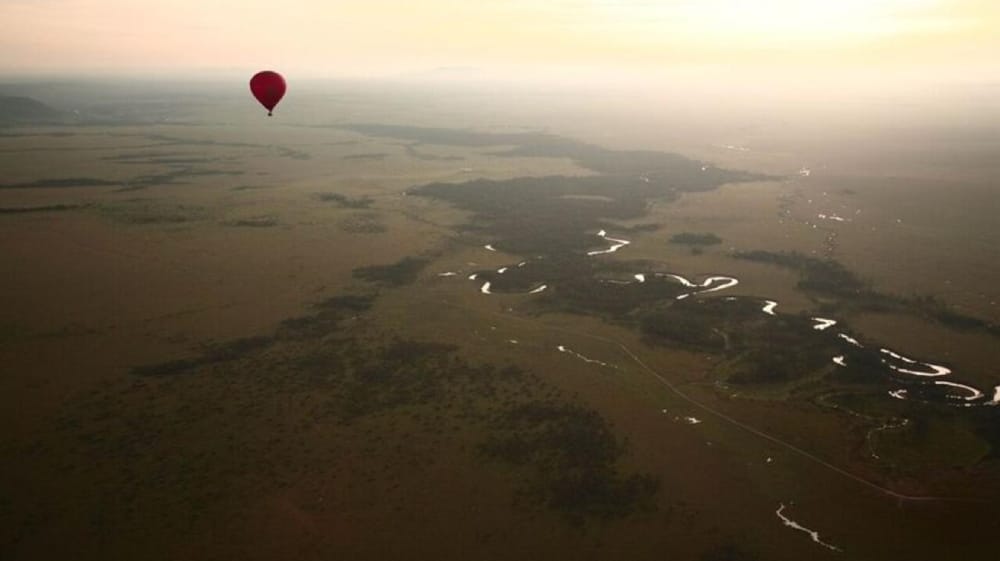 Affordable safari in the Masai Mara

Credit: Elewana Collection The most cost-effective way to do a mid-range trip to the Masai Mara is to join a safari tour which offers transport, a guide and lodging as…

Credit: Karen Blixen Camp The Masai Mara has wildlife in abundance: the reserve is home to the Big Five, and you’re pretty much guaranteed to see lion, leopard,…

September is slightly warmer than August, going up to an average daytime high of 27C, however, nights can be as chilly as 12C so bring along warm gear. September…

Credit: Governor’s Il Moran Camp December falls during the “short rains” – the second rainy season of the year – in the Masai Mara, and sees and average of 17…