Hi there - just an update so that you can plan your safari during December and January, there is a definite indication that the herds are moving towards the southern Serengeti plains a little early this year, the traditional "calving" time would be February at lakes Ndutu and Masek and or plains around Naabi, Matiti Hill, Ndutu, Gol Kopjes and towards Kusini and Maswa to the west. It seems that the herds should arrive at Kusini, Matiti and or Ndutu during December and if we have some rain they should stay there for a while until they drop their calves and foal anytime from mid January to mid March. So have a look at what rooms are available at Ndutu / Naabi / Masek and or Kusini so that you can grab rooms. February at Ndutu should already be fully booked in anticipation of the calving that takes place so it would be hard to find space. Keep well Carel 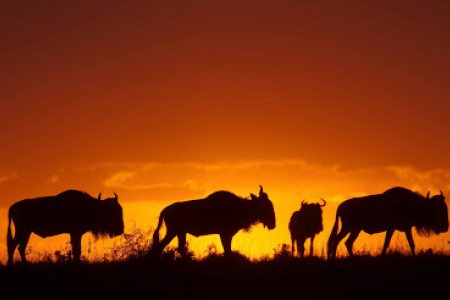 Previous: Herds are between Moru and Naabi Gate

Next: Migratory herds moving towards the southern plains