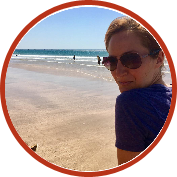 When people say “Ngorongoro Conservation Area,” what most human brain automatically pictures is the world-renowned Ngorongoro Crater. And we really can’t blame you for that. Ngorongoro Crater, the Garden of Eden of Africa, has a glorious landscape that’s teeming with about 25,000 animals including ungulates, four of the Big Five and other large mammals.

It is also one of the best places to spot critically endangered animals like black rhinos, golden cats and wild hunting dogs. Home to one of the densest known population of Masai lions, Ngorongoro Crater guarantees an action-packed, heart-pounding game.

In fact, it also supports the largest animal migration on earth, the Great Migration. You see, the Ngorongoro Crater area and Ndutu area are settings of the wildebeest calving season. During this time, you will be able to witness thousands of baby wildebeests being born and a plethora of opportunistic predators on stealth and killing modes. The splendor of this world wonder makes people say this is like “mini Africa in a bowl.” As one traveler would put it, “Imagine a bowl of an incredible landscape filled with just about every African animal you can think of.”