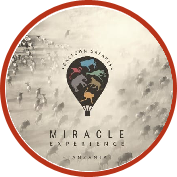 Capt. Sammy B Sandhu captured a large herd of the wildebeest migration from the bird's eye heading towards the Naabi Hill in the Southern Serengeti.

Naabi Hill towers above the short grass plains of the Serengeti. Other than a hot air balloon safari, the viewpoint from the top of Naabi Hill offers the best views of the plains. This acacia covered hill functions as the Serengeti's park gate and shelters antelope, elephant and giraffe. It's also home base for the Naabi lion pride and den site for cheetahs.

During the green season, Naabi Hill is the epicenter of the great migration and the surrounding plains can be choked black with wildebeest.

Sammy B Sandhu captured the herds crossing Miracle Experience Balloon Safaris base in the Ndutu area heading towards the Lake Ndutu!

January sees the herds starting to settle into the short grass plains around Lake Ndutu, just south of the border with the national park itself. This immense region of short-grass plains is classic Serengeti, with vast open skies and endless savanna stretching as far as the eye can see. January is often the start of calving with the fertile soil and nutrient-rich grasses here providing the perfect start to new life… and in return draw in the predators!

The best game viewing at this time of year stretches across much of the southern Serengeti and northern Ngorongoro Conservation Area – from Maswa to Gol, as far south as Kakesio, and as far north as the Moru Kopjes. Localised rainfall drives their movement. This is also the location of the highest concentrations of predators in Africa at any time of year!

Summary – Excellent cat viewing (especially cheetah!) and large herds of the Great Migration spread across the entirety of the southern Serengeti and northern Ngorongoro Conservation Area. January is also a slightly quieter travel period than February or Christmas. A peak calving month.

A large number of the wildebeest were seen in the Olduvai Gorge all the way to the Serengeti National Park heading back to Gol Kopjes.

Located in the Great Rift Valley, Olduvai Gorge is nestled between the Ngorongoro Crater and the Serengeti National Park. For anyone going on safari that is interested in archaeologist and paleontologist, this is the place to visit! 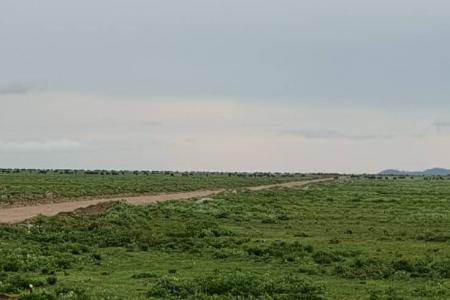 Sammy B Sandhu captured the great migration on the Lake Ndutu running through the Ndutu plains.

Feasting begins, the predators come out to play and the cycle of life begins again…. 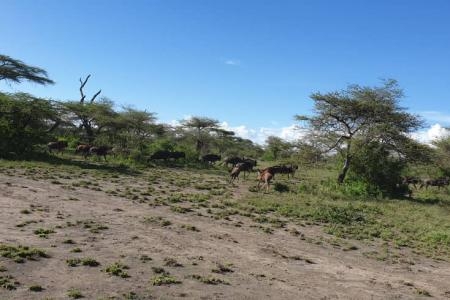 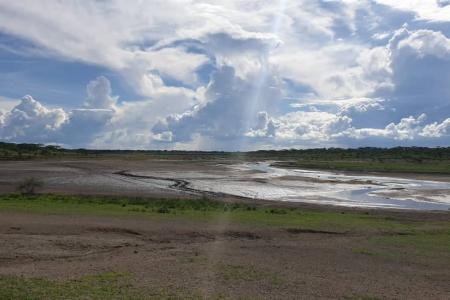 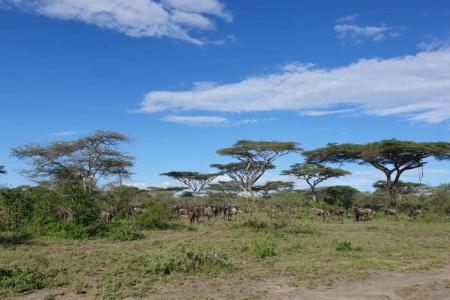