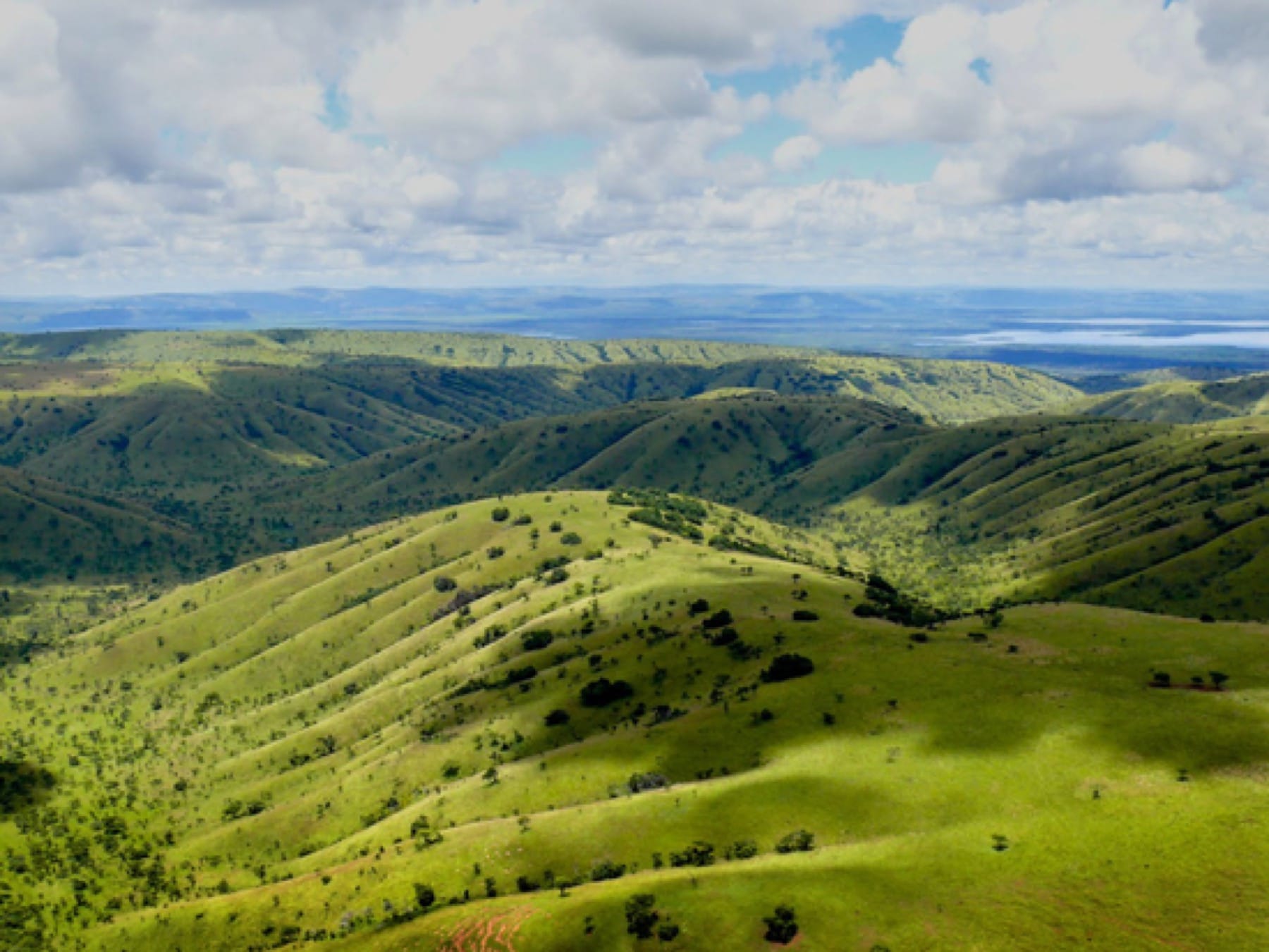 The ideal complement to the primate-oriented wildlife-viewing offered at Volcanoes and Nyungwe National Parks, Akagera is a classic savannah reserve that has undergone an ambitious recent rehabilitation programme to become a fully-fledged Big Five safari destination. As with Rwanda other national parks, the setting is spectacular: a chain of low grassy mountains that slope down to a tract of undulating most savannah hemmed in by an extensive wetland comprising a dozen lakes, extensive papyrus swamps and a labyrinth of channels fed by the meandering Akagera River.

Having suffered heavily from poaching and encroachment since the 1990s, Akagera was placed under the dynamic stewardship of the non-profit African Parks Network in 2010. Since them the boundaries have been fenced, the range of tourist activities has been expanded to include guided walks, boat trips and night drives, and an ongoing programme of reintroductions has resulted in the return of lions and black rhino, meaning that all the Big Five (a lost that also includes buffalo, elephant and leopard) can be seen. Other wildlife is also abundant, and the birdlife is truly fantastic, making Akagera a superb add-on to gorilla tracking in the Virungas. 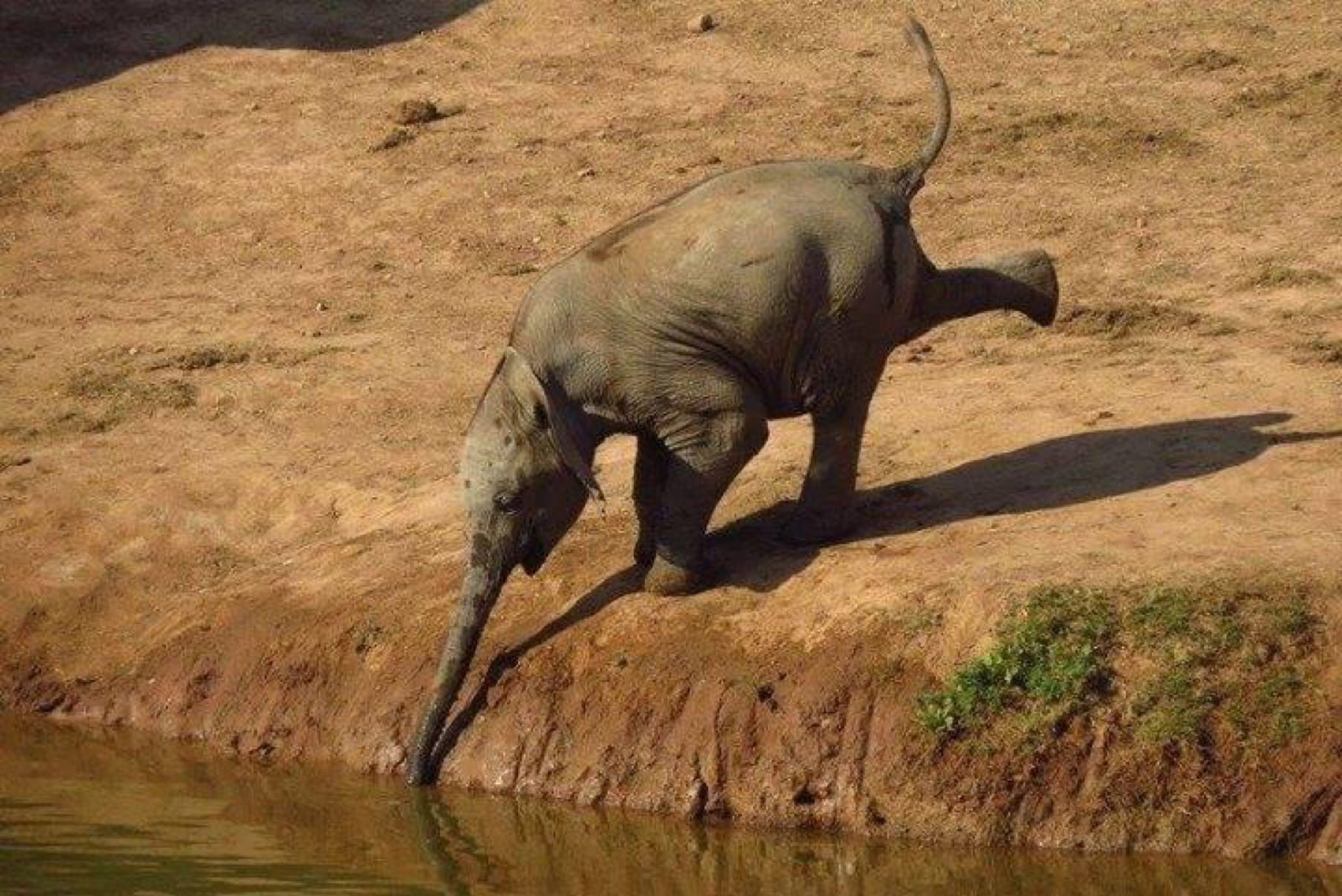 Akagera offers excellent Big Five game viewing. Buffaloes are plentiful and easily seen, elephants are quite common but more difficult to track down, and leopards are observed with increasing frequency on night drives. Lion and black rhino had both been poached to extinction by 2005 but both have since been reintroduced. Seven lions were flown in from South Africa in 2015, followed by another two in 2017, and more than a dozen cubs have now been born in the park May 2017 saw the arrival of 18 black rhinos, one if which has already given birth to a health calf. 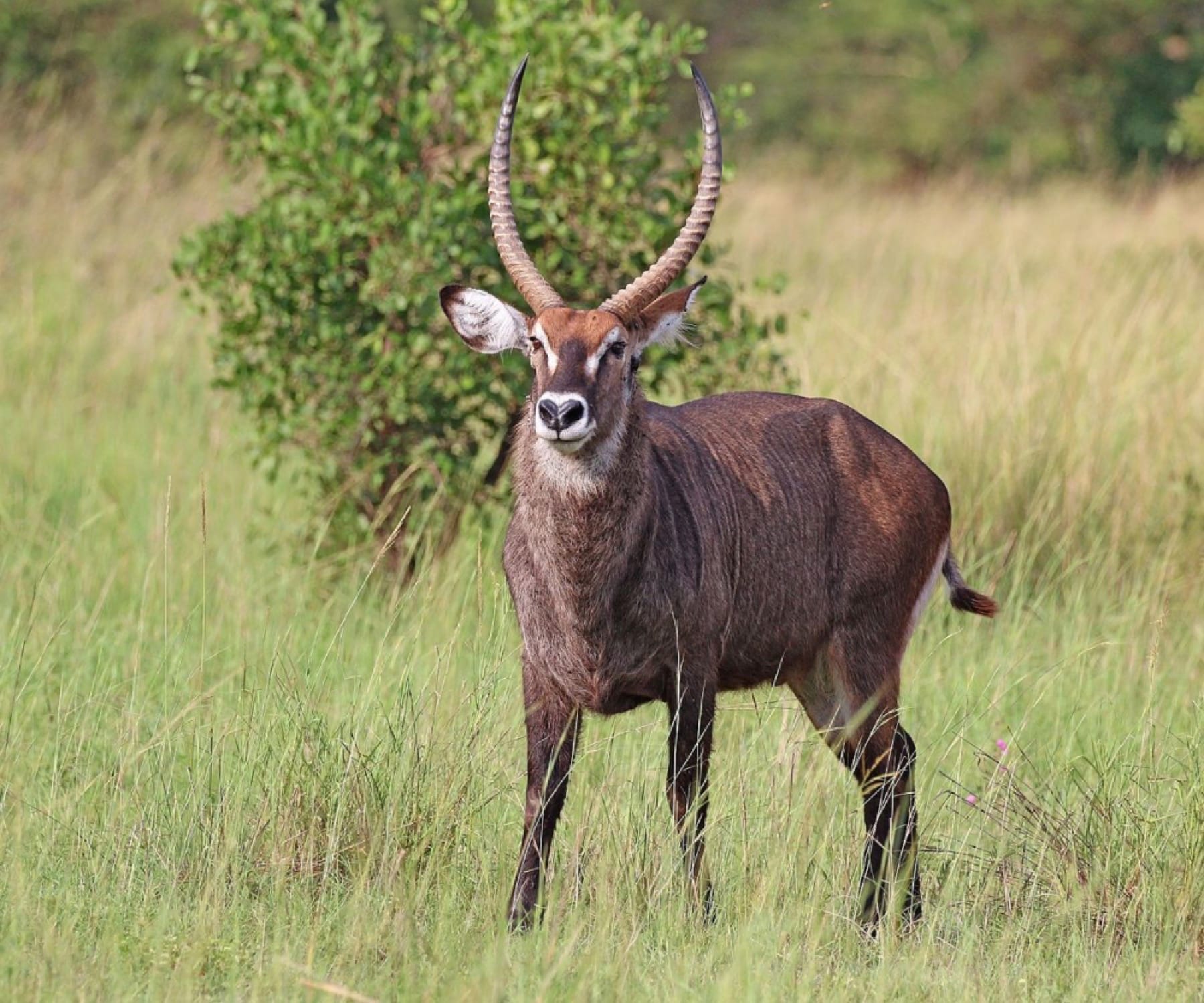 Other wildlife often seen on game drives includes Maasai giraffe, Burchell’s zebra, warthog, olive baboon, vervet monkey and 11 species of antelope. Most common is the impala, which tends to stick to wooded savannah habitats. The grassy Mutumba Hills and plains to its north are the main stronghold of eland (Africa’s largest antelope), topi, Bohor reedbuck, oribi, roan antelope and the rock-hopping klipspringer. Defassa waterbuck, bushbuck and common duiker are all likely to be seen in the vicinity of the lakes, while the secretive semi-aquatic sitatunga is largely restricted to inaccessible swamp interiors. 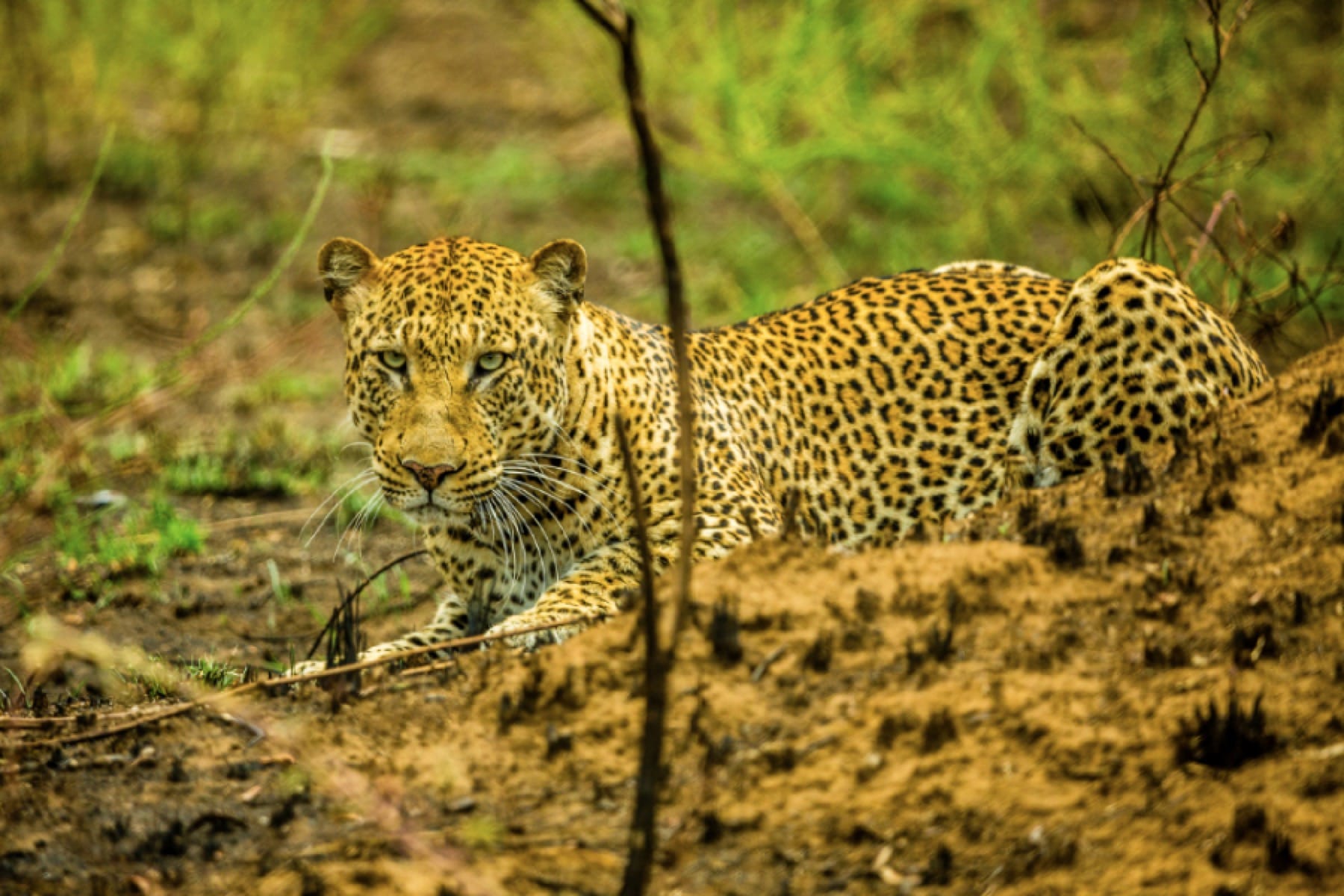 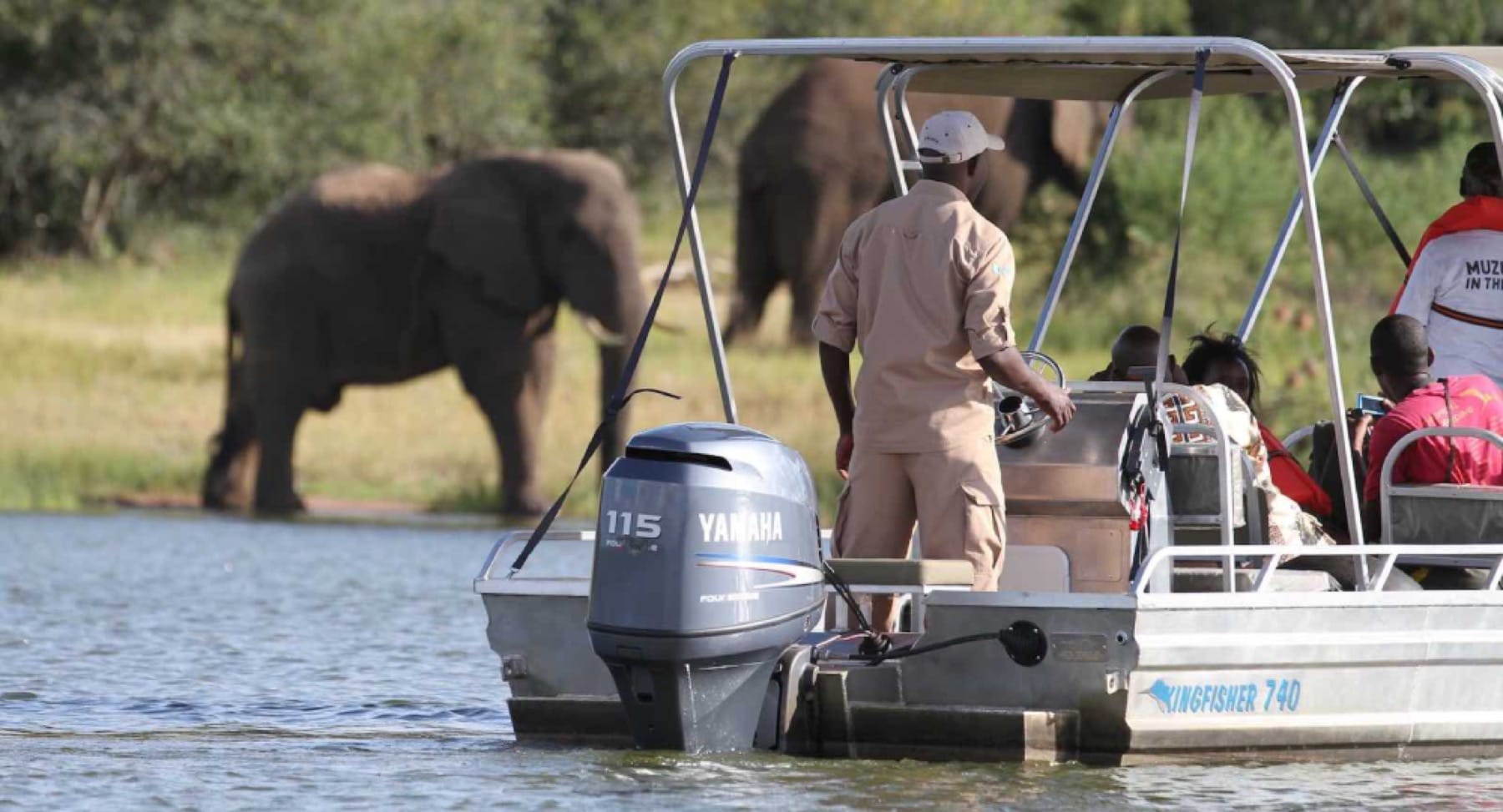 Boat trips on Lake Ihema offer a fabulous introduction to the park’s aquatic fauna. Crocodiles and hippo are all but guaranteed, and an abundance of water birds includes African fish eagle, African darter, open-bill stork, African jacana, malachite kingfisher, and papyrus specialists such as blue-headed coucal, papyrus gonolek and white-winged warbler and. A fantastic seasonal heronry is a breeding site for half a dozen species including the localised rufous-bellied heron and both types of night heron. 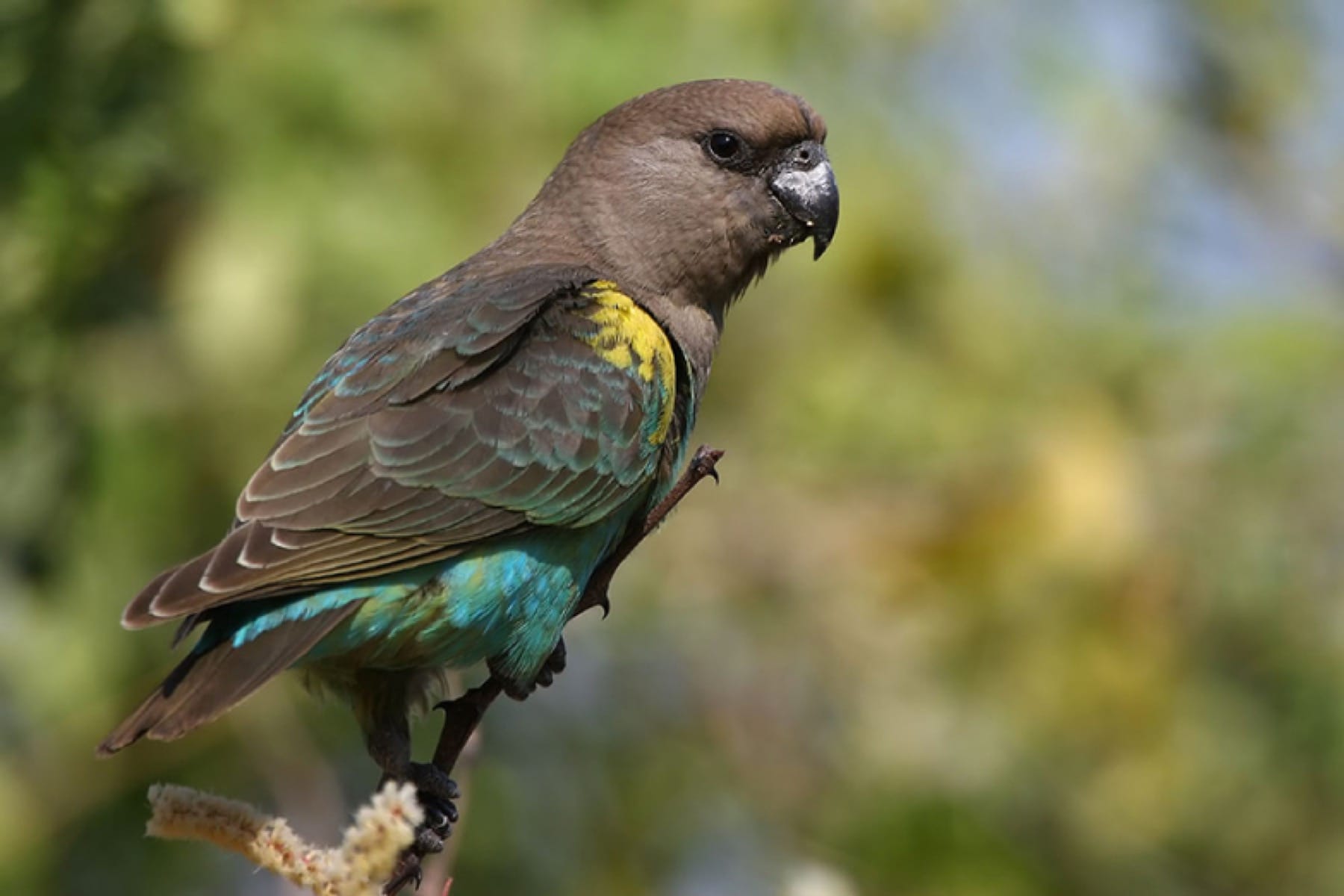 With an avian checklist comprising 480 species, Akagera offers the most diverse birdwatching in Rwanda, though it is perhaps of less ornithological importance than Nyungwe, since it doesn’t support any Albertine Rift Endemics or other forest birds. Particularly strong on raptors and waterbirds, Akagera also supports a host of colourful and conspicuous savannah and woodland dwellers, among them the gorgeous Ross’s turaco, Meyer’s parrot, double-toothed barbet, lilac-breasted roller and black-headed gonolek. The red-faced barbet, a localised endemic of savannahs between Lake Victoria and the Albertine Rift, is often seen in the car park and gardens of Akagera Game Lodge.

For many, the single most alluring bird resident in Akagera is the shoebill, a 1.5m-tall slate-grey papyrus dweller named for the hefty clog-shaped, hook-tipped bill which it claps together like outsized castanets when agitated. The exact status of the shoebill in Akagera is uncertain, but at last one pair inhabits the papyrus beds fringing Lake Birengero, and is often seen through binoculars from the roads along the western shore.

The ideal complement to the primate-oriented wildlife-viewing offered at Volcanoes and Nyungwe National Parks, Akagera is a classic savannah reserve that has undergone…

From a tourist’s perspective, Rwanda ranks as one of the most crime-free countries in Africa. Kigali is a very safe city, even at night, provided you follow the same…

Almost all visitors from abroad fly. All flights currently land at Kibale International Airport, which lies less than 10km from central Kigali. Taxis are available…