Another beautiful day in the Mara

Another beautiful day in the Mara. The fun kicked off with a morning game drive full of lions and migrating wildebeest - we started off with a group of playful juvenile males and females wandering through the grass, before moving on to a lioness with her three cubs polishing off the remains of a wildebeest kill, although the cubs appeared to be more interested in fighting over the tail than they did in the meal sitting in front of them! We then came VERY close to my first crossing since arriving in the Mara - a seemingly never-ending line of wildebeest strolled towards the river, gathering in an ENORMOUS group right by the water's edge... it seemed certain that a crossing was on the cards - crocs were in position; untouched pastures lay waiting on the other side... but no, not today. A shame, but with so many amazing crossings viewed over the weekend, there had to be a false-starter in the pipeline somewhere... Photo credit - James Townsend Governors Camp 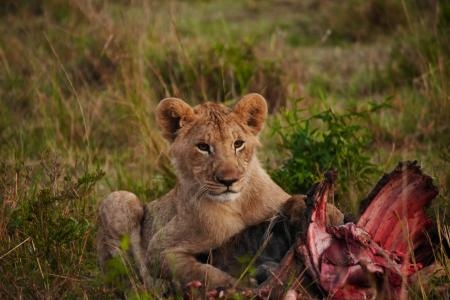 Next: Millions of wildebeest on the plains of Trans Mara