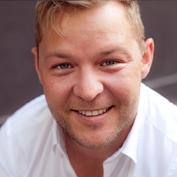 Each year, millions of wildebeest and plains game journey in a circular route from the north of the Serengeti in Tanzania to the south of Kenya’s Masai Mara. Considered the most spectacular of Africa’s natural phenomena, the wildebeest are driven by pure instinct, making this the greatest natural show on earth.

In the flocks of herbivores, you can find gazelles, zebras, and wildebeest. They are also accompanied by carnivores that stalk the herds as they move from grasslands to wooden forests. This epic journey crosses thousands of kilometres in an endless cycle.

One of the most frequent questions we receive is which country the Great Migration is the best place to experience this phenomenon. This is not a black or white answer, rather something that will be determined by examining a few similarities and differences between the Serengeti and Masai Mara. 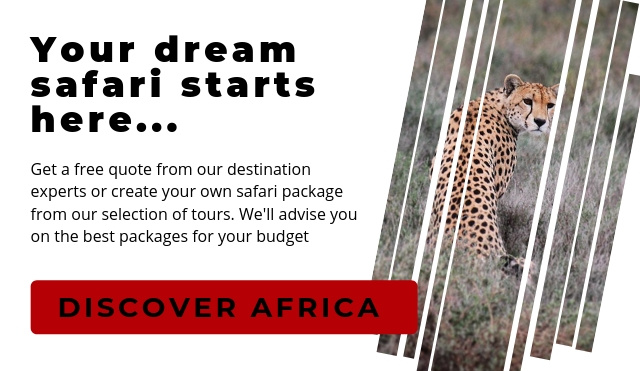 The Serengeti is vast, covering a good 30 000 square kilometres, while the Masai Mara is much smaller at 1 510 square kilometres. They are very similar in landscape, particularly as they meet at the Mara river. While most people think of the Serengeti as barren, dry grassland, this simply isn’t true. In fact, the Serengeti has a transformative landscape, largely determined by rainfall. There is flat, golden savannah, lush grassy vegetation, wet season wildflowers around the Ngorongoro Crater during the green season, small rocky outcrops called kopjes as well as thick forests and lakes. Depending on the region you visit, you’ll find that the sheer size of the Serengeti has surprising twists and turns, bringing with it an abundance of natural resources and diverse ecosystems.

The more north of the Serengeti you travel, the more similar it becomes to the Masai Mara, which has a higher density of trees and a much more hilly and undulating landscape. Perhaps the two most important geographical hallmarks of both the Serengeti and Masai Mara are their river systems.

The rivers of life and death

There are plenty of smaller water courseways in both countries, but the two that have the most important in terms of the Great Migration is the Grumeti River in the Serengeti, and the Mara River that flows from the Masai Mara into the Serengeti. As one can expect, these rivers not only provide the passing wildebeest herds with necessary water, but they also pose an obstacle in the migration paths of the animals. It must have taken one brave wildebeest that first dared jump into the crocodile-infested waters to reach the opposite side of these rivers; and what we see today is a frenzy of swimming, thrashing and rushing wildebeest, determined to get across to greener pastures and mineral-rich soils that sustain their populations.

The river crossings are not isolated events, but rather a slow, steady series of events. The Grumeti is the first point to cross, while the Mara is crossed numerous times as the wildebeest move from east to west, back and forth within the Masai Mara, constantly searching for water and food before they travel south towards the Serengeti once again. These episodes of sheer instinct are best viewed between June and September, where the stakes are high for these curious mammals and the prey that stalk them. Considered the prime time for a Great Migration safari, it really doesn’t matter which park you choose to observe this from, since they are not isolated events. June is best for the Grumeti crossing and September marks the climactic Mara river crossing. 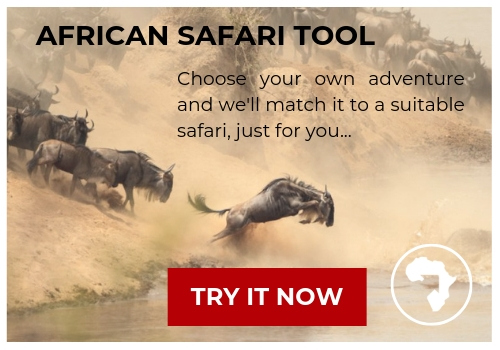 The other stars of the show

Along with the wildebeest, zebra, and antelope also feature in this migration, although in much smaller numbers. Such large groups of herbivores, in turn, attract plenty of predators. Cheetahs, lions and leopards, jackals, hyena and wild dogs are all vying for a meal during the migration. These animals do not follow the herd, but are bound to their unique territories, almost waiting for the ‘travelling buffet’ to cross their paths.

Within each micro ecosystem, there are game and various other animals that live in these spaces permanently. Elephant, giraffe, warthog, other plains game, black and white rhino and an astonishing amount of birds are spectators themselves to this wild migration, in both the Serengeti and the Masai Mara.

The months of January, February and March mark the season for heavy rains in the Serengeti of Tanzania. This, in turn, marks the start of the calving season, where hundreds of thousands of wildebeest and plains game give birth to about 200 000 calves. The rain also transforms the landscape into fields of green pastures and flowers, a very beautiful spectacle. However, increased vegetation makes game viewing a challenge, as it hides many animals. This is why you can expect reduced rates for a Great Migration safari during this period.

As the herds migrate north towards the Masai Mara in Kenya, the rainfall stops and the vegetation recedes. This exposes both the herds and the predators, which is why game viewing is so spectacular during the dry months of July to September. Forced into the open, the interaction between predator and prey can be experienced easily. Less rainfall also means that wildlife must find water quickly, and waterholes around camps and lodges attract thousands of them.

What people come to learn is that it is seasonality that makes one destination more attractive than another. The same can be said for the camps and lodges to be found along the way. They differ in terms of location, level of luxury, and safari activities on offer. We can attest to the quality of every one of the accommodation options we suggest in our itineraries.

Interestingly enough, Kenya and the surrounds of the Masai Mara have more private concessions than Tanzania’s Serengeti.

How HerdTracker can help you choose

HerdTracker, the revolutionary app developed by Discover Africa is able to track and predict the Great Migration’s movements so that you never miss out on joining this amazing spectacle. We give you live updates from both Tanzania and Kenya, so it is well worth it to make use of this resource when planning your Great Migration safari. This will also make it much easier to choose either the Masai Mara or Serengeti with confidence.