What you should know before packing your drone for safari

In recent years drone technology has been made available to the public and with it has come a tremendous amount of stunning global footage gathered by drone users from a multitude of destinations. Seeing the world from a bird’s eye view has never been easier, nor more convenient.

Drone photography safari is an emerging and exhilarating trend in aerial videography that is starting to take root in our lives. The costs of buying and maintaining a drone are also reducing due to rapid improvements in drone technology. It is therefore no surprise that we are getting more and more inquiries from our guests who would like to take their drones on safari. 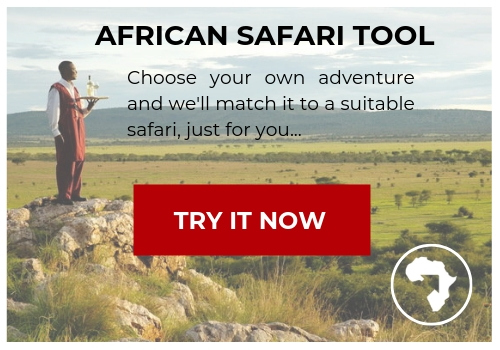 Before you start packing up your drone, consider the rules and regulations that now govern drones in both public and private reserves:

The primary concern of every game reserve in Africa is the wildlife they are protecting. Studies show that flying drones back and forth over animals’ heads can result in them becoming highly stressed. There have been several examples of such incidents. In one of these instances the inconsiderate use of drones over a herd of wildebeest made them panicky and as a result abandoned a necessary river crossing. There have also been recorded cases of protective elephants taking fleeing with their young in panic. If you’ve never seen an elephant on the run, trust us, it’s both dangerous for the elephant and for those who end up in the way.

The standard rule for a wonderful safaris is this; your actions should never affect wildlife while you are observing them. While it can be agreed that drone videography and film makes for some incredible material, your use of drones can have an adverse affect on the natural behaviour of the very wildlife you wish to observe.

Another important consideration is that of your fellow guests. People travel across continents to be in the wild landscapes of Africa, and once they are there, the moment of a lifetime can be easily and quickly ruined by the monotonous buzzing of a drone. A rare event or animal sighting on safari could be ruined for everyone in an instant. Moreover, questions about drones compromising one’s privacy are also points of contention.

Generally, drones are not allowed in national parks. South Africa was the first country to ban the use of unmanned aerial vehicles in all their national parks. The consequences for breaking these no-fly zones are severe. One can be arrested and their equipment seized by authorities.

Botswana soon followed suit and made all their wildlife sanctuaries and game parks restricted fly zones. Nevertheless, it’s possible for tourists to apply for a permit which allows them to fly drones in some of Botswana’s parks. A caveat to these grants is that if caught operating a drone in a manner that disturbs the natural behavior of animals, one could be fined up to $470.

In Kenya, permission by way of permit is required from the Civil Aviation Authority (CAA) before operating a drone and failure to do so can carry a fine of up to $490.

Other countries require you to get a permit before flying a drone by registering with the relevant authority.

Some private parks and enterprises allow their clients to use drones for filming and photography. However, you will likely need to lease your own safari vehicle at an extra cost to ensure you do not get in the way of other safari goers. When using your drone, you should carefully observe the natural behavior of the animal you are capturing.

If you really want to enjoy Africa’s landscape and wildlife from a bird’s eye view and drones are not permitted on the reserve you are visiting; you should consider taking a flight around the national park. Flights offer spectacular views of these incredible landscapes and don’t add much to the total cost of your African safari.