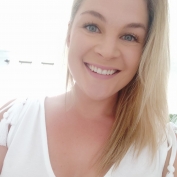 Sports injuries are fairly common. With a football to the face, boot to the crotch and face planting into a balance beam, you thought you'd seen it all, until now... Mountain biker, Evan van der Spuy of Team Jeep South Africa, was trampled by a galloping red hartebees while participating in a mountain bike race in Pietermaritzburg, KwaZulu Natal.

Watch as this cyclist gets taken out by a red hartebees (and I don't mean dinner and a movie).

What the buck! What are the chances of that happening? Seriously.

The 17-year-old's "collision" with the hartebees became one of the most searched for topics on YouTube overnight. More than 5 million people have watched this video. Evan said he is still overwhelmed by the attention he is suddenly getting. He attended a mountain bike race at Albert Falls Dam when the buck went for him. "Its taking time to sink in and I'm trying to process it. Our phones are ringing non-stop for interviews" he told Die Burger.

The young mountain biker said he is still suffering from a stiff neck. "It hasn't put me off whatsoever." Both Evan and the buck have escaped unhurt.

Meanwhile, Trish Wilson, who also attended the race at Albert Falls Dam, complained about the representation of a "defenceless animal", Die Burger reports. She said it looked like the animals were alarmed because "the park were full of people".

The organiser of the race, Max Cluer, referred to the incident as a freak accident and unique of its kind. It was a question of being at the wrong place at the wrong time. "It was against nature in nature." Cluer said 99,9% of the reaction on YouTube is positive.

The TV channel National Geographic is also interested in the video for Caught in the act, a new TV series which focuses on the bizarre footage of the wild.

"They are speechless and say they have never seen something like this before. They also want to use it for research," Cluer said. 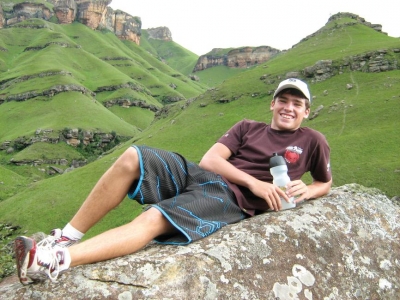 Photo of Evan van der Spuy from The Witness