There are two more areas within this 11,700km2 wilderness to explore, both very distinctive and far more remote than the bustle of the Chobe Riverfront. These are Nogatsaa, and Linyanti.

Nogatsaa, an off-the-beaten-path sweeping expanse of grasslands with mopane and deciduous woodlands, is only 80km south of Kasane, but feels like another world. There is just one lodge in the area (at Kwikamba Pan, opened in 2017) and the tricky deep sand and notorious ‘black cotton’ soil in the area tend to keep all but the most tenacious of self-drive vehicles at bay. This means there is space, glorious space, all lit by big blue Botswana skies. The clay-bottomed pans here are magnets for game and provide water well into the dry season: herds of elephant, buffalo and antelope stop by. Interesting species include oryx (gemsbok), eland, roan and the delicately limbed oribi. Boreholes now top up key drinking holes when it’s dry, and so the area is never deserted, although it’s not the best destination for those desperate to tick off key species within 24 hours. This is a place for repeat safari goers who will relish the pure wilderness experience, couples wanting a remote and beautiful bolthole, or adventurous families and groups keen to explore on a mobile safari or private guided tour. The game is less used to traffic, and can be skittish, but this will change. A little further south of Nogatsaa is Tchinga Pan, and there are hides at various water sources in the area too, perfect for those who like to stretch and picnic between game driving stints (check whether they are in good repair). The oft dry Ngwezumba River runs to the west of the Nogatsaa area, and has some beautiful trees along its length – the road further south to Zweizwe Pan and Goha Gate runs alongside it. 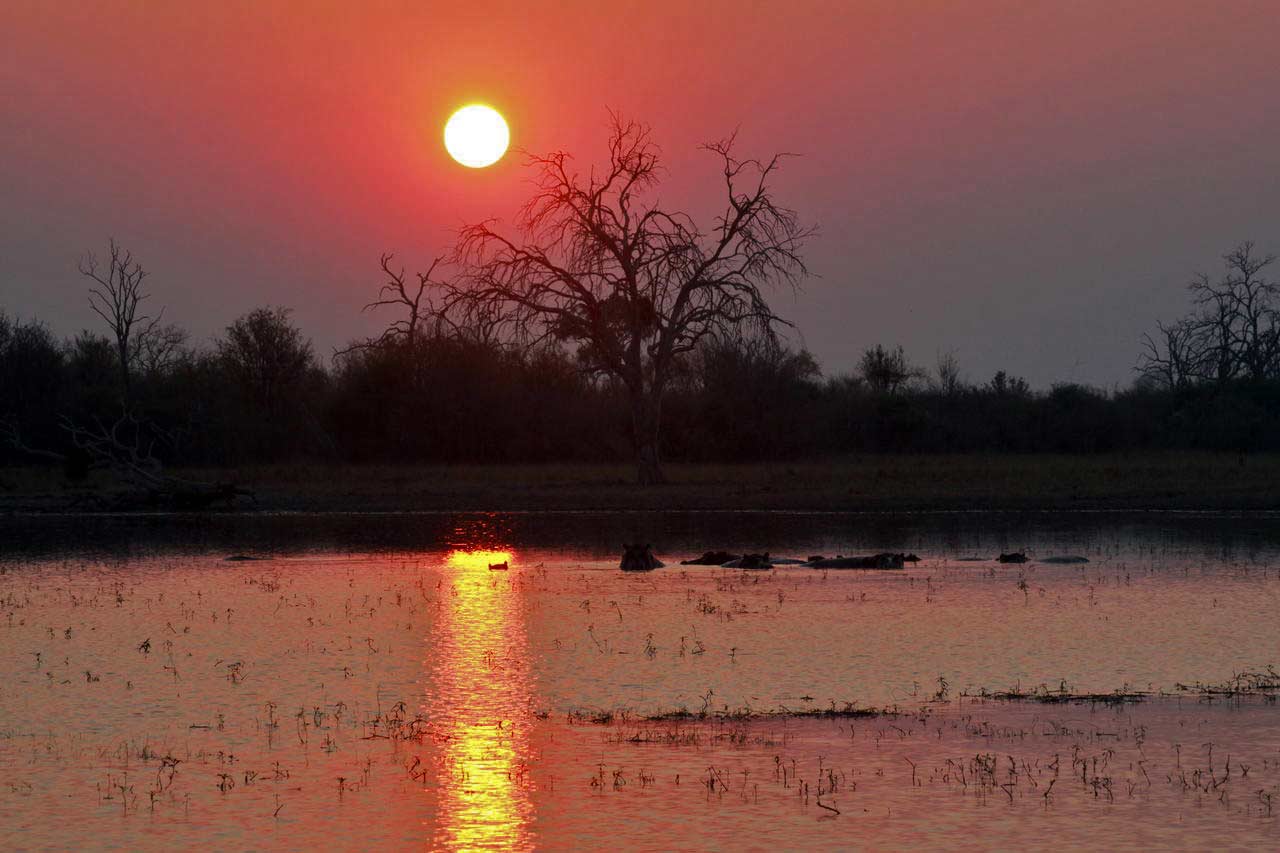 Next up: Linyanti. This is a beautiful part of Chobe, located on the far western boundary, which runs along the Linyanti River for just 7km or so. Across the river is Namibia; further south the wilderness extends to Moremi and the Delta. It’s blessed with lagoons, wetlands and floodplains, dramatically different terrain to Savuti. Lush riparian woodlands (sausage trees, jackalberry) dot the landscape and contain the birds that enjoy this habitat. There is a public campsite but also a number of permanent tented safari camps and lodges, some dripping with style and comforts. This is especially true for the private concessions that extend the wilderness beyond Chobe’s borders: the Linyanti Game Reserve and Selinda (where one can go exploring by mokoro, the canoes of the Okavango). A number of the great names in the African safari world have signature camps in this slice of wilderness, where roads are few and far between and expert guides seek out superlative game encounters. Guest numbers in the concessions are limited, and lodges offer walks and in some cases, horse riding. So this is a perfect place for adventure – as well as romance. During busier times of the year (like school holidays as well as high season), going private guarantees being the only vehicle at a sighting.

The permanent Linyanti River that gives the region its name becomes the Chobe River further north, and so this region too is the stomping ground of many, many elephant, hippos and crocs, especially in dry season. Other wildlife specials in the area are big-eared “painted” wild dogs, rare cheetah, sable and roan, those neon painted darts called carmine bee-eaters, red lechwe, and leopards. It’s a great claws and paws area, with plenty of predator action.

For the average visitor, driving in all the way across Chobe National Park – or from Maun or Namibia – will be “brutal” as one chap on Tripadvisor put it. Aside from adventurers who like nothing better than to take a vehicle where few have gone before, this really is the time to opt for a flight. Then, if the budget allows, check in at a fine lodge, where the excellent staff will ensure you don’t have to lift a finger, never mind decipher a map or tackle the marshy areas. Flying in is one of the great Chobe experiences in its own right as charter flights zoom across the great expanses of the park, puffy clouds throwing shadows on pebble-sized ellies.

Deal a pack of (wild) dogs: The Linyanti area is supposed to be one of the best places to encounter these characteristic animals, which are nowhere common but always sought-after. Even fenced reserves can’t keep wild dogs in – they are remarkable nomads, often covering huge areas. But they have been known to den in the region, which means that for a time, they stay put. Botswana has a third of the remaining population, and northern Botswana is their favourite. Kasane-based conservation organisation Caracal’s Dr Kathleen Alexander says domestic dog diseases and road accidents are a threat to the painted dogs, but Chobe offers a haven from both. 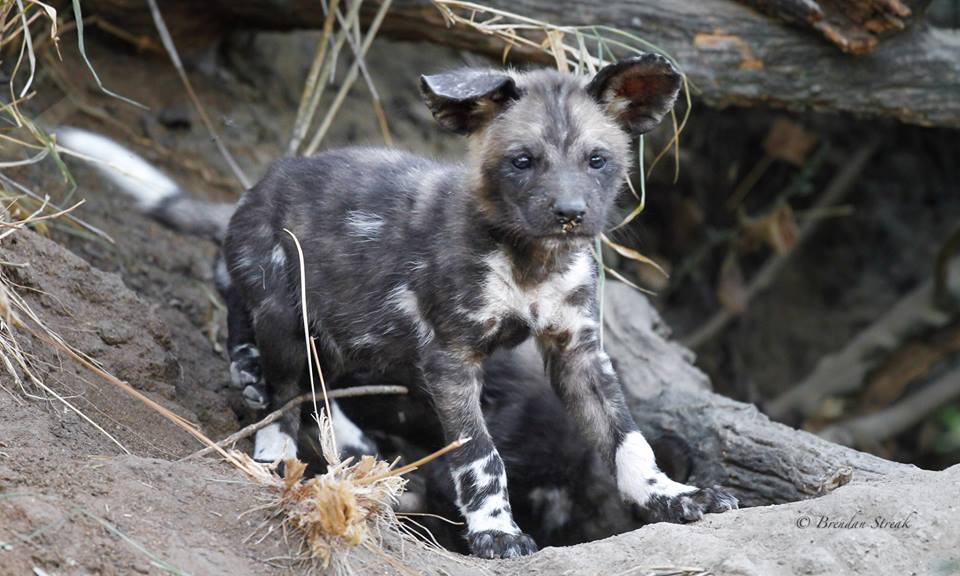 Walk, ride, paddle- the Selinda Spillway is another erratic watercourse, but when it contains water, paddling in mokoros – traditionally wooden, now often aluminium canoes – is possible, and a silent (if somewhat strenuous) way to experience the bush. The best times for this activity are June to August, when floodwaters from Angola peak. The concession areas of Linyanti and Selinda also offer the chance to do bush walks, not available to most lodges in the Chobe National Park itself. Coming upon a creature as small as a warthog – never mind an elephant – on foot can fill one with awe. Lastly, the occasional operator offers horse safaris for competent riders, a surreal chance to play centaur and admire game at close range.

Starry starry nights - far, far away from any serious light pollution, the enormous African sky glitters like the Queen’s jewels. Dusk turns to dark abruptly in Botswana, and the lightshow begins. Some of the best-known sights at the right time of the year are the flashy planets Venus and Mars, and the arrangement of stars known as the Southern Cross. The heavens also contain the “Big Five of the African Sky” according to the Astronomical Society of Southern Africa: celestial deep-sky objects. These are the flickering Southern Pleaides (an open star cluster), omega Centauri (a globular cluster), the eta Carinae Nebula (a bright nebula), the marvellously named Coal Sack (a dark nebula), and our own expansive galaxy, the Milky Way. When the stars come out, so do the night creatures. Listen for the initially alarming yowls of bushbabies, the snickering spotted hyena, and of course lion roars, which can be heard for up to 8km away and if close, reverberate in your chest. The fiery-necked nightjar is a quintessential sound of the bush. Moths take to the air, as do bats, included “megabats”: fruit bats with ethereal calls. Of course, canvas walls bring all these delights so much closer. Mobile safaris and many lodges will offer dinner under the stars, while some stellar accommodations have “star beds”: safe places to sleep outdoors under a mere mosquito net and starlight.

Nogatsaa is about 80km south of Kasane, but the roads may not be accessible when wet.

Linyanti is on the far northwest boundary of the park.

The Linyanti private concessions border the Linyanti River (Namibia is over the water) and stretch further west and south.

Summer December to February is peak rainy season in Chobe, and the Riverside area receives more rain than anywhere else in Botswana: up to 650mm a year. The great herds…

Autumn - March usually sees the last of the rains and the bush is verdant. A lovely time for those happy to enjoy the space, big skies and landscapes and prepared to spend…

As a well-travelled Frommer’s guide writer to the region says, “Chobe is all about the river”. This is where the best, most varied sightings are, she says, and yes,…

Watching a child see his or her first elephant twirling trunkfuls of water to its mouth, or laughing in delight at the impossible scale of a giraffe is a wonderful thing.…