Home >  Blog > What In The World Is A Shoebill?

What in the world is a Shoebill?

Deep in the remote, dense and little-explored swamps of Africa lives an unusual bird with a shoe for a face. No, really. The African Shoebill stork looks more like something out of a comic book than a bird you might luckily encounter on an African safari.

Distributed in the swampy marshes of Uganda, Rwanda, Western Tanzania and Zambia, this rare bird might very well have walked out of the dinosaur era, as is. 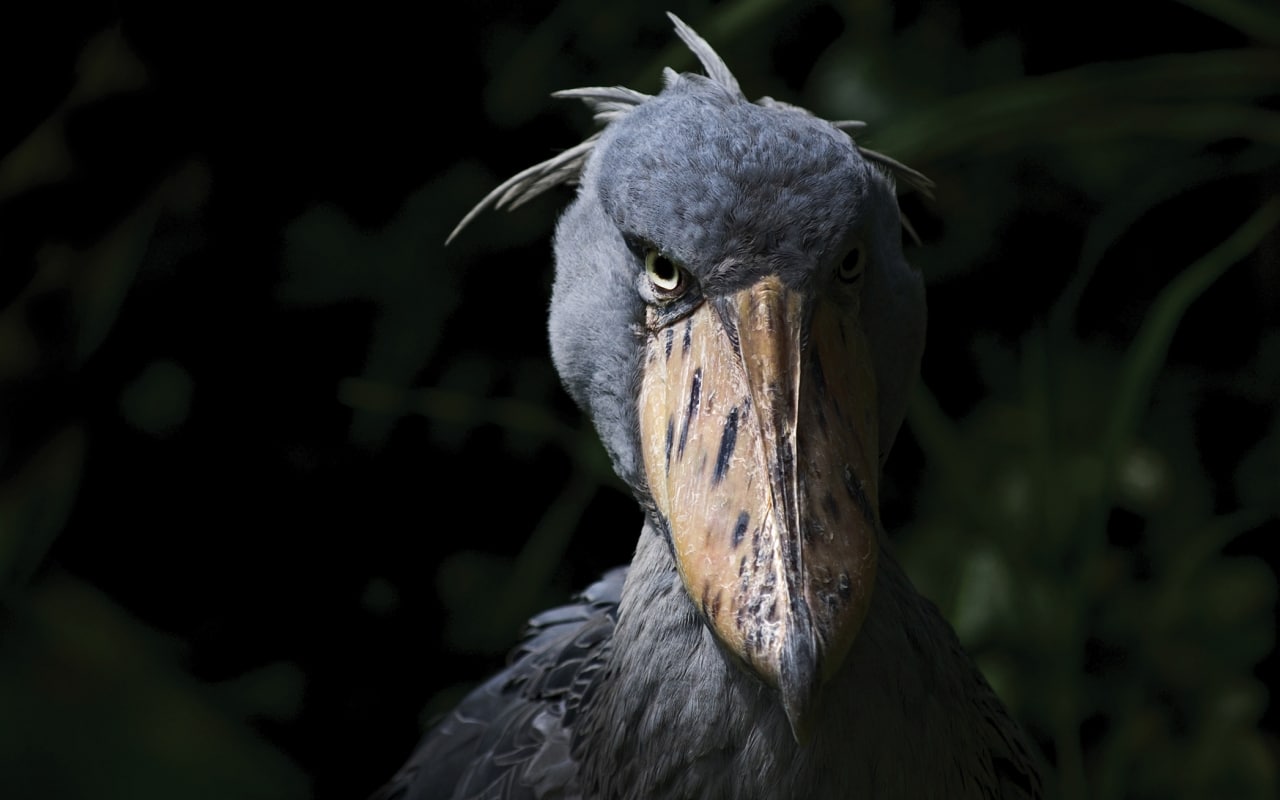 A rather ominous capture of this bizarre bird | Image credit: The New Statesman

The Shoebill stork is a rare and critically endangered bird (whose population is documented to be less than 5000 in the wild). With long, spindly blue-gray legs that match its blue-grey feathers, the Shoebill stands almost 55 inches above the swampland mud that it calls home.

The over-exaggerated beak simply beggars belief; this humongous appendage resembles the iconic Dutch clog rather than anything a bird might use to eat it’s meal, let alone something it would carry on its face!

The truth is, not much is known about this formidable bird. The first scientific documentation of the species only occurred in the late 19th century. The Shoebill is elusive and not very social. Individuals stay far away from each other except during breeding season and it is quite usual for the birds to maintain a distance of at least 20 metres apart during feeding and swampland meandering.

Almost to prove their antisocial nature, usually only one chick born to a pair will survive to adulthood. So ruthless is the Shoebill, that the largest chick in the hatch will commit fratricide without a moment’s hesitation. The surviving chicks are practically ejected from the nest once they have learnt the very basics of survival from their mothers.

The Shoebill is no vegetarian. In fact, it is a formidable carnivore with an appetite for snakes, lungfish, catfish and even small crocodiles. The Shoebill’s anatomy is perfect for singling out prey in shallow waters and executes its meal with one single strike of its comic yet exceptionally strong beak.

A curved hook at the end of the Shoebill’s beak acts as a spear that delivers a fatal blow every single time. With an average lifespan of 25 years, the Shoebill can be a terrorizing swamp figure.

The Shoebill’s beak is a formidable weapon in the marshlands

Another notable feature of the African Shoebill is its soft, doe-like blue eyes,a genetic mutation found in certain populations. This has no effect on its ability to hunt though, but makes for an interesting sight should you enjoy the privilege of seeing one face-to-face in the wild.

Harry Potter fans would be interested to know that the Shoebill, when kept in captivity, has been known to display similar behaviour to the mythical Hippogriff in J.K Rowling’s popular fantasy saga. The Hippogriff as described in the Harry Potter books is a proud, flesh-eating, eagle-horse hybrid with a sensitive and noble character.

In order to approach the Hippogriff without serious injury, one must bow to it before approaching. A captive Shoebill in Uganda named Sushi has displayed similar behaviour, and when the greeting is not reciprocated, Sushi flies away with disdain. 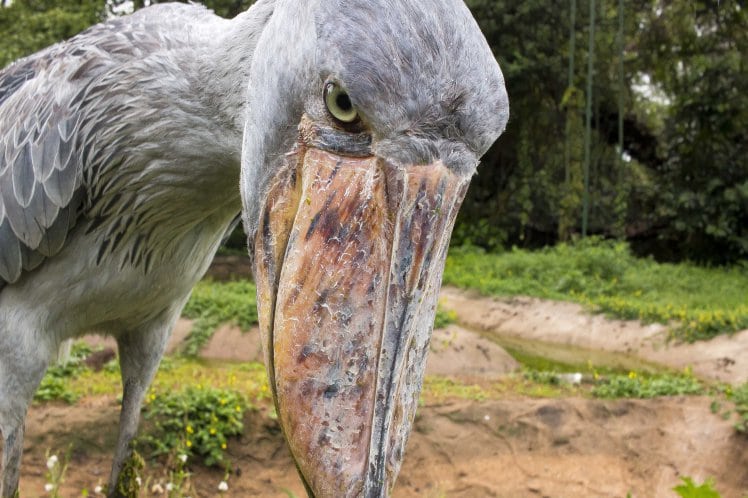 For all its quirks, the African Shoebill is an important part of Africa’s ecosystem. The Shoebill storks are not known to be aggressive towards humans and for all its atypical beauty, the Shoebill reminds us never to judge a book by its cover. 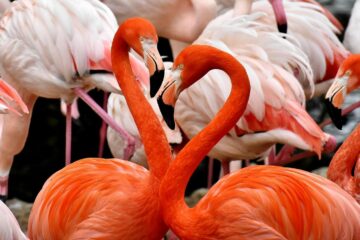 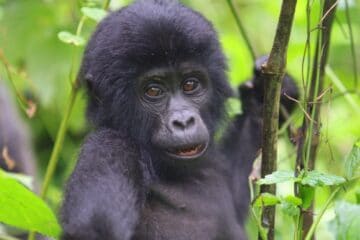 Meet the Primates of Uganda & Rwanda