Did you know that hippopotamuses spend up to 16 hours a day in water to keep their bodies cool under the hot African sun? Hippos are one of the largest vegetarians in Africa, reaching a size of 1400 kg (average for grown males), and have very few, if any, natural predators.

Most people th
ink that hippos float or swim in water, however, their hooves are not suited to swimming at all. In fact, they run on the water bed, approximately 8 km/h, and 30 km/h on land! It is the hippos’ size and enormous jaws that make them so feared.

Their temperament also adds to their status as one of the most dangerous animals on earth. They’re highly territorial and aggressive, particularly when females have young, or males are protecting their harems. Hippos are even able to bite a grown crocodile in half.

In the daytime, hippos secret a pinkish fluid from their skin, which can resemble blood but is in fact, sweat.

The best way to see hippos in Africa is on the water (by boat would be the safest) and on a walking safari (only when accompanied by a trained and armed guard).

The Serengeti National Park is a great place to spot hippos. There are numerous waterholes where hundreds of hippos wallow.

The best place to view hippos in the Serengeti National Park is at the Retina Hippo Pool situated in Central Serengeti, where the Seronera and Orange rivers meet. Central and Seronera Valley is also the setting for the Wildebeest Migration calving season in February.

The Retina Hippo pool is one of the few places that allows travelers to leave their vehicle and view the hippos on foot.

South Africa’s Kruger National Park is home to many rivers and dams where hippos bathe and wallow. Some of the major rivers include the Crocodile River, the Olifants River, the Luvuvhu River, the Letaba and the Sabie Rivers.

One of the oldest game reserves in Africa, Hluhluwe National Park situated in KwaZulu Natal is a great place to view hippos. This park has besides lots of overlooking pans also several waterholes. The game reserve also offers bush and boat safaris.

Kwazulu Natal’s iSimangaliso Wetland Park is home to the largest population of hippo in South Africa. Over 800 hippos can be found in Lake St Lucia, Africa’s largest estuarine system.

UNESCO’s 1000th World Heritage Site, hippos are one of the iconic animals of Botswana’s Okavango Delta. One can often hear the honking noises of the pods throughout the lagoon.

The Hippo population of the Okavango Delta continues to grow healthily, a Botswana safari provides you with an excellent chance to see the world’s fourth heaviest land mammal. 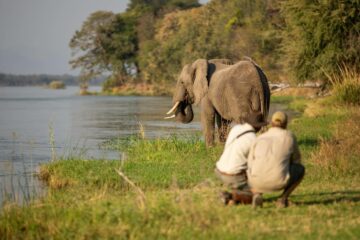 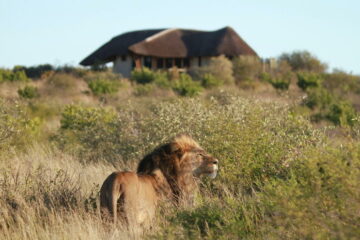