Known in Swahili as 'Bweha', the striped, black or silver spotted African Jackal is regarded as the continent's most opportunistic scavenger. Known to eat almost anything, the jackal scuttles and skulks its way through the savannah looking for the perfect chance to steal a meal. The jackal’s pointed face seems almost fitting to its highly intelligent and inquisitive nature. 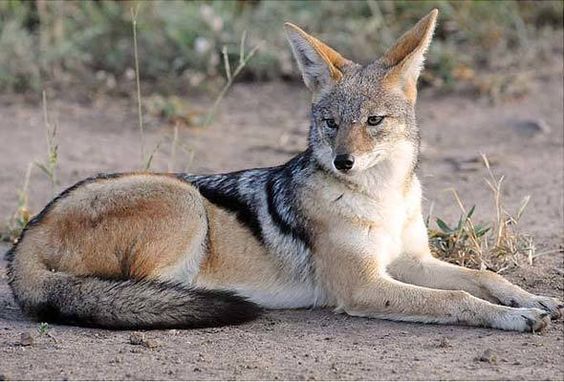 There are three species of jackal found in Africa, including the common jackal, silver-backed jackal and side-striped jackal. From a distance, the jackal looks like a crude crossbreed of a wild fox and a German Shepherd. It has long, thin legs, a bushy tail, long face and alert ears.This unusual omnivore will often grow to a height of between 16 and 18 inches when fully mature. They boast a set of curved canine teeth and agile legs that help them to gain an advantageous position when hunting birds, reptiles and small mammals.

Jackals, as their reputation would suggest, are ruthless and efficient scavengers. They have been documented tailing larger predators such as a pride of lions for several days, patiently waiting for this top tier predator to make a kill. As soon as the pride has brought down an animal and had its fill, the pack of jackals will swiftly swoop in and finish the remains. Jackals will stop at nothing to feed and they are known to devour badly decomposed or even diseased animal flesh. Jackals will even go as far as consuming vegetation, berries and seeds and even human rubbish. 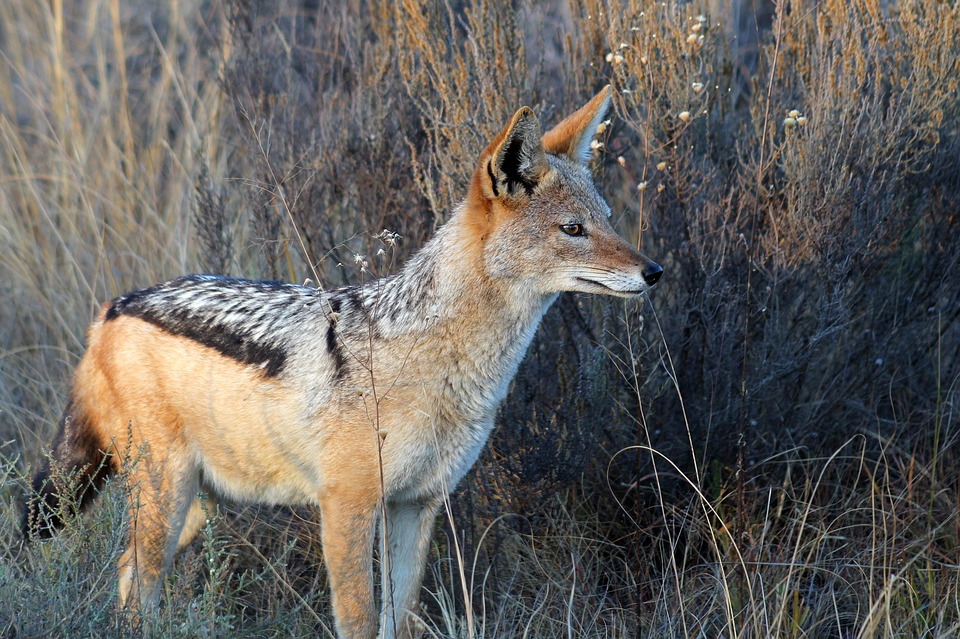 Inquisitive and tenacious, the African jackal will stop at nothing to get a meal

The main threat to the jackal is from rural farmers. As a result of habitat loss, the jackal often finds itself face-to-face with farmers’ livestock, with young lambs and chickens being the preferred choice of meal. The domesticated farm animals are soft targets for the jackal and as a result, the farmer can suffer great losses to his livestock in a very short space of time.

Besides the jackal’s presence around Africa’s farmlands, the jackal inhabits the open plains and sparse woodlands in countries such as Namibia, South Africa, Zimbabwe, and Botswana. As far as their habitual nature goes, jackals live in packs and typically hunt together to maximize their success. A pack will usually constitute about six to eight members, with mates pairing for life (rather unusual for most mammals). 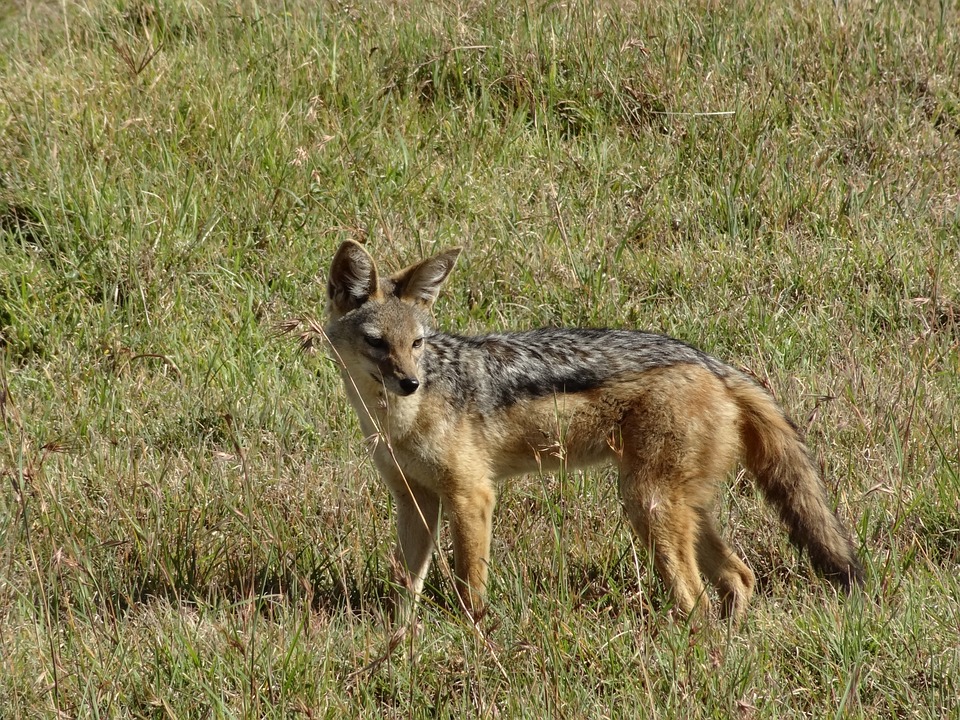 The next time you’re on a walking safari in Africa, look out for the jackal’s quick-footed, bowed appearance as it searches for food. These really are beautiful animals who have been known to get very close to humans. On a safari in Namibia, one of our travelers explained:

“The sun was just setting on the dunes of Namibia when out from the bush near our lodge came a female jackal with no less than six pups. While they were rather reserved, they eventually started edging nearer and nearer to us until they were less than 2 metres away. Watching them playing in the sand and smelling the area for food reminded me of my pet dogs back home. It was a wonderful moment.”

If you'd like to see the jackal up close, why not try one of our walking safaris? Take a look here.