On Madagascar’s west coast, this ultra-relaxed seaside town was once a popular stopover for sailors trading with chiefs of the Sakalava Kingdom. Today it’s the centre of a large rice-growing region and, aside from its sandy streets and seaside bungalows, there’s not a lot to see or do; it’s beyond the town where the treasures lie. More or less mirroring the distant Mozambique coastline, the landscape north and south of Morondava boasts remote beaches, deciduous forests, sprawling deltas and waterways teeming with life. Exploring the region’s excellent nature reserves is definitely for the more adventurous traveller, while those looking for a laid-back beach break will find a range of hotels and resorts along the beautiful boulevard that runs along Nosy Kely Peninsula. 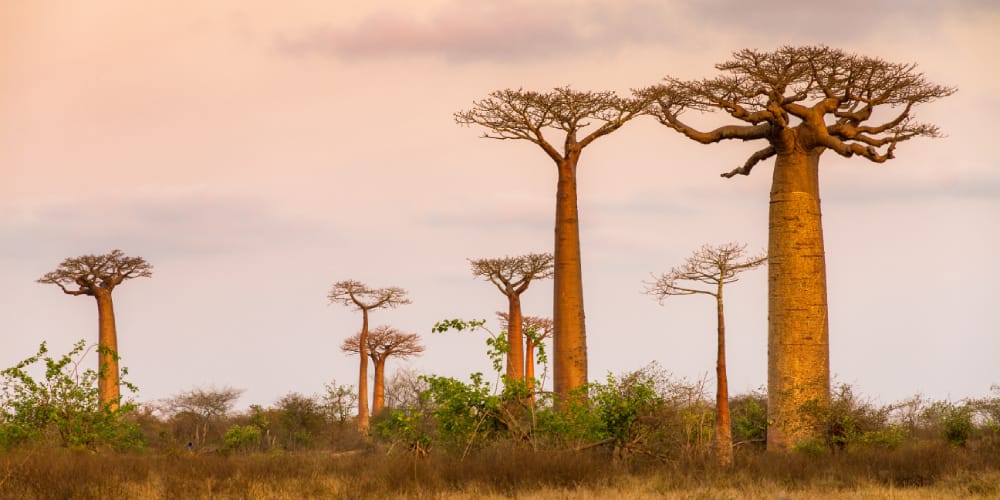 With trees up to 30 metres high, the baobabs along this famous ‘avenue’ in Madagascar are unique not only because of their size but also because this is one of the few places where they’re almost completely unobstructed by surrounding forests. This makes for spectacular photographs, with dawn and dusk the best times to capture their isolated silhouettes against a purpling sky.

Only accessible from May to November (and even then, only via a 10-hour 4x4 drive or chartered flight) this UNESCO World Heritage Site is fantastic for nature lovers. With gigantic grey rock pinnacles (called tsingy) that appear to be balanced precariously on top of one another, and careful walkways and suspension bridges that somehow manage to link them together, it’s an otherworldly landscape. Alien-like succulents, sifakas, crocodiles and chameleons, complete the stunning picture and there are six hiking trails of varying lengths that allow visitors to explore on foot. You’ll find a wide range of accommodation, from basic camping to luxury lodges, at Bekopata just a few kilometres from the park entrance. 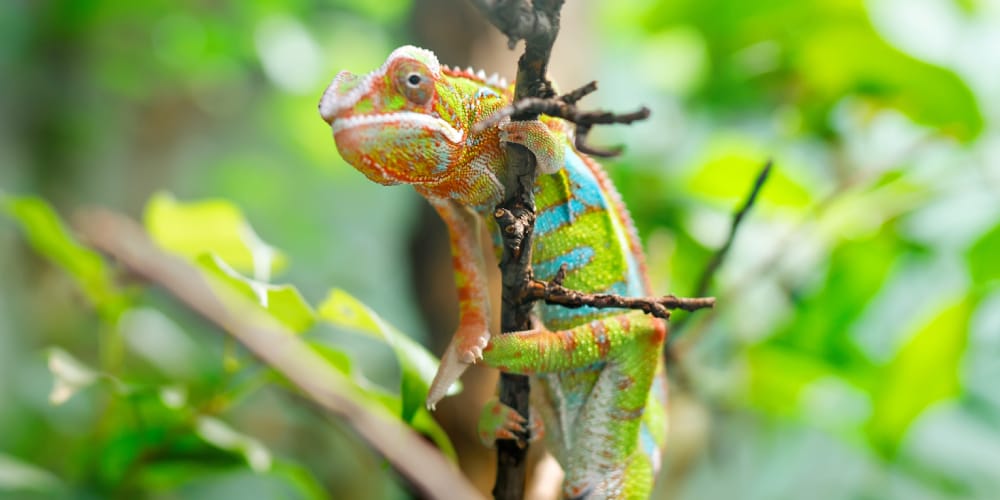 Not to be confused with Kirindy-Mitia National Park, which lies directly to the south of Morondava, Kirindy Reserve is 65km to the north and one of Madagascar’s most recently established protected areas. Despite its history as a logging zone, it’s home to significant concentrations of wildlife and plenty of reptiles, including collared iguanas and hognose snakes. It’s also one of the best places in the country to spot fossa, a rather curious cat-mongoose that eats lemurs and lizards and is endemic to Madagascar.

This region of Madagascar is hot and dry, especially in summer. If you’re planning to hike, rock climb, or spend the day outdoors doing anything physical, then be sure to make an early start and avoid the afternoon heat. Travelling to the national parks and reserves in this area can be a challenge, especially if you’re travelling alone or not staying at lodge that offers transfers. Tour operators generally charge per vehicle with the onus on single travellers to negotiate between themselves to split the costs.

Toliara is Madagascar’s southern paradise. Largely centred around St. Augustine’s Bay, this coastal town and its surrounds are blessed with an excellent mix of…

June is the coldest month in Madagascar, but daytime temperatures along the coast remain pleasant, only sometimes dipping below 20°C (68°F). The arid south is…

November marks the start of the rainy season in central and eastern Madagascar, while the west and south coasts remain relatively dry. Average temperatures continue to…