A beach holiday in Madagascar has all the qualities of a classic romance – long walks along white-sand beaches, tropical sunsets and warm evenings under a blanket of stars. That said, there is such an intoxicating mix of exotic flavours, sights and smells that it doesn’t really matter where you are in the country, there’s always the feeling that you might be swept up in a romance at any time. Madagascar has come a long way in the past few years and there’s increasing choice for romantic visitors. From luxury lodges with honeymoon specials, to fly-in safaris and private-hire catamarans, Madagascar leaves it up to you to set the scene for your next romantic escape. 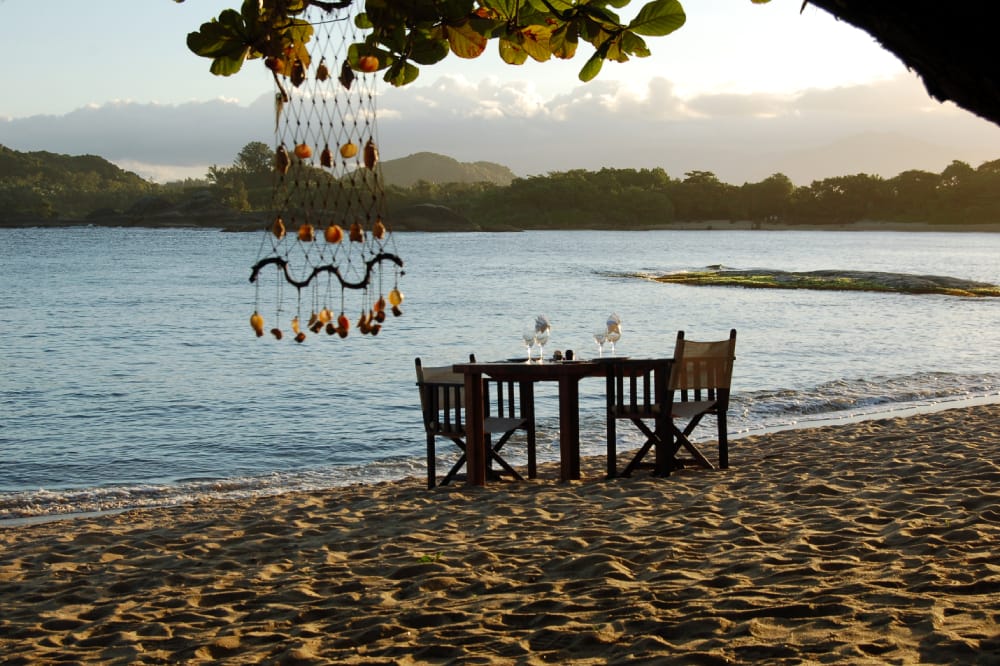 For complete, luxurious, romantic isolation head to Madagascar’s west coast, just north of Mahajanga. Here you’ll find a selection of stunning fly-in resorts where you’ll feel like you have the beautiful beaches all to yourselves. The boutique hotels and upmarket lodges of Nosy Be and Nosy Boraha are also fantastic romantic islands for couples, with palm-tree-lined beaches and clear, turquoise waters. On mainland Madagascar, Antsiranana in the north and Tulear in the south both offer couples the option of mixing luxury oceanside accommodation with the spectacular natural highlights of Amber Mountain National Park and Reniala Forest Reserve. For a truly wild break, Berenty Special Reserve and Ranomafana National Park set an unforgettable scene for romance amongst some of Madagascar’s most breathtaking forest scenery.

Whether it’s a honeymoon, anniversary, or a just an impromptu getaway, a romantic holiday in Madagascar ticks all the boxes. You can take a private boat trip to the Radama and Mitsio island archipelagos near Nosy Be, or watch whales lobtail and breach from the shore on Nosy Boraha. You could learn to surf together in Taolagnaro or search for lemurs on a jungle trek. Of course, and probably most importantly, you can also find a secluded bay in Ifaty, Tulear, or Morondava, and simply while away a sparkling afternoon in each other’s company.

August has a similar climate to July. Days are cool with temperatures on the east coast reaching their lowest for the year, occasionally dipping below 20°C (68°F). The…

To really appreciate the diversity of Madagascar’s flora and fauna you first need to understand its unique geological history. Separated from Africa almost 100 million…

A beach holiday in Madagascar has all the qualities of a classic romance – long walks along white-sand beaches, tropical sunsets and warm evenings under a blanket of…