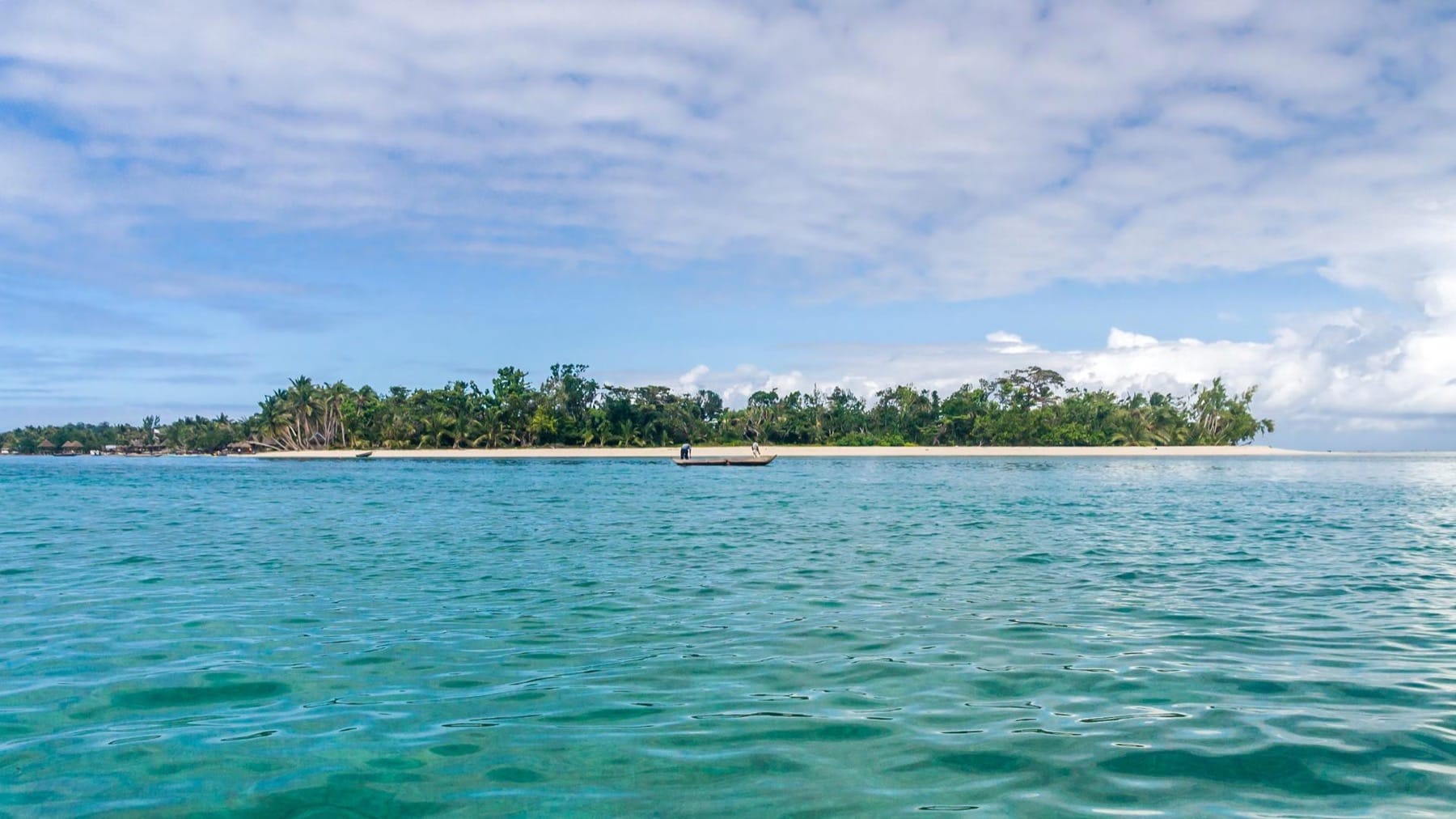 The ultimate guide to your next Madagascar holiday

Where to go Popular Madagascar Holidays About us

Everything you need to know about your Madagascar holiday

Welcome to Discover Africa’s Madagascar holiday guide. The world’s fourth largest island, Madagascar is situated just off the east coast of Africa, home to a wealth of unique flora and fauna. Madagascar’s tropical climate, sun-kissed beaches, friendly locals and diversity of wildlife and flora make it a must-see destination for travellers and wildlife-enthusiasts alike. Few countries on the planet can match Madagascar’s biodiversity – over 70% of the 250,000 wildlife species on the island are found nowhere else in the world, while it’s estimated that 90% of the plant-life on the island is also native to the country. Curate your holiday experience and let us do the rest for you. It couldn’t be more easy.

A Madagascar vacation lends itself to more than just a beach holiday. As the world’s fourth biggest island there is much to explore and be seen on this Mystical Island of Madagascar. To appreciate the full diversity of the Madagascar wildlife, culture, amazing plant life and unusual Tsingy rock formations you need to travel through the forests, through villages and across the countryside, finally enjoying three days of relaxation on the beaches of Nosy Be Island. This adventure holiday tour will take you to the northernmost tip of Madagascar, Diego Suarez and then south-west to Nosy Be Island. Diego is situated on the shores of the second largest natural bay in the world and a strategic safe deep-water harbour to shipping with dry docks and other shipping services. 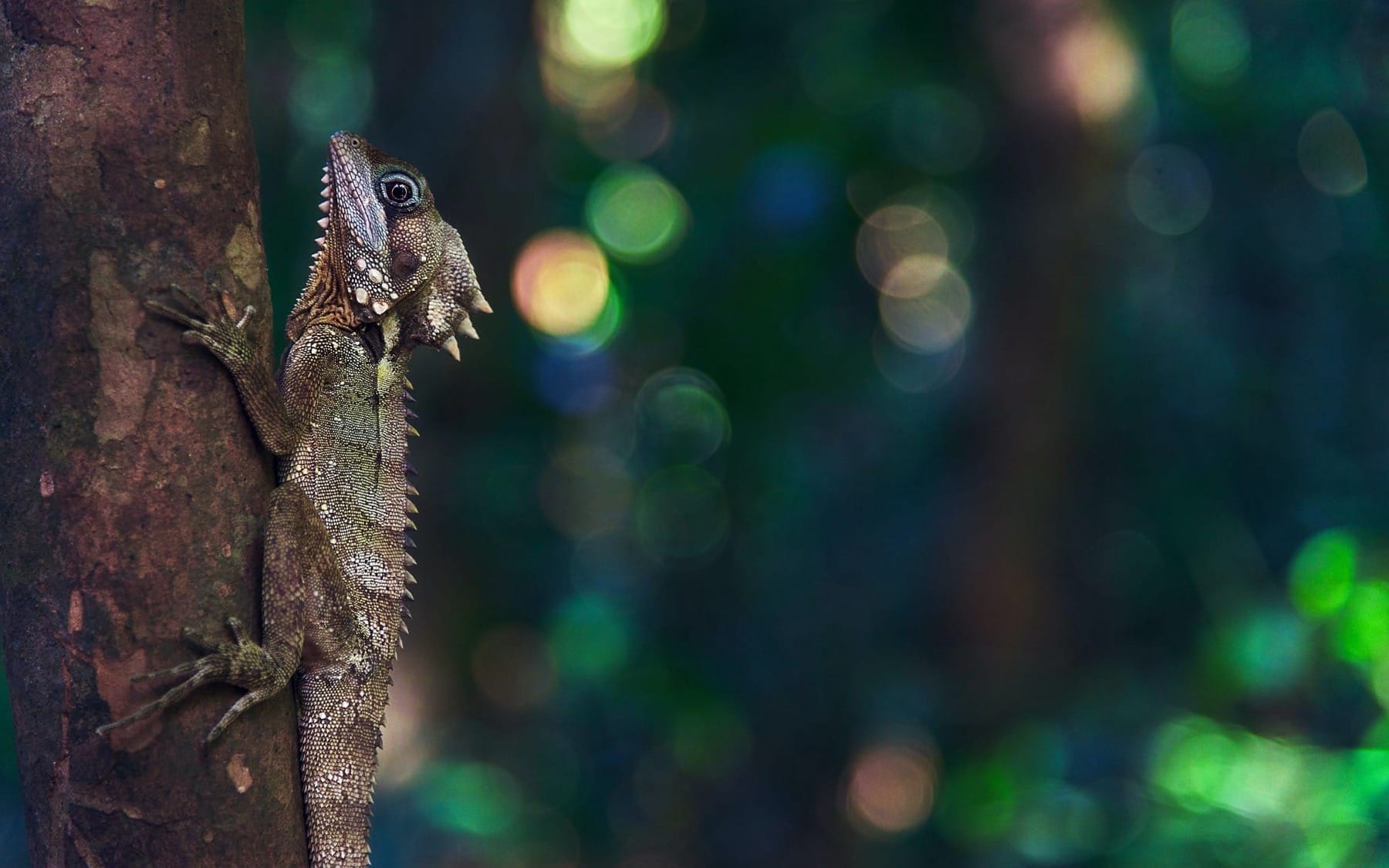 When to visit Madagascar? 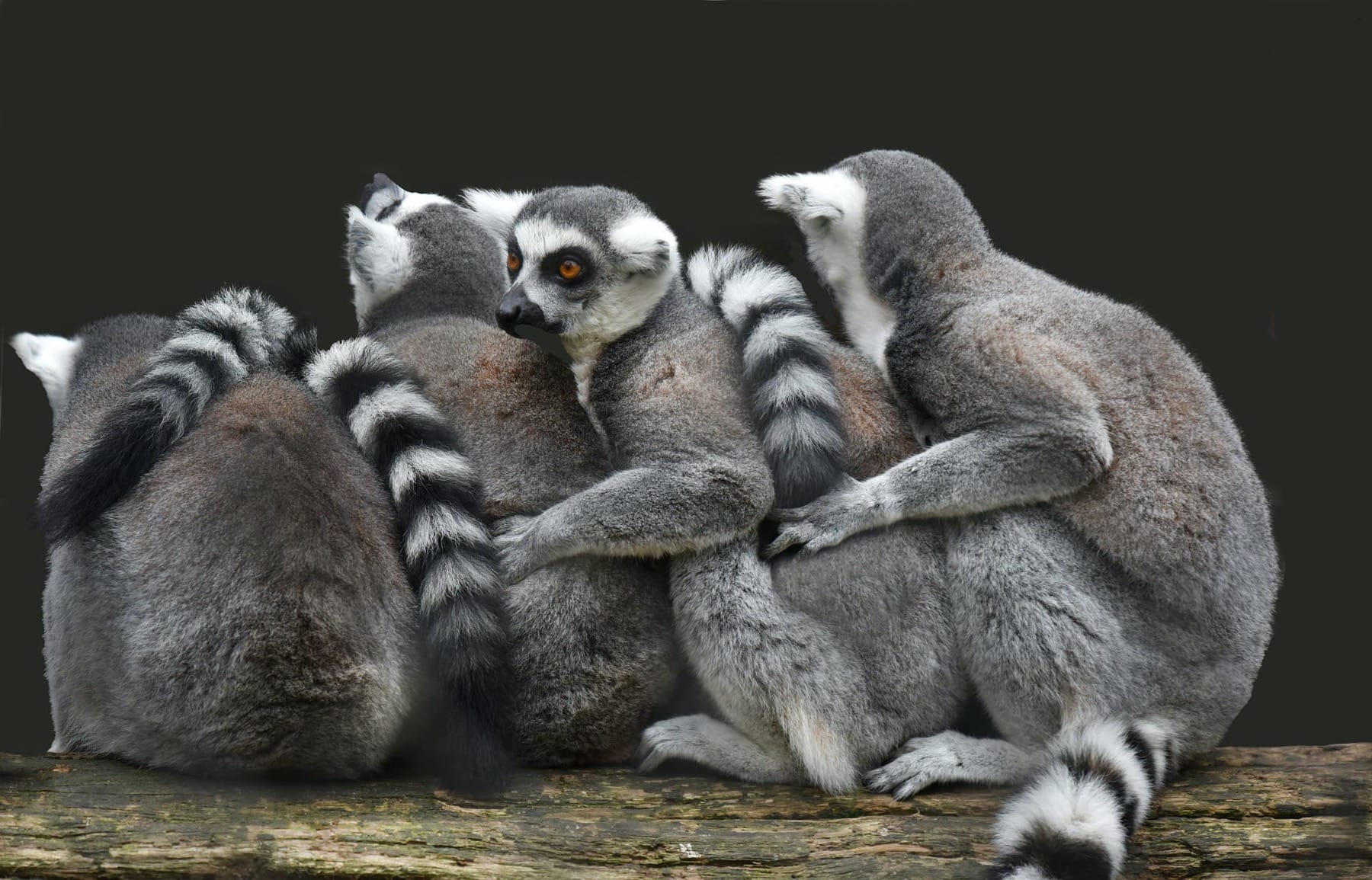 As far as genuinely fascinating destinations go, you can’t beat Madagascar. Beyond the exported images of baobabs and beaches are ancient forests and wetlands filled with peculiar creatures, secret bays once bedevilled by pirates and crumbling citadels built by feuding kings and queens. And that’s just the start…

This is because on Madagascar – the oldest island on Earth – two very contradictory influences have converged to create something quite sublime. On the one hand is a natural history that has unfolded in almost total isolation. On the other is a melting pot of humanity that’s left virtually no one out. Indonesian, African, Arabic, European – all lay claim to an inextricable mishmash of culture that colours Madagascar’s anthropology. And it’s these two seemingly opposed forces - isolation and accessibility - that together have created an island that is truly, in every sense of the word, unique.

For visitors, it’s a recipe that couldn’t be more intoxicating. There are endless shores and ancient reefs, forested trails and lazy rivers. There are tropical islets filled with the smell of ylang-ylang blossoms, valleys that radiate with the scent of lavender and markets where vanilla wafts between pots steaming the air with the aroma of boiling rice. You can hike along vast and deep terracotta canyons that glow red at dusk, ride through primordial jungles on mid-century railroads or zoom through pastel-coloured coastal towns in yellow tuk-tuks. You can explore underground caves home to troglodyte crocodiles, climb massifs once fortified by Allied soldiers or brave suspension bridges that dangle between precipitous spires of limestone carved by the wind. You can also just take your towel down to the beach, order a bottomless cocktail and a barrel of seafood and do absolutely nothing.

You cannot, however, do them all. And therein lies the challenge for anyone planning a holiday in Madagascar. At more than half a million square kilometres it is the fourth-largest island in the world. It spans more than 15 degrees of latitude and straddles the southernmost tropic. Its climate, landscape and infrastructure are as varied as they are on some entire continents. Variations in culture, language and customs are not far behind. To travel from the east to west coast by 4x4 could take as much as three full days. From north to south you can easily triple that.

And so, what makes Madagascar most unique of all is how to plan a holiday here. Whether it’s the swashbuckling shores of the south, the languid beaches of the north, rainforests of the east or semi-arid wonderlands of the southwest, each region is poised to offer different types of traveller exactly what they are looking for, all the while remaining quintessentially Madagascan.

Experiencing all that Madagascar has to offer would take even the most expedient traveller at least a year. The distances are too great and the infrastructure simply too poor to zip from one end to the other, and there’s just no way to tick all the boxes on a two- or even three-week-long holiday. The most enjoyable way to experience this unique destination is to do it one region at a time. With its mix of world-class beaches, exotic cuisine, sublime wildlife and cultural interactions, not to mention superb hospitality and variety of hotels and lodges in all the right places, you won’t feel like you’re missing out by taking it slow. This is an island to experience one magnificent region at a time, with the added bonus that by revisiting you’ll be supporting the conservation organisations and local traders and businesspeople that depend significantly on tourism to keep this wonderful destination going.

To really appreciate the diversity of Madagascar’s flora and fauna you first need to understand its unique geological history. Separated from Africa almost 100 million years ago, the base of all its plants and animals is original marooned stock from the Gondwana supercontinent. While those on the African and South American continents continued to evolve in constantly changing environments, Madagascar’s ancient species were left to develop in relative isolation, miles from anywhere, for millions of years. Sporadic landings from floating and flying seeds (sometimes on air currents and sometimes in the stomach of seabirds) and brief land bridge across the Mozambique Channel, only further contributed to Madagascar becoming its weirdest, and most wonderful self.

Some of its more bizarre creations – 400-kilogram elephant birds, giant sloths the size of silverback gorillas and dwarf hippos a quarter the size of their continental brethren – have been driven to extinction by human colonisation. However, it’s still home to more than 200,000 species of fauna and flora, including 11,000 endemic plant species, 420 different kinds of endemic reptiles, five complete bird families and a variety of mammal species found nowhere else on earth. Per square kilometres this makes Madagascar one of the most biodiverse places on the plane, and one of the world’s officially recognised biodiversity hotspots.

For travellers trying to decide how to immerse themselves in this natural wonderland, it’s best to understand Madagascar as an island of two parts. The eastern flank is mostly made up of dense rainforest, separated from the rest of the island by a long, arched spine of mountains that runs down the length of the country, a few kilometres east of centre. West of the escarpment is drier, made up initially of stark gnarled highlands and then deciduous trees and savannah grasslands as the mountains descend into rolling hills and valleys. Nearer the western shores, the landscape is a mix of marshlands and delta and mangrove swamps, with some arid regions stretching all the way to the coast. The south is mostly arid, with spiny forests, succulents and hardy woods dominating much of the landscape before reaching the shores. The north has its own microclimate. It’s closer to the equator and hemmed in by a half moon of towering massifs making it tropical and humid, but also susceptible to cyclones.

In the moist rainforests, you’ll find ancient cycads, giant ferns, orchids and long-stemmed lianas stretching across the damp undergrowth. Red-bellied-, and rare cyanide-eating golden-bamboo lemurs hang out in the dense canopies. Still more peculiar creations, such as giraffe-necked weevils, giant millipedes, satanic leaf-tailed geckos and a very special species of chameleon no larger than your thumbnail, all hide in the undergrowth.

Found throughout the island are baobabs, including many endemics. Of the nine species of baobab found in the world, six grow exclusively in Madagascar.

Seabirds are also common around the island although, in comparison to its litany of insects, reptiles and small mammals, Madagascar’s population of birds is surprisingly small.

In terms of marine life, Madagascar shares much of its variety with the western shores of Africa. Perennial visitors include hawksbill and green turtles, and humpback whales frequent its eastern bays on their mid-year migration from Antarctica. Madagascar is also notorious for sharks. Its east coast is a well-documented hotspot and as such many bathers prefer the west where the shallow reefs not only offer more protection, but also give snorkelers and divers a larger variety of tropical sightings (more so even than the Red Sea) that includes a wild menagerie of curiosities, such as squirrelfish, batfish, boxfish, flutefish, lionfish, butterflyfish and damselfish. 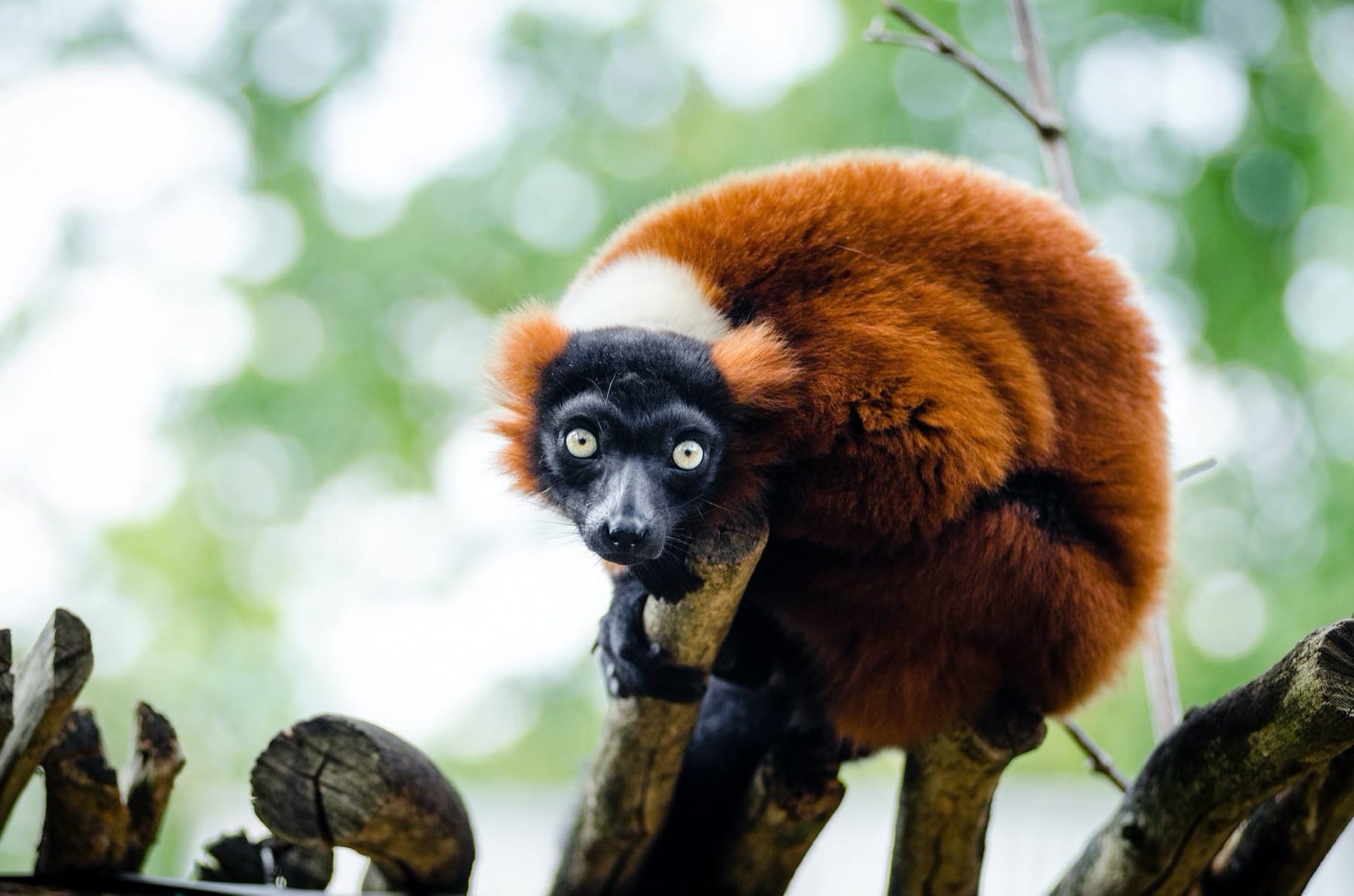 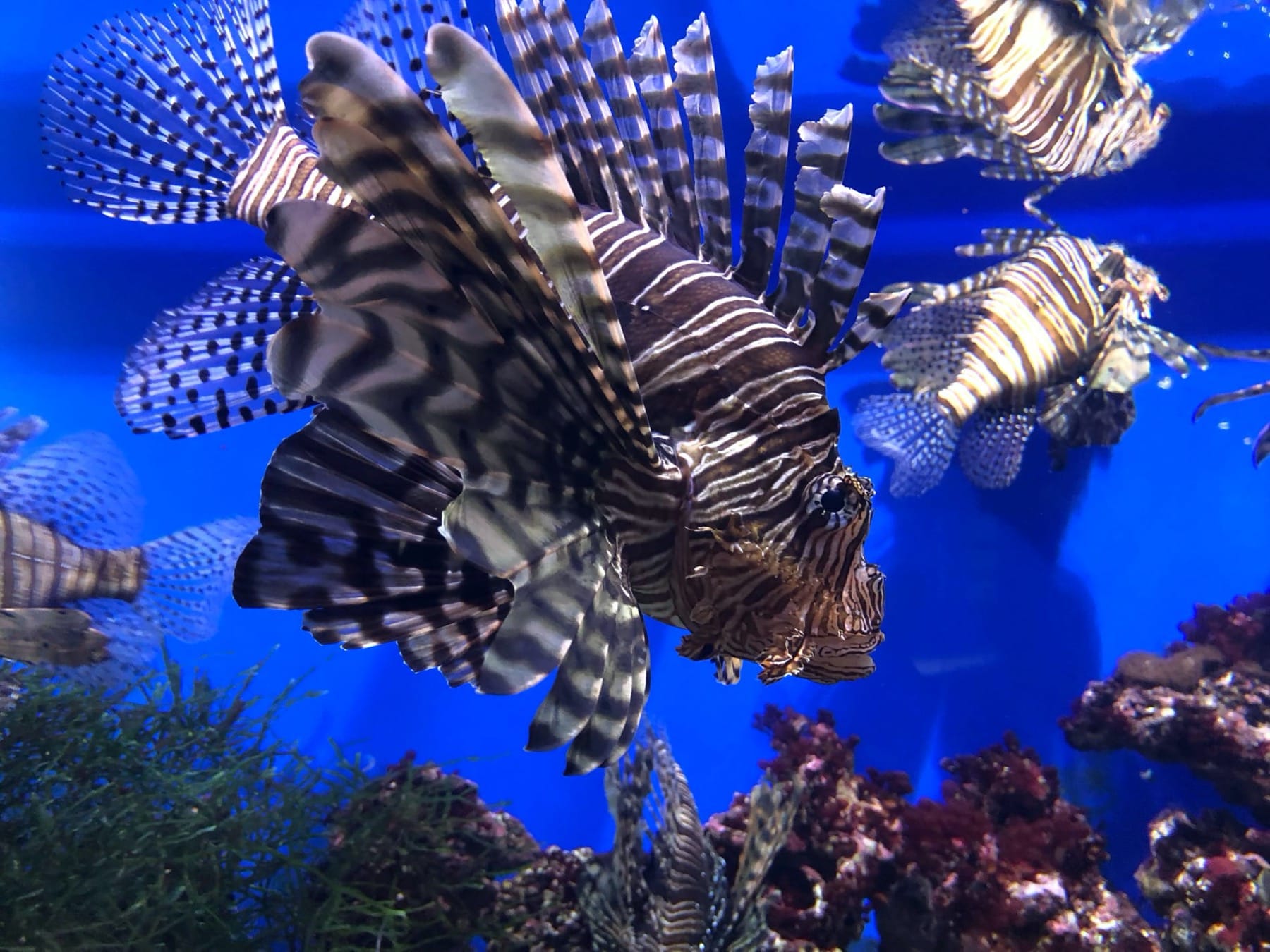