The most untouched, game-rich and remote wildlife destination in Africa.

There are very few places in the world that can offer a wilderness experience like Chief's Island. This prime patch of paradise in the middle of the Okavango Delta is dense with wildlife, including one of the largest remaining populations of elephants and hippos in Africa. Part of the Moremi Game Reserve and the biggest island in the delta, Chief's Island acts as a refuge for many animals and birds during the annual Okavango flood.

“I have camped on Chief's Island and also stayed at the luxury tented camps. But for me accommodation is not important when I am there. This is one of the few places in the world where my wild spirit feels most at home. ”

Chief's Island is one of the most beautiful places in Africa, but it is also one of the most exclusive, with a number of lodges to match. The best-known of these are Chief's Camp and Mombo Camp in the north of the Mombo Concession. These luxury tented camps are well-positioned for incredible predator sightings, most notably lion and leopard.

The National Geographic film Eye of the Leopard by Dereck and Beverly Joubert was filmed on the Mombo Concession, where the star Legadema and her offspring still provide regular sightings for guests. In addition to the predators, Chief's Island is home to large herds of zebra, red lechwe, elephant and wildebeest. From time to time, packs of the rare and elusive African wild dog can also be seen running through the area.

Why you need travel insurance in 2018

You’ve finally booked that dream safari in Africa and as you touch down at your destination, you’re filled with trepidation, wonder and excitement for the trip of a lifetime. The sights and sounds of a foreign country can be… read more

The ultimate guide to preparing for a luxury African safari

The African savannah is often portrayed as a warm and dry destination, and may result in unwanted surprise for travellers who aren’t properly informed about what to expect in the bush. With the right advice and guidance, knowing what to… read more 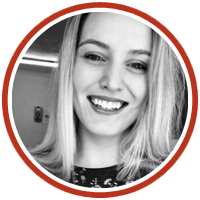