Nosy Be is a small island a few kilometres off the north-western coast of Madagascar. It’s Madagascar’s quintessential beach-holiday destination, with a delightful climate almost year-round and white-sand beaches so pure they squeak. Its coral reefs are colourful and prolific and the tropical waters, warmed by the Agulhas Current, beckon you in. Inland, forested reserves and lush ridges are home to island birds, peculiar reptiles and lemurs, making Nosy Be an unmissable destination for sun seekers and nature lovers alike. On its south coast, the small port town of Andoany (more commonly known by its former French name, Hell-Ville) connects Nosy Be to mainland Madagascar by ferry. It’s awash with bright colours, tuk-tuks, old colonial buildings and busy markets selling fresh seafood and spices and everywhere the hypnotising scent of ylang-ylang blossoms drifts through the air. 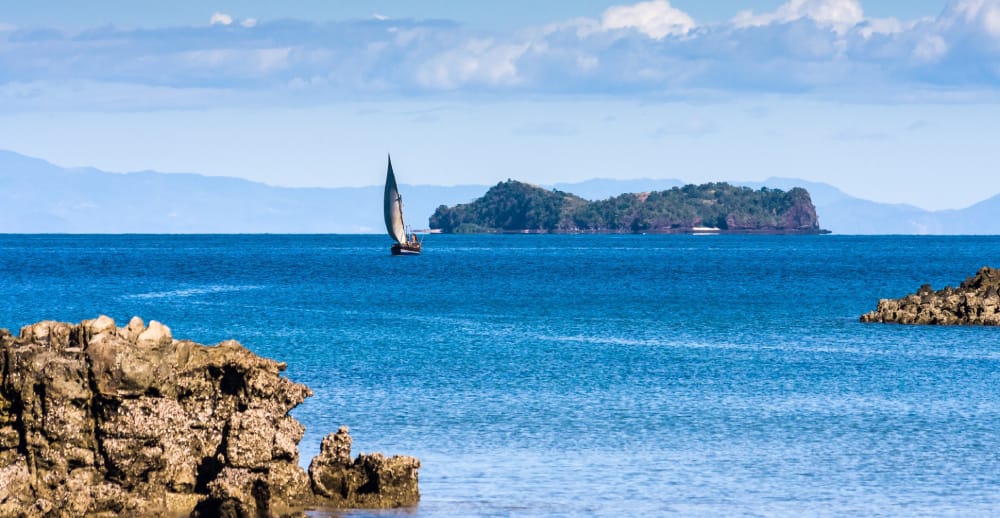 Go snorkelling or scuba diving: Nosy Be’s inshore waters are shallow and protected by colourful coral reefs, making this one of the safest swimming spots in Madagascar and perfect for families. The majority of hotels and seaside resorts provide gear and offer snorkelling excursions for all ages, while many also organise scuba-diving trips for more adventurous guests. Marine highlights include hawksbill-, loggerhead- and green turtles, which swim through the underwater meadows and use beaches on the nearby archipelagos for nesting. Reef visitors include clownfish, pufferfish, batfish and butterflyfish and lucky divers might spot dolphins, humpback whales or even a whale shark at the right time of year.

There’s something particularly exotic about exploring an island with the wind in your hair and Nosy Be is the perfect place to do it. The island is circled by a ring road so it’s almost impossible to get lost. It also gives you the freedom to explore some of the lesser-visited bays and for budget travellers it’s much cheaper than paying for a taxi.

A visit to one of the markets in Hell-Hell-Ville is an incredibly fun excursion filled with just the right mix of chaos, exotic sights, smells and sounds. It also gives you the opportunity to buy arts and crafts directly from local artists and support the local economy. 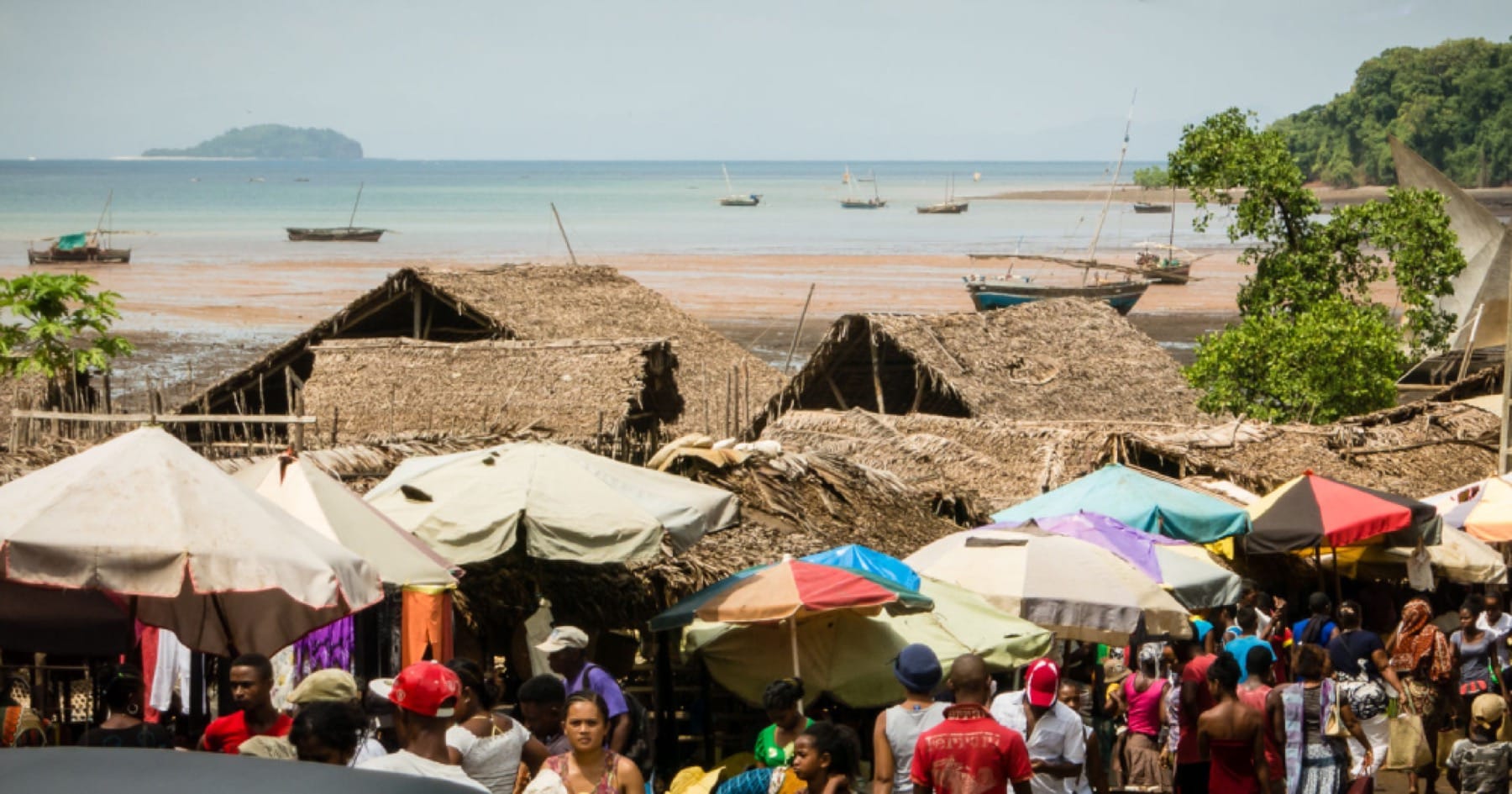 Get even closer to Nosy Be’s incredible marine life by hiring a live-aboard catamaran and spending several days exploring the nearby islands of Radamas and Mitsios. Catamarans are available for groups or families with exclusive service (you won’t be sharing with strangers) and generally come with their own private chef. Whale watching excursions can also be arranged, while deep-sea fishing is a year-round activity with kingfish, sailfish, wahoo, mackerel and yellow-fin tuna on the bill. 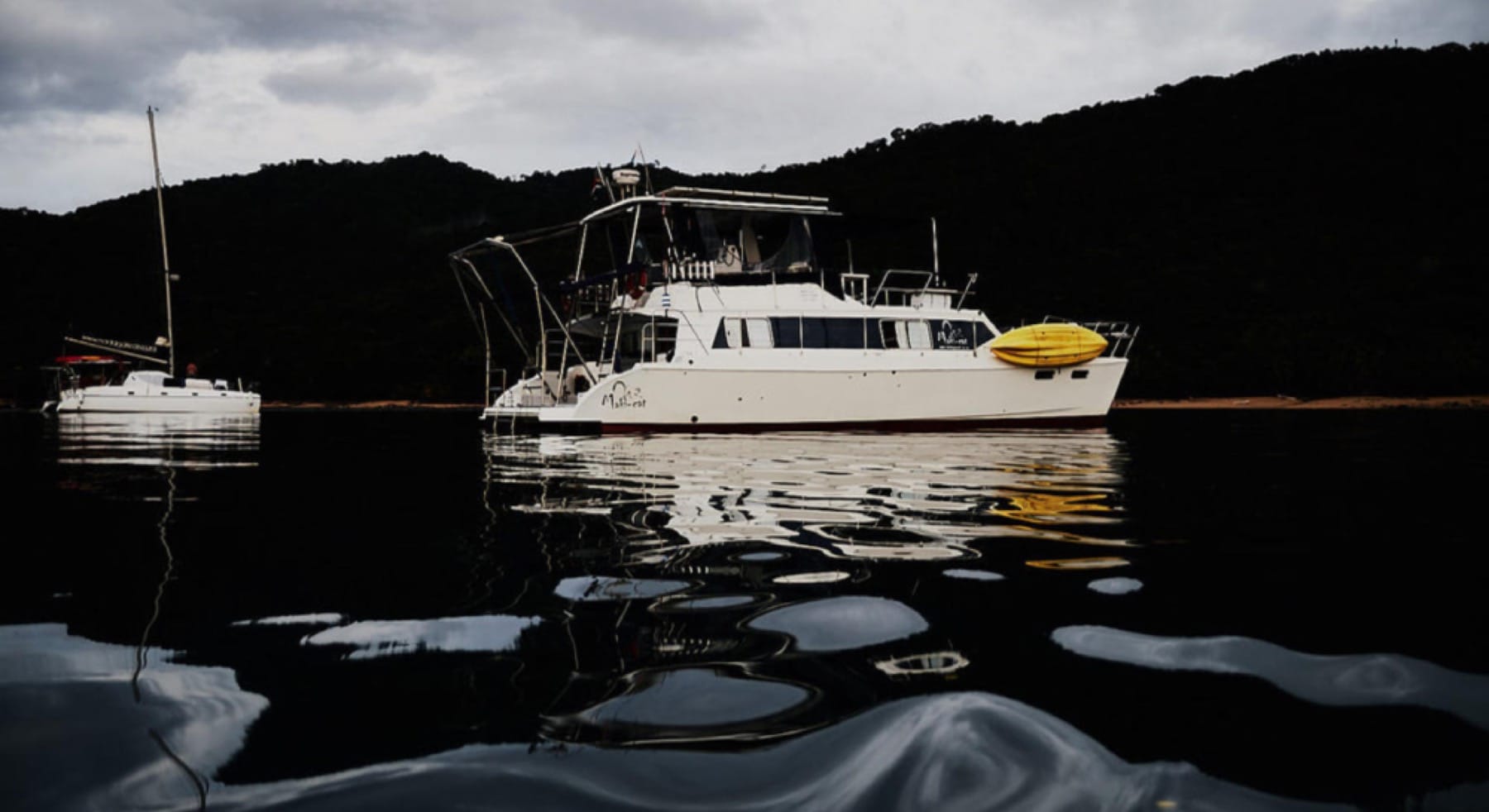 For landlubbers, Nosy Be’s Lokobe National Park offers a magical mix of island flora and fauna which visitors can spot on one of three hiking trails. These range from an easy one-hour forest meander to a more challenging three-hour route. There’s also the option to hire a pirogue (small dugout canoe) and explore the shores of the park from the water.

Toliara is Madagascar’s southern paradise. Largely centred around St. Augustine’s Bay, this coastal town and its surrounds are blessed with an excellent mix of…

Travelling alone can be daunting regardless of where in the world you go. On a remote island with a beleaguered infrastructure, it can seem all the more formidable. The…

March is still very much within Madagascar’s wet season, with recorded rainfall up to 280mm in the northeast and around 25mm in the south. Recent years have seen some of…