Crocodile takes down zebra at the main crossing point

After lunch, we headed over to the main crossing point, hoping to see a large crossing. We paused briefly to take a picture of wildebeest and zebra which are now just outside Governors’ Camp. As we arrived at the main crossing point on the Mara River, four zebra were half way across the river. They all made it safely to the other side.

When the zebra and wildebeest refused to cross, a young zebra led three other back across to the other side, perhaps to show the others how safe it was. After a few minutes, a large group of zebra gathered at the rivers edge, had a quick drink, and decided the time was right to cross. The zebra lead the charge, and made it across the river with apparent ease. Some young zebra struggled slightly to keep their heads above water but all made it across safely.

Moses, our guide, spotted a crocodile approaching. This crocodile appeared to be an inexperienced hunter, but with so many opportunities, it was unlikely to be hungry at the end of the day. The croc eventually managed to take down a zebra. The crossing paused momentarily and the animals gathered on the banks, looking nervously at the water.

On the way back to camp we stopped and watched an approaching herd of elephants. They raised their trunks in the air, picking up scents in the distance. A group of vultures alerted us to a kill not too far away. We passed two lions feeding on a young wildebeest. The vultures were gathered near to another carcass, which three hyenas were feasting on. With the migration having arrived, there is plenty of food to go around for the predators of the Masai Mara. 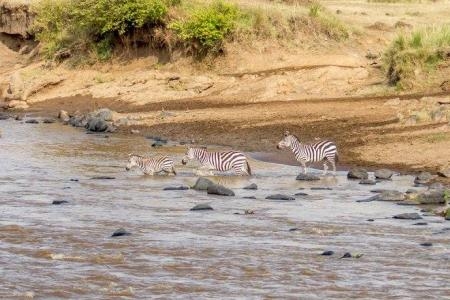 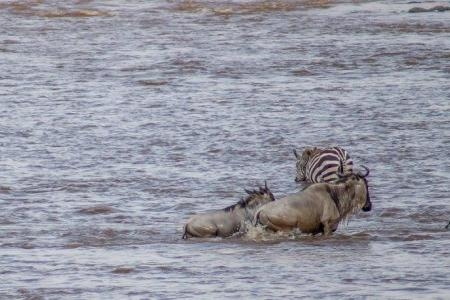 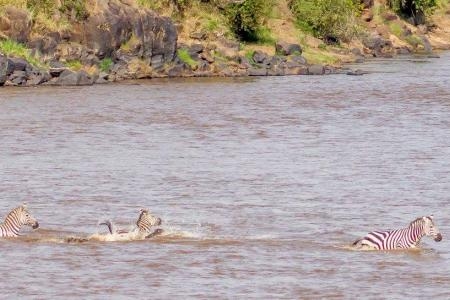 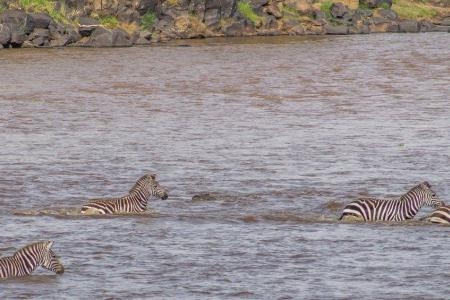 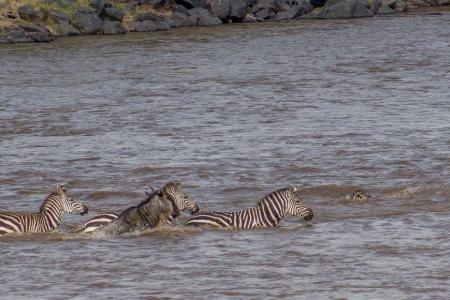 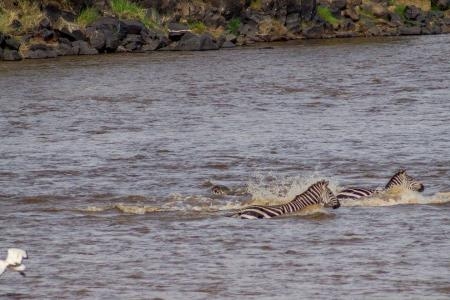 Previous: Wildebeest move from west to east at the main crossing point

Next: All action at the Mara River’s main crossing point